Is Inductor peak current same as the Inductor Inrush current

I am using a DC-DC converter which is having an inductor rating of 68uH and 2.05A.

I am using a current probe and measuring the current through the inductor.

And since the inductor is rated for only 2.05A, won't this high current damage the component even though it is for a short duration?

Inductor Peak current (below is the waveform captured during the start-up of the DC-DC converter): 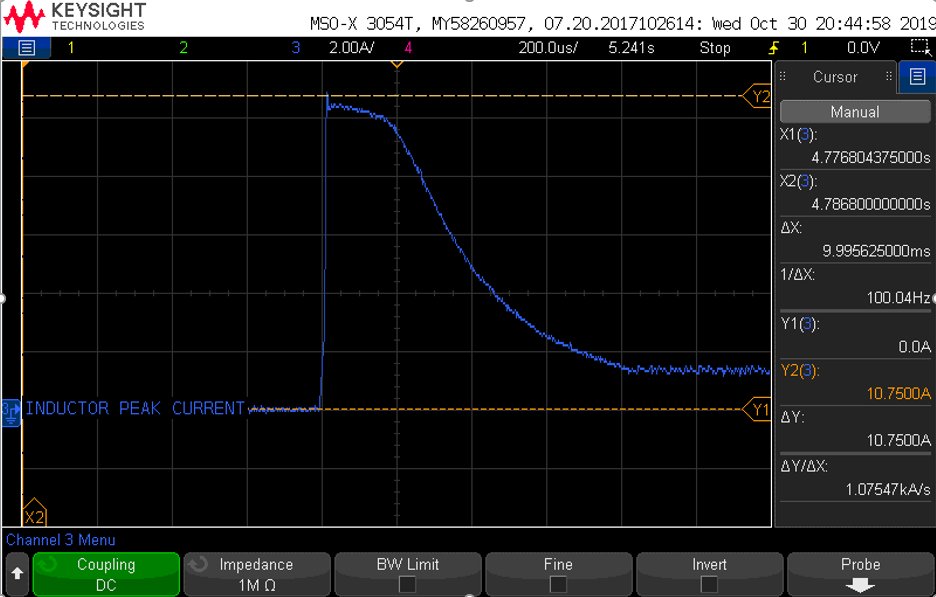 Inductor RMS Current (below is the waveform captured during normal running condition of the DC-DC Converter) : 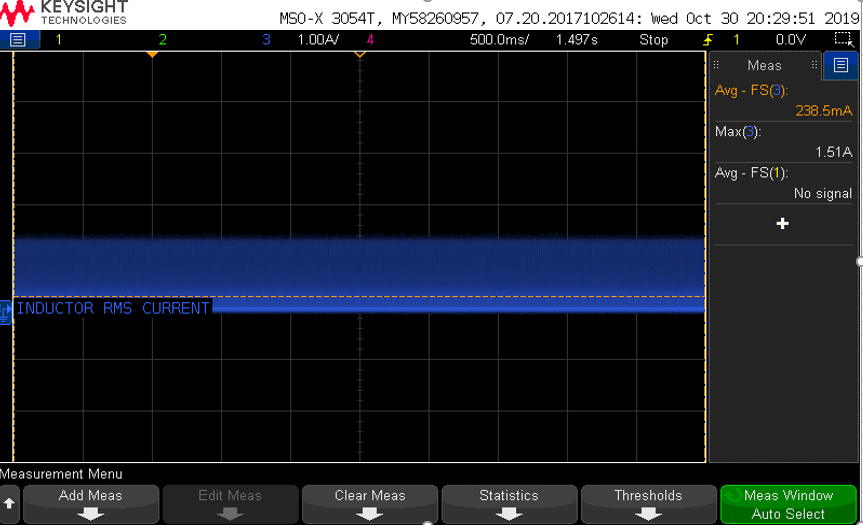 I assume this is a boost converter since inrush of that magnitude would be unusual in a buck or buck-boost converter. (Though you leave out a lot of information that would be helpful, like topology and schematic.)

A boost converter has a direct path from the input through the inductor and diode or synchronous rectifier to the output caps. So there is typically a large inrush current.

Technically, the peak of the inrush current is by definition the "peak" inductor current, but that's not what we usually mean in a DC-DC converter when we use the term "peak current". So you can consider that the inrush current. The peak current is the maximum current at the top of the inductor current waveform when the converter is in normal operation. It's what is meant for example by "peak current mode" control. Typical you put a short wire in series with an inductor and use a current probe to measure the inductor peak current.

When you exceed the saturation current of the inductor, the inductance drops to a very low level and you just have the parasitic resistance (L, ESR) and the diode's dynamic impedance between Vin and the output caps. So the inrush can be very high as you note.

It is short duration, and it's not likely to damage the inductor, but it could damage the output rectifier. You have to check each component including the inductor to see if it can withstand the inrush.

One trick you can use is to bypass the inductor and diode with a rectifier rated for high pulse currents directly from the input to the output. Then all the inrush current passes through the diode, which is then reverse biased when the converter starts up. 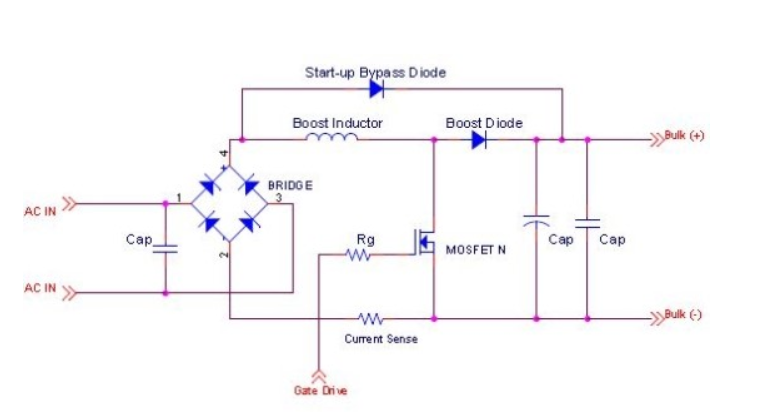 EDIT after the schematic was added to the post:

It looks like you're using an SS34 diode, rated for 100A peak half sine current. So no problem there. I can't quite make out the inductor part number (it's also good form to add links to your component datasheets in your question) but it's unlikely that such a short duration inrush would damage an inductor. If there's any chance that the converter would start and the FET would turn on during the peak inrush you will have to check the FET SOA to see if it can handle it as well. The datasheet for the controller doesn't specify the startup characteristics very well and I can't read the FET part number so it's impossible to know for sure.

Still, it seems like you have no need for a bypass diode in your application. It will probably be fine but without doing the proper due diligence I can't say for sure.

The output capacitor C152 (=330uF) is empty and it gets charged to the input vpltage. Your inductor probably has a ferrite core which will get saturated above 2A and that allows as much current as there's available, only circuit resistances limit the inrush. The inductor does not get harmed, it operates again as inductor when there's not too much magnetization.

NOTE: There's an older answer by user John D. He saw this without a schematic.

In addition to the effect of the input capacitance charging up, switching regulators present a negative input impedance.

This will cause a large input current to flow at startup.

See this App note from Vicor.

with \$η\$ being the efficiency of the converter.

Not the answer you're looking for? Browse other questions tagged dc-dc-converter inductor current-measurement high-current inrush-current or ask your own question.