To be more specific, there's this thermistor I scavenge from an old medical thermometer. 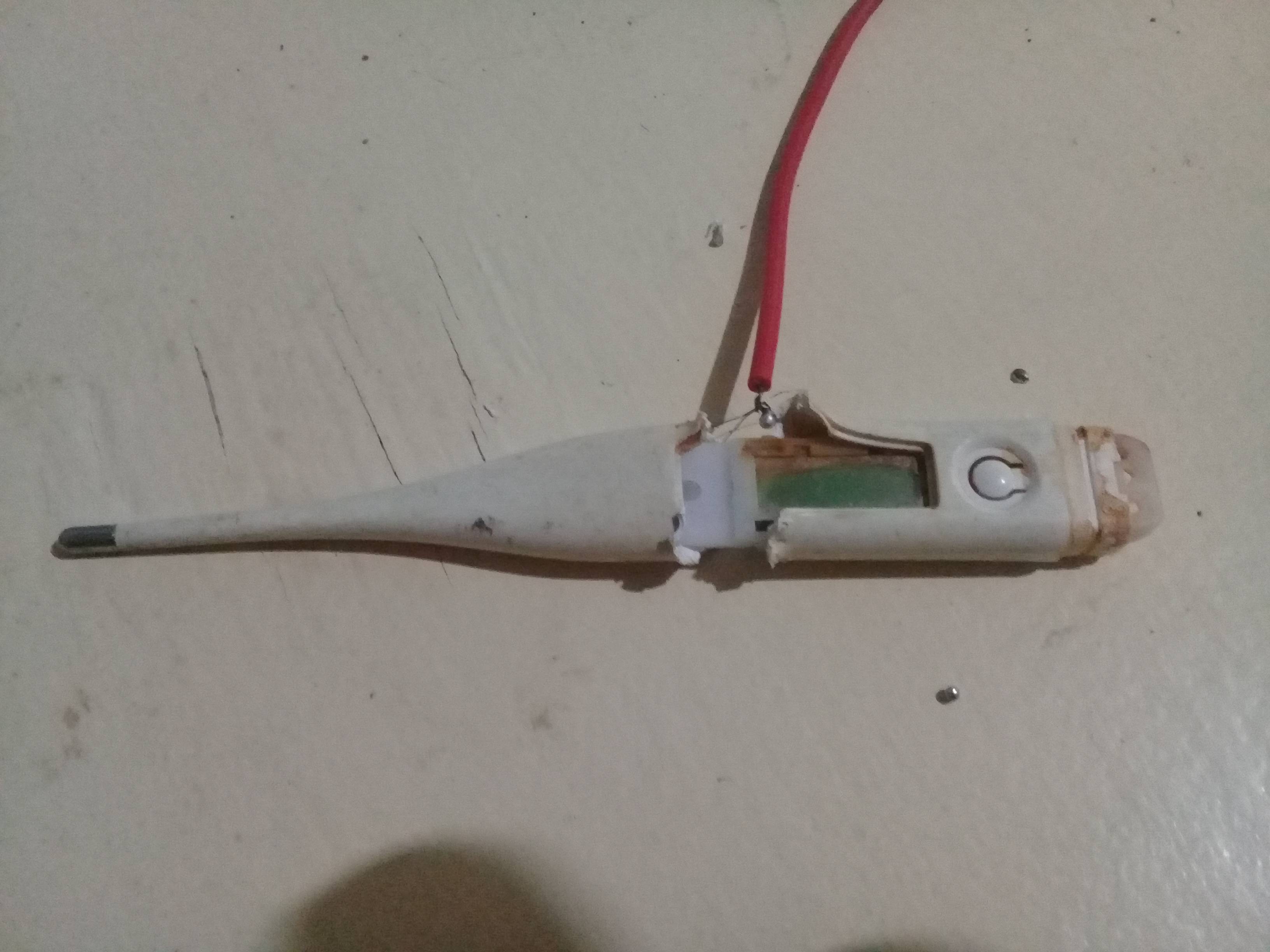 Cut to the chase, I connected my multimeter to the two wire of the thermistor where my multimeter shows a resistance of 40.9 kilo ohm at normal temperature. 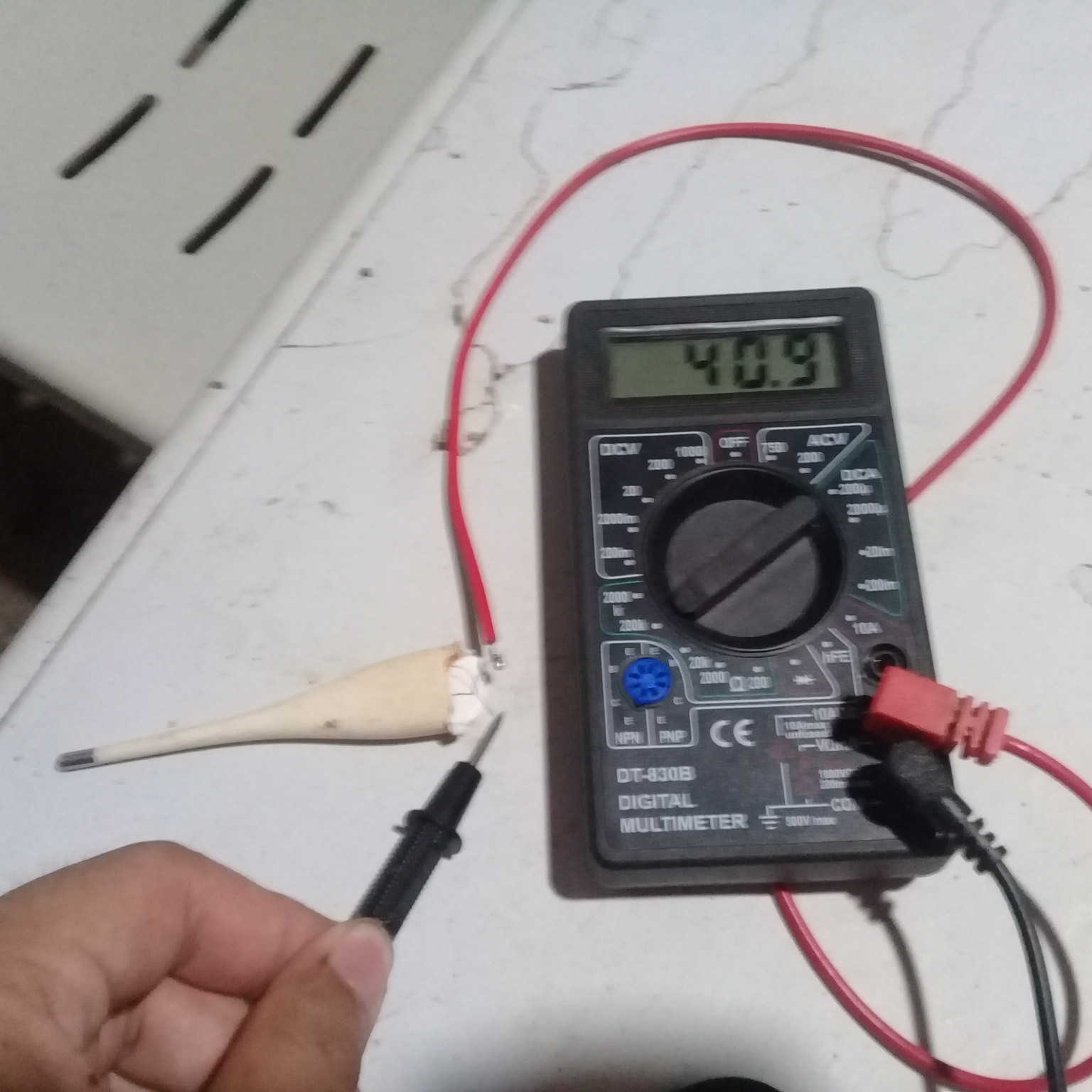 Blasting it with the heat of my soldering iron and I got a resistance of 8.8 kilo ohm (I'm really sorry for the bad angle. It's hard holding it here while taking a shot) 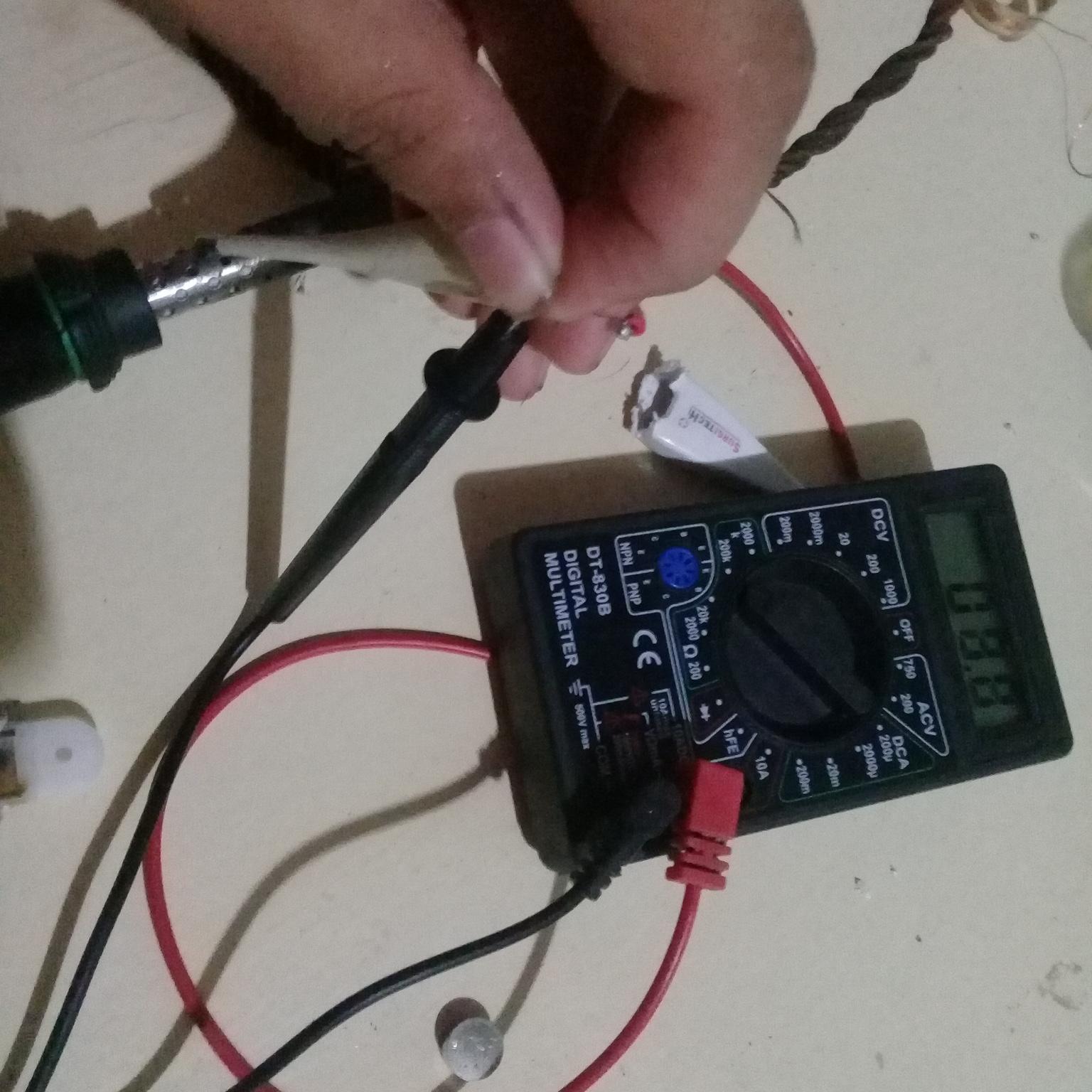 When trying to cool it off using my refrigerator, the resistance would become higher than 40.8 kilo ohm.

The question here is, Is there a way to calculate the temperature from the resistance it gave?

Those cheap home thermometers use a (relatively) precision NTC thermistor that was first developed in Japan in the late 1980s (IIRC). The easiest way to figure out the thermistor specifications is to replace the thermistor with a variable resistor and find the values that give specific readings on the display.

Of course that only works if the unit is still functional. If not you can try to create specific temperatures, maybe by mixing warm and cold water, and calibrate with another accurate thermometer.

A typical spec for the type of thermistor used in this kind of consumer application is 54K +/-10% at 37°C and \$\beta_{32-42} =\$ 3700 +/-2%. The thermistor will work over a wider range, but it's specified for measurements of human body temperature. The loose reference resistance spec means that the measuring circuit has to be calibrated (each unit individually) with a trimpot or digitally, since that represents a few °C tolerance, which is totally unacceptable tolerance for the application.

Once you have the two parameters, as above, you can calculate the temperature from the resistance using the simplified Steinhart–Hart equation (c = 0).

If you end up trying to calibrate the thermistor for a more general purpose application, more common reference temperatures used for the measurement of beta are 35°C and 85°. You can mix hot and cold water in a large pot or whatever to get stable temperature readings on a second reference thermometer, (assuming you lack a laboratory dry block calibrator). The resistances at lower temperatures are fairly high, so you need to keep moisture out of the probe.

If this sounds like a lot of trouble, you can buy a thermistor with known specifications for a dollar or so. You might want to check and see if my values happen to be correct for your part (you can very easily check at 0°C and 100°C using ice-water slurry and boiling water- the latter check will be less accurate) and if they don't pan out, toss the thing.

The relationship between temperature and resistance for a NTC thermistor is defined by the Steinhart-Hart equation. For this equation, you need 4 constants that are provided by the thermistor manufactures. The equation is:

T is the temperature in deg C, Rth is the resistance of the thermistor, and a, b, c, & d are the 4 constants from the manufacturer.

Depending on the accuracy needed, you could drop one or both of the higher order terms.

Like Spehro said, it's probably a lot easier to just buy a new part and then you'll have the characterization data for it.

Is there a way to calculate the temperature from the resistance it gave?

2
Finding equation of curve for NTC type thermistor
2
How do I determine whether a sensor is a thermocouple or a thermistor?