beginner here, searching for some guidance as I set up my first multiplexer.

My breadboard was wired as follows: 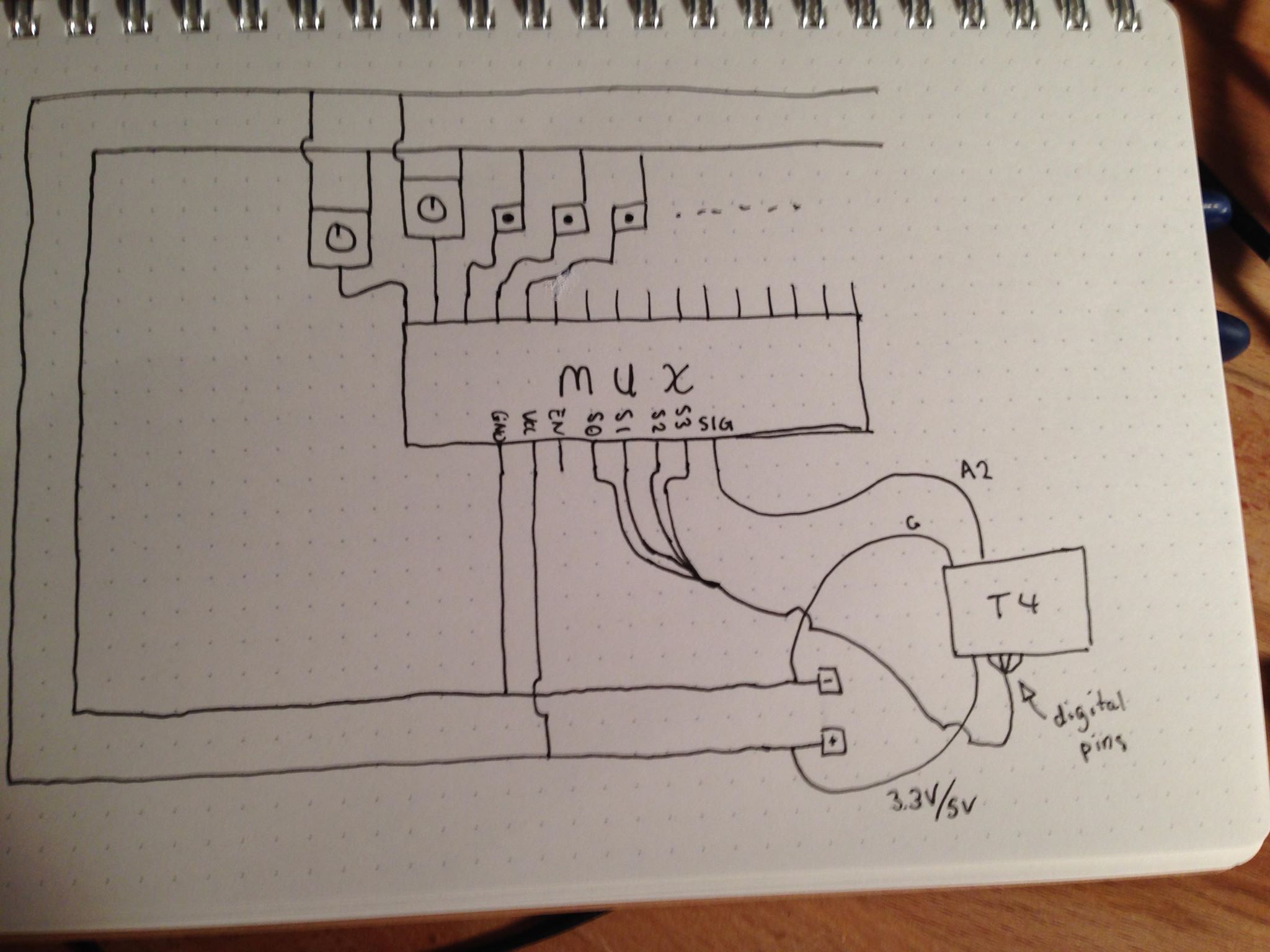 Obviously I'm doing something wrong here, but the first thing that confuses me is that before attempting this wiring with the multiplexer, I was attaching the knobs and buttons directly to the input pins on my T4 which worked no problem. Why was the wiring ok without a multiplexer but stopped working when it was added? A friend of mine noted that my wiring wouldn't work because the buttons were just floating, but it worked fine when directly hooked up to the digital input pin.

When I looked online to see how other people were wiring multiplexers for their projects, it appeared as though they were doing the same thing I did in this diagram, with the exception of adding a resistor between the current and the knob/button. Will this solve my problem? What value resistors should I be using?

If anyone could help me design a wiring setup that will work for me I'd really appreciate it!! I'm scrambling to finish an overly ambitious Christmas gift that has had a lot gone wrong and I'm in the final stretch!!

If you're using a CMOS analog multiplexer such as a 74HC4051, you must connect all digital inputs to the proper logic level (it's okay to let analog pins float).

In your case, you seem to have left the ENABLE pin open. It needs to be tied to the appropriate level (low in the case of the 74HC4051 since it's actually an /ENABLE input).

Not the answer you're looking for? Browse other questions tagged arduino multiplexer breadboard teensy or ask your own question.