Popped a power supply fuse - What did I do wrong?

I recently purchased a 5V 40A power supply that looks similar to this: 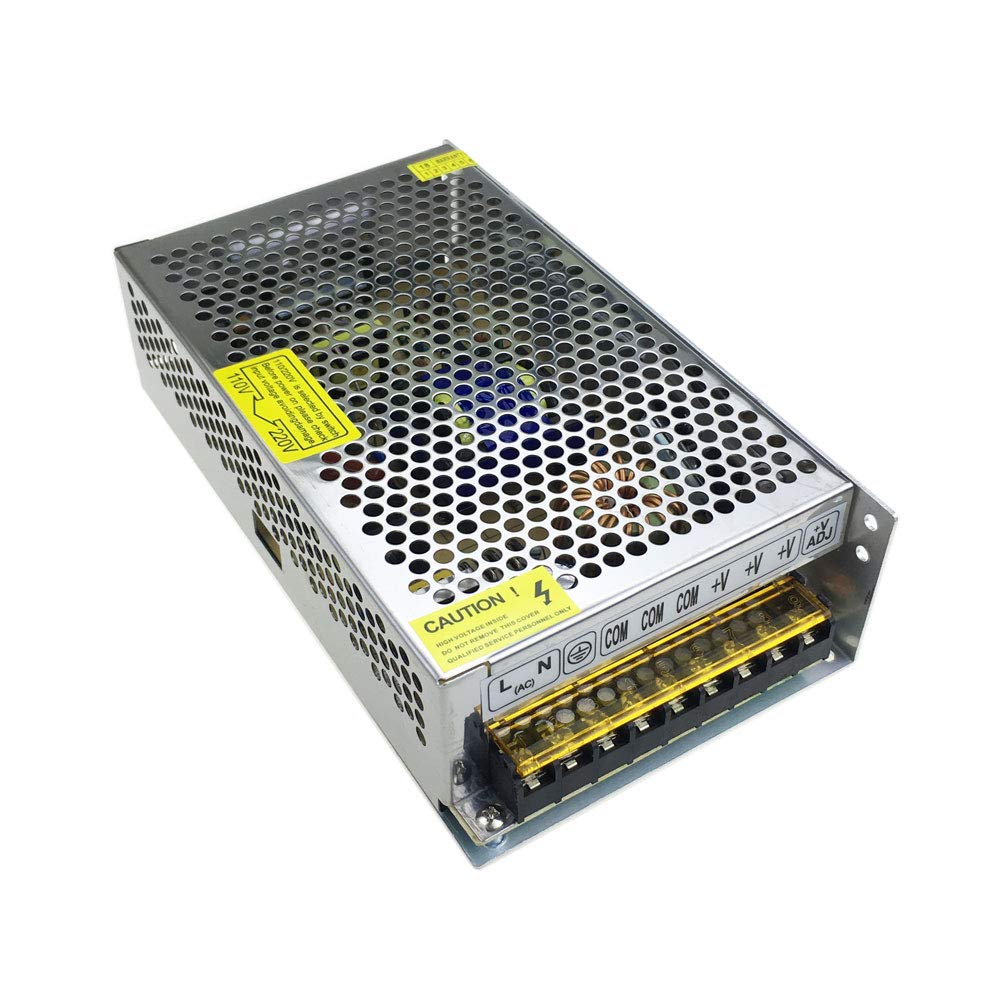 It didn't come with a power cable, so I found one that I wasn't using and stripped the side opposite the three-pronged side (the other side was a female connector that looks like what you'd plug into a computer power supply).

After stripping it, I noticed that there were three wires, each a different color:

I plugged the power supply into the wall, and there was a bright, blue light for a fraction of a second, and then nothing. I unplugged it immediately, waited a bit, and tried it again; however, the positions beneath +V were not supplying any voltage, so I assumed it was dead at that point.

After waiting a bit, I opened the power supply cover and noticed that the fuse looked like it wasn't there anymore. I also noticed that the copper for the neutral and ground wires were very close to one-another, but didn't seem to be touching.

What exactly did I do wrong to cause the fuse to burn up?

Did the copper of both the neutral and ground wires being close together cause it to arc, resulting in a short?

that looks similar to this

The words "looked similar to" are setting off alarm bells here, if you bought a power supply from a reputable vendor you should be able to give us a link or a part number or something! So I would guess you bought this from a less than reputable source.

After stripping it, I noticed that there were three wires, each a different color:

That would be the normal american color code. Even if the colors were somehow wrong it would not have resulted in blowing the fuse in an otherwise disconnected power supply (it may have resulted in you getting an electric shock but that is another story).

Did the copper of both the neutral and ground wires being close together cause it to arc, resulting in a short?

P.S. I usually use insulated ring crimps on power supplies like these. I find they give a secure result and make the connections more touch-resistant than they would be if bare wires are used (though still far from touch-proof, a power supply like this should be inside an enclosure).

Not the answer you're looking for? Browse other questions tagged power-supply power wire fuses or ask your own question.

11
How can I use an ATX power supply for my own experiments?
2
Increasing wire gauge by twisting pairs
2
required power supply for nichrome heating element?
1
wiring a 3 position toggle switch for two devices?
2
Wire color coding: not sure about the correct wire
0
USB-C cable layout
0
Wiring a power supply, arduino, and LED strip together?
1
110vac to 24vac transformer question