Home automation: why is wireless more popular than data over power line? [closed]

Ask Question
Asked 3 months ago
Active 3 months ago
Viewed 120 times
0
\$\begingroup\$
Closed. This question is opinion-based. It is not currently accepting answers.

This is a question for discussion... I have recently started looking in to home automation and "smart devices" and see a clear tendency for everything to run on WiFi, with some exceptions of bluetooth, Zigbee and Z-wave.

But why data transfer via power line (PLC) is not a thing, really? It sounds much cleaner without all that RF noise?

I've looked in to power line modem chips and they are quite expensive ($3 and up), compared to ESP chipset. Is this the reason?

Multiple PLC devices also need a single interface ("hub") to WiFi. Is this another reason?

From comments it looks like main issue with power line communication is noise. An example of X-10 was mentioned and I have quickly found this product, which has been discontinued: http://www.csi3.com/homevis2.htm There's a PDF explaining all sorts of problems the X-10 protocol suffers from: http://www.csi3.com/app_x10.pdf

Basically X-10 will be killed by any equipment that injects noise close to zero-cross, for example brushed motors.

From quick search it looks like X-10 is a very primitive protocol and has no error correction or other more modern means of noise immunity or bandwidth sharing.

There are LAN modules out there, sold even today (and not that cheap), but these were outperformed by WiFi some time ago, so WiFi is an obvious choice for high speed connection. However low-speed communication potential seems to be forgotten... If only there was a way to combine robustness of LAN-over-AC and low price at low speed...

But why data transfer via power line (PLC) is not a thing, really? It sounds much cleaner without all that RF noise?

As someone having worked with the powerline channel: Hahahahaaa.... hahaha.

The noise on a power line that is meant to transport power to power supplies, small fast-turning commutated motors, large slow-turning motors, large heaters, and a bazillion of electronic devices is by far worse in any usable bandwidth compared to what you see in RF on an ISM band.

And to make matter worse: where it's very doable to impedance-match an antenna for a range of frequencies large enough for communication, powerline has a very frequency-dependent impedance, and especially the frequencies with low noise are the ones that are lower in impedance and thus require more power to drive.

Oh, and to make matters even worse: even for very narrowband usage, the channel isn't stationary, but at the very least highly cyclostationary (with grid frequency), where there's times that are very badly usable, at all. One can deal with that, but it comes with an inevitable waste of power, or with an non-deterministic latency in the order of a grid period, making this a very undesirable medium for time-critical control.

I've looked in to power line modem chips and they are quite expensive ($3 and up), compared to ESP chipset. Is this the reason?

Cost is usually the result of technical complexity and volume. But yes, powerline comms requires a very strong driver frontend, because the impedance of power line of course is very low (you want that, or else you'd be losing a lot of energy when using the powerline for power). That's hard.

$3 for a PLC chip is pretty impressively cheap, by the way. One of the reason a very wideband, complex, impressive chip like the ESP32 is even cheaper is the economics of scale, and the different expectations for reliability.

Multiple PLC devices also need a single interface ("hub") to WiFi. Is this another reason?

But why data transfer via power line (PLC) is not a thing, really?

PLC is mostly dead, at least indoors, because RF turns out to be easier, requires less energy, can actually be made very robust (especially in the low-datarate regime), and doesn't require expensive couplers (you really don't want to connect your semiconductor PLC modem to your power line without protection, most often in the shape of a transformer), but only relatively small antennas. The high speed of modern semiconductors makes modulating a signal onto an RF carrier easier than putting it on a cable that was meant for power distribution, not data signalling.

I say mostly, because of course there are modern PLC standards – both for indoors, as well as for backhaul communications (e.g. for letting your smart electricity meter communicate with the power company, or the transformer station outside your block to the next substation). Some of them are very robust, others are nearly as fast as wired Gigabit ethernet, at least theoretically. But none of them are as cheap to build as RF comms.

I'll answer from a different angle:

If you want to sell a product, the customer has to want to buy it...

The customer wants to slap a light switch where it is convenient on a wall where there are no wires installed, put temperature sensors in various places (indoors, outdoors), put sensors on doors and windows to detect when they are opened (for smart heating) or when a burglar breaks the glass...

Also it has to be good-looking, slick, thin, versatile, future-proof, and above all easy to install: just peel off the sticky tape! 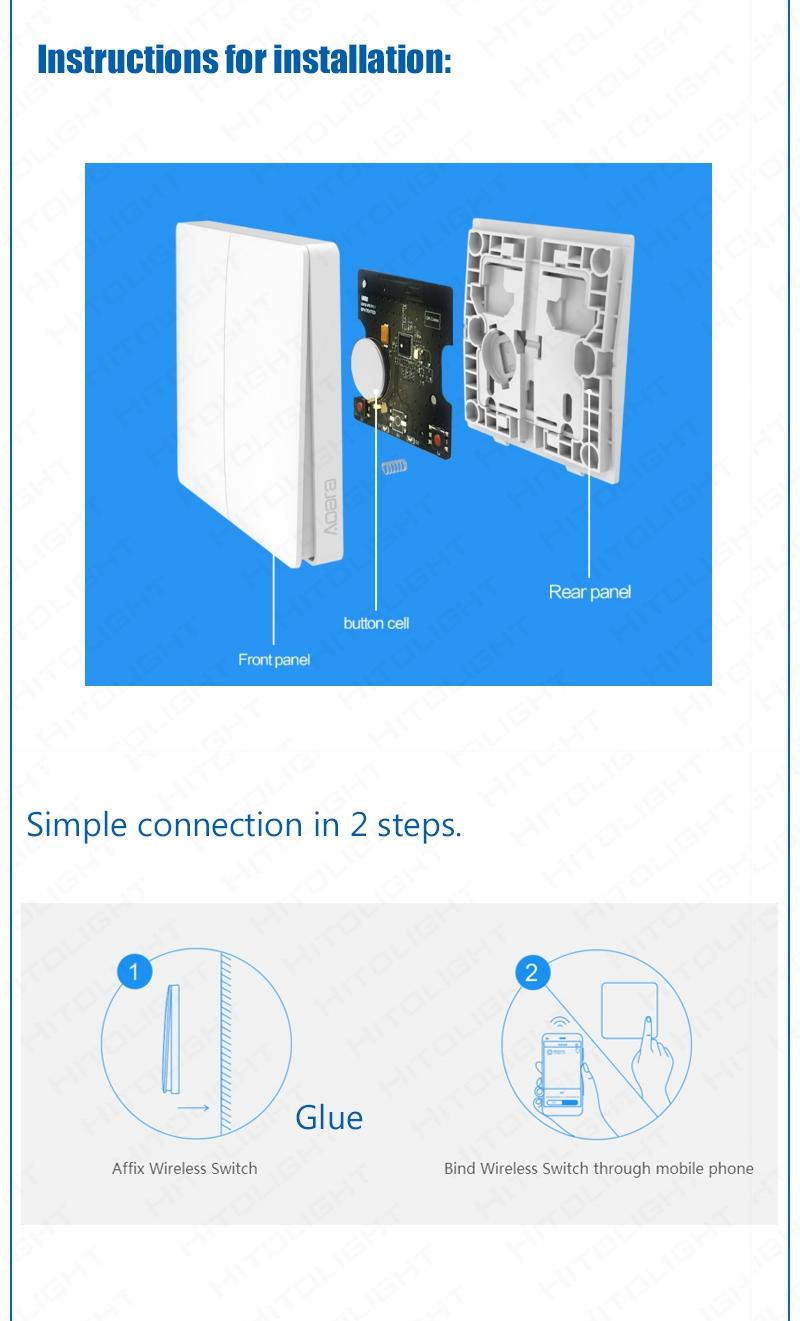 This means the customer has only a limited number of places where they can put your wired product. However, they probably have lots of doors, windows and walls so you can sell them 10 times more wireless gadgets. Profit!

ZigBee and the like (BTLE...) check all the boxes. Low power, tiny flat antenna... These small sensors last for several years on a small non-rechargeable battery. Switches only draw power when actuated. WiFi requires more power, so it won't run well on a battery. 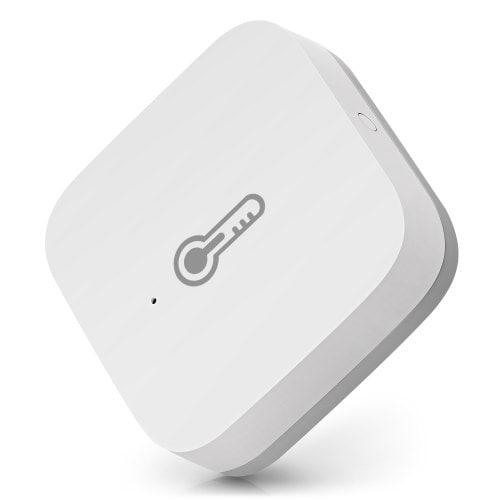 Anyone can install them. This is an extremely efficient wallet draining system.

I can say from practical experience of two separate efforts over the years of purchasing Ethernet over Power Line Adapters that the technology is not reliable and will often run at slow data rates due to excess noise on the power line. These adapters are also fairly expensive.

My experience also has shown that the Ethernet over Power Line adapters that I tried are unable to sustain the bandwidth to stream video for a pleasent viewing experience.

Someone else mentioned X10 technology. In the past I went into that in a big way to permit remote switching of lights in a basement without having to rewire anything. I found the X10 to work fairly well but there was a reliability problem. Almost every time there was a thunder storm with a little bit of lightening some of my X10 switches or load modules would be taken out due to surges on the power lines.

I had power line ethernet adapters to link my PC to the ADSL internet connection of the house. 2 more PCs were plugged to the ADSL box directly. The system worked well enough, but I scrapped it and got a WiFi router quite soon after we got smartphones. People in our house wanted to use ADSL connection instead of the direct phone mobile data because

1) mobile data was frequently off say 1 second. There was no overpopulation, but phone operators simply do not want to keep strong field in an area where houses were at least 500 meters apart from each other and the nearest highway was at 1000 meters away

2)everyone didn't have fixed payment/month, the bill depended also on how many gigabytes they had got data

WiFi was needed because there was no acceptable way to link a smartphone via power lines.

Not the answer you're looking for? Browse other questions tagged wireless power-line-communication smart or ask your own question.