I one of my first designs, I am attempting to simulate a high precision optical transmitter using an LED by varying the brightness in linearly with the incoming signal. The input signal is BFSK, either 30kHz or 50kHz, and ranges from 0V to 5V.

To do this, I've referenced this guide for higher current LED modulation:Linear Current Modulators for high-power LEDs. My circuit implements the same precision current sink. My circuit is shown below: 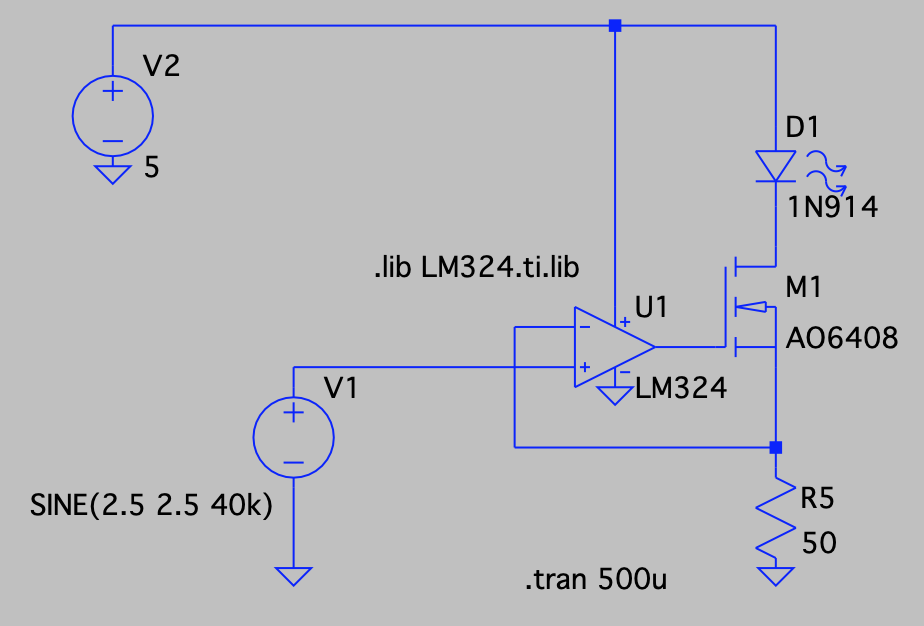 I believe that, theoretically, the input voltage (green) and forward current through the LED (blue) should both resemble a sine wave since the input is AC. However, the output I get is different as shown below: 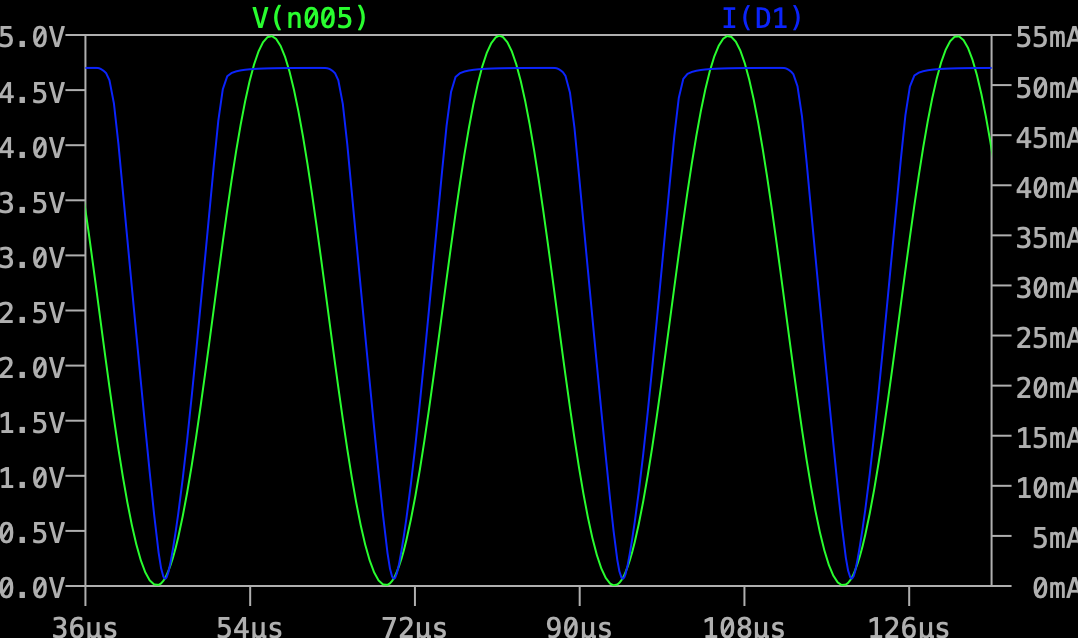 It looks like the forward current does not rise above the designed 50mA. Looking at the opamp's noninverting input (blue) vs. the opamp's output (green), the output gets limited at 3.5V: 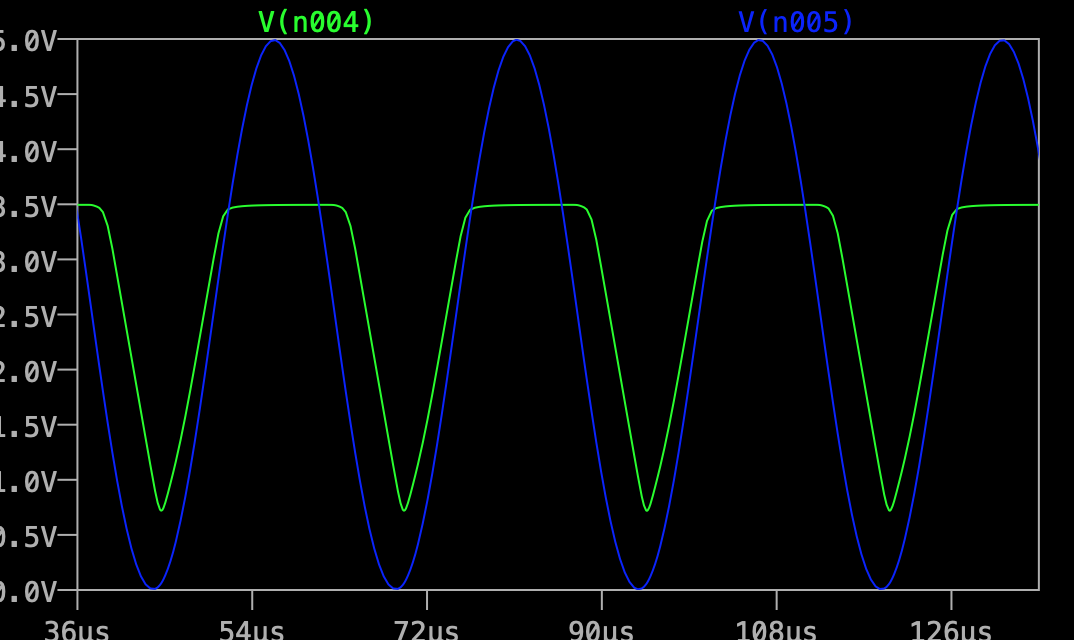 This overall operation of this circuit deviates from what I expected since the output gets limited instead of varying linearly. What can I add or change about this design to achieve linearity?

Any one of the following changes will fix the problem:

The LM324 datasheet specifies the output voltage max as Vsupply - 1.5V, so given your 5V power supply, 3.5V out (max) is exactly what you would expect. The LM324 should be able to drive the MOSFET at low frequencies, although the gate is a capacitive load so stability can be an issue.

You will do better using a rail-to-rail output opamp, although even those don't get all the way to the 5V output in your circuit.

The LM324 is powered from 5 volts and is being driven by a voltage source centred at 2.5 volts with a positive peak taking it up to 5 volts and this is your basic problem. The LM324 does not have an input voltage range that is close to the positive rail. Additionally, the LM324 cannot produce output voltages that are sufficient to drive the MOSFET at the peak current you want.

This is not going to happen with a 50 ohm source resistor because, with 80 mA flowing, the voltage across it is 4 volts and this totally eats into the maximum voltage that can be produced by the LM324 of about 3 volts when powered by 5 volts. It still has to turn on the MOSFET by having the gate maybe a volt higher than the source so, think again about using this op-amp on such a limited supply. If you powered it from (say) 8 volts, you would be in with a shout.

At the other end of the scale, the circuit you have will produce virtually 0 mA when the input is at 0 volts so, if you require an offset you need to ensure that your input signal doesn't fall below 1 volt.

The circuit has a simple transfer function when operating comfortably within the positive supply rail - output current is V1/R5.

Not the answer you're looking for? Browse other questions tagged operational-amplifier mosfet analog led-driver optical or ask your own question.

2
how do i create a current source
5
How to stabilize a control loop for an opamp-based linear regulator?
1
Driving Constant Current Through 2 LEDs from 2 Batteries
0
Power Supply for xl6001 12V Switching LED Driver
0
How can remove the spikes in common mode rail?
0
Help Powering 2x10W LED using a 15v 1A power supply
1
Precision Rectifier confusion
1
Inverted LED driver circuit
2
LED brightness stability issues - how to fix?
0
Transimpedance Amplifier and Photodiode for BFSK