Why use two 0.1 µF capacitors in parallel?

Below is the schematic of the Pololu A4988 driver board: 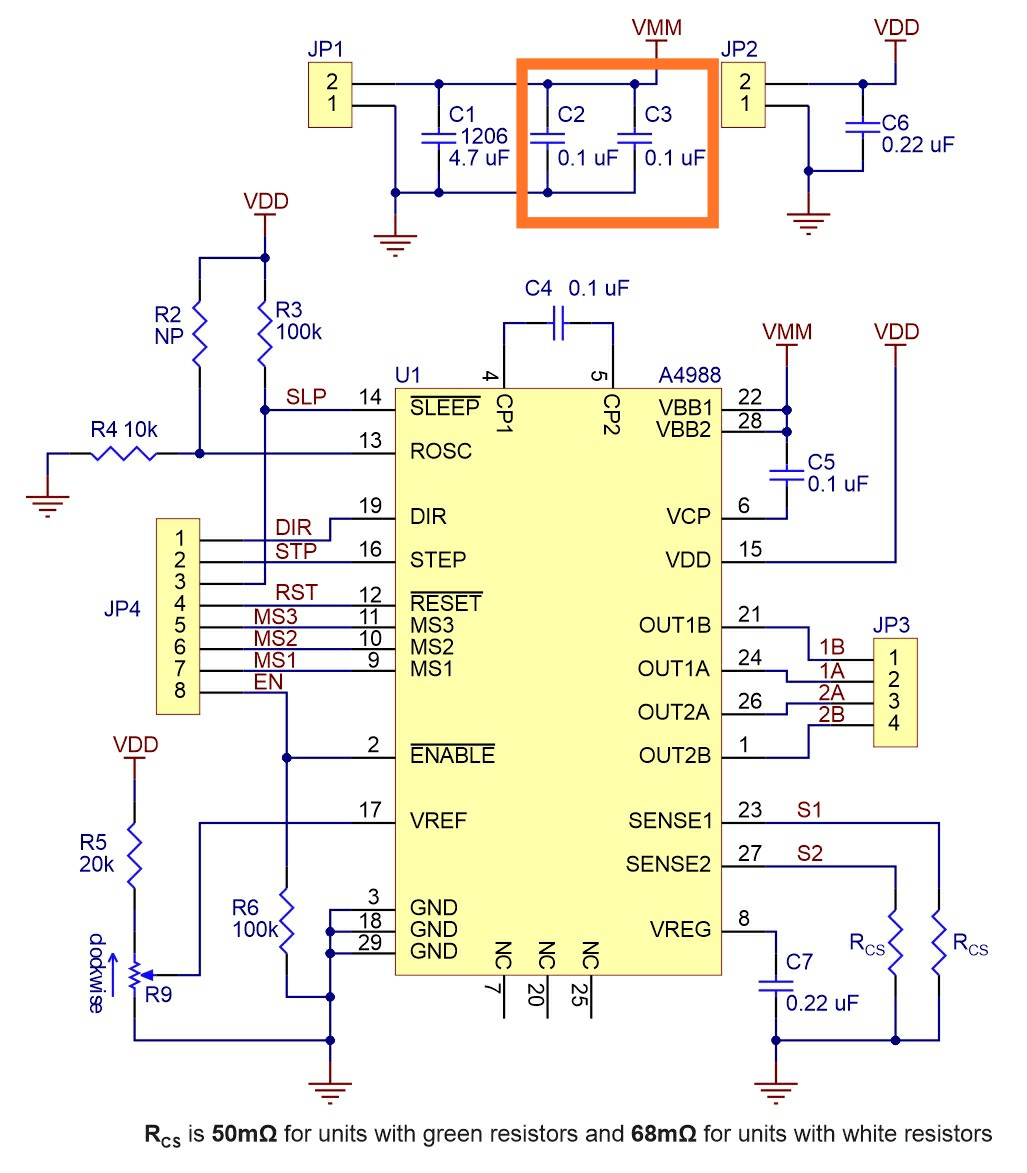 There are three capacitors on the motor power input. I can understand why engineers decided to use separate 4.7 µF with larger size (1206, 0.1 µF are either 0805 or 0402): because physically small capacitors have lower ESR, and they effectively filter out higher frequencies (correct me if I'm wrong). But what is the reason to use two 0.1 µF capacitors in parallel? Can they be replaced by a single 0.22 µF in order to save PCB space and cost?

Image of the board; it can be clearly seen that all capacitors are ceramic: 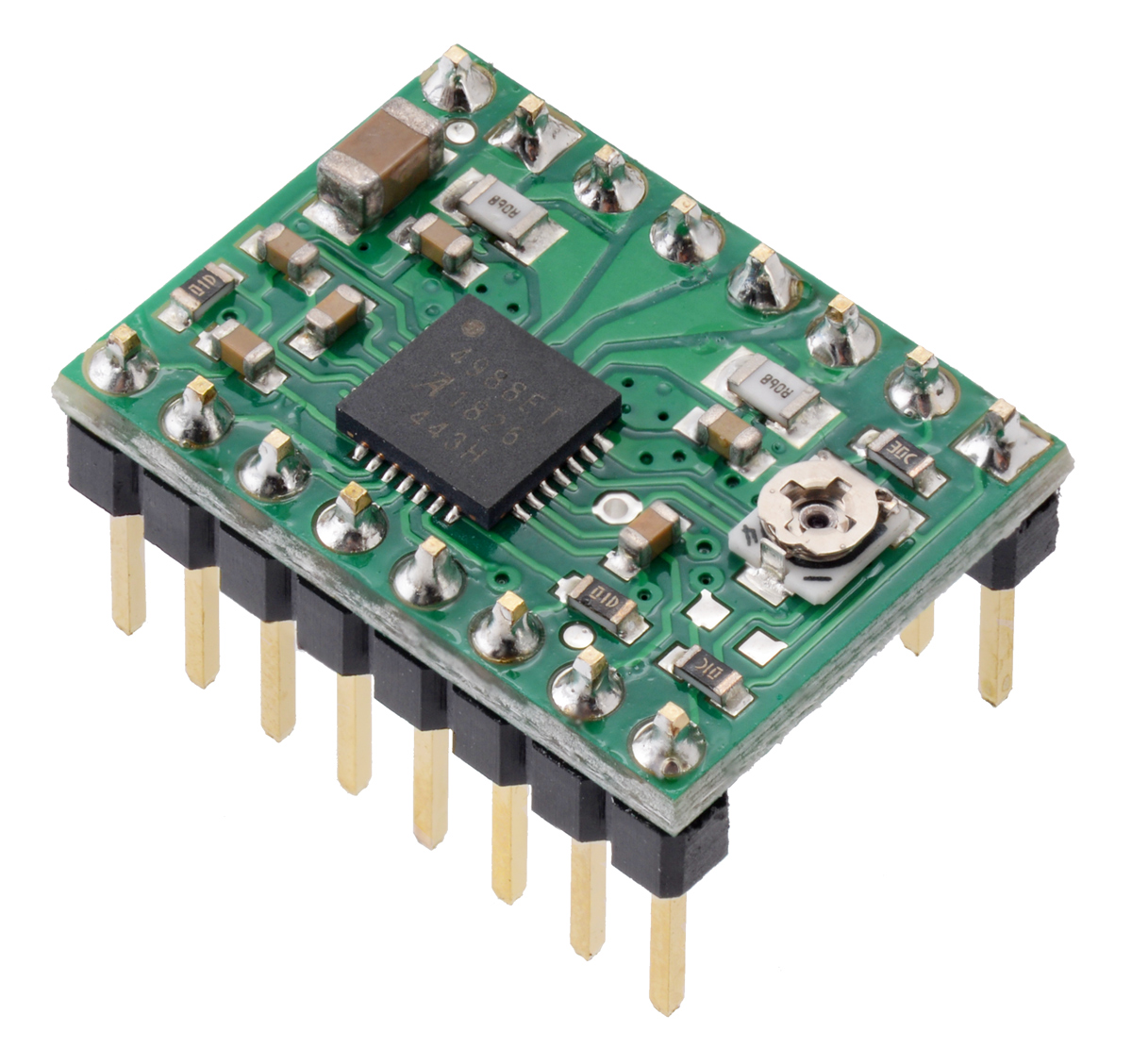 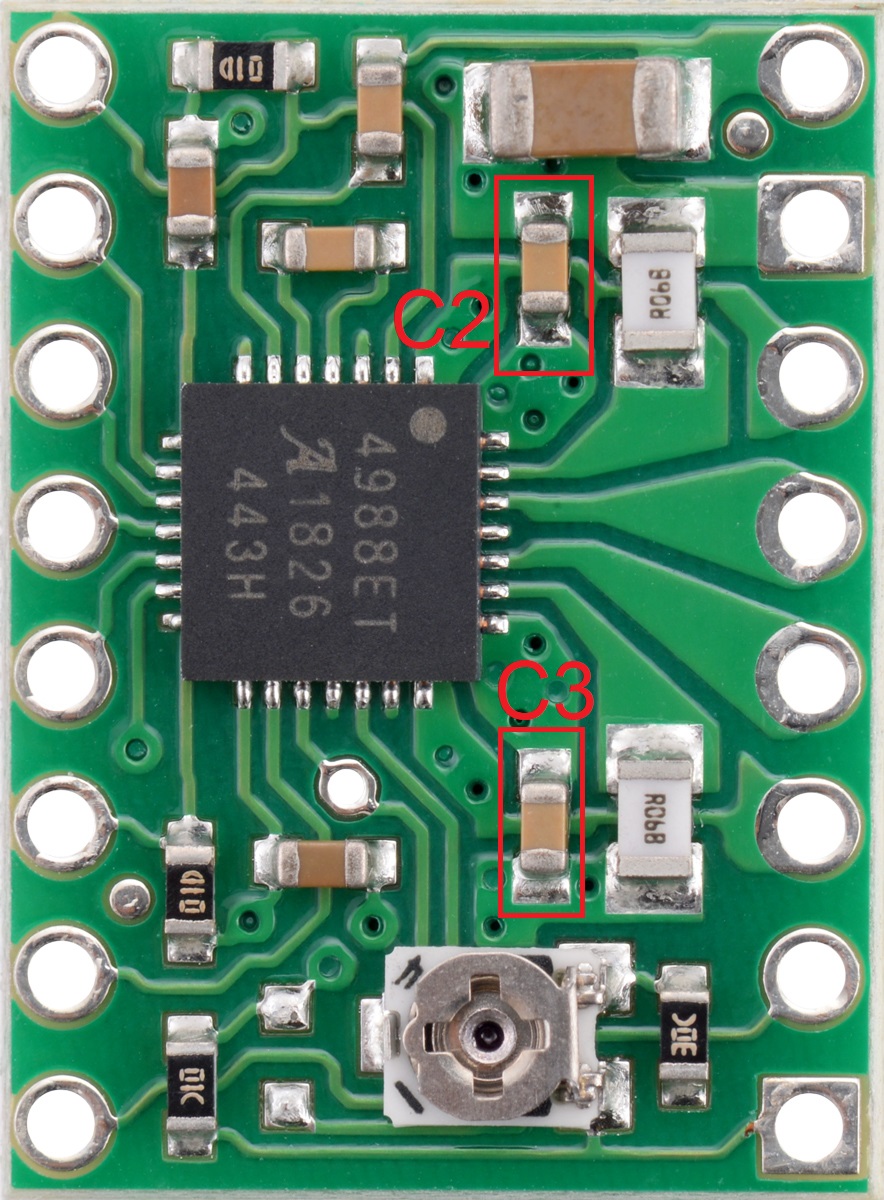 See also the Allegro data sheet for the A4988 driver; it shows the capacitors as C7 and C9: - 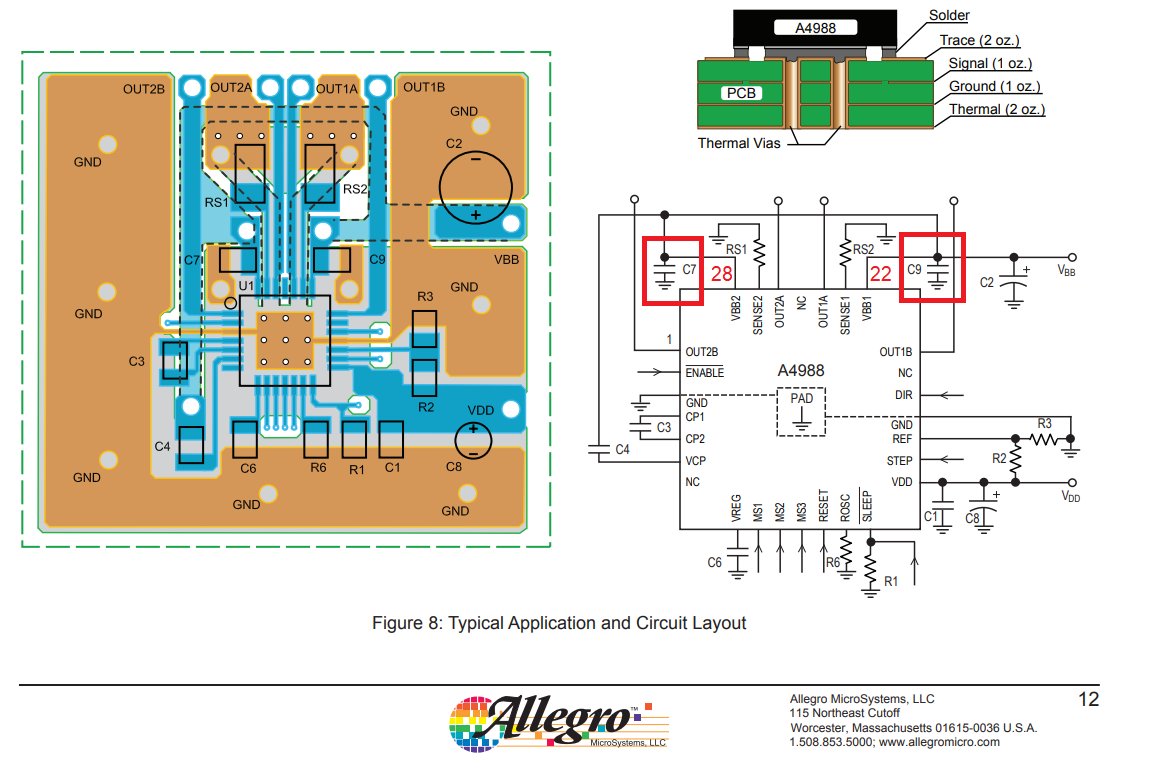 It is normal to use one de-coupling capacitor for each power pin.

Now you could place these capacitors all over the place in the schematic, but it is easier (and has become a sort of convention) to place them all together somewhere in a corner of the schematic where they do not interfere with the rest of the circuit.

Here is another example I have cut and pasted a bit: 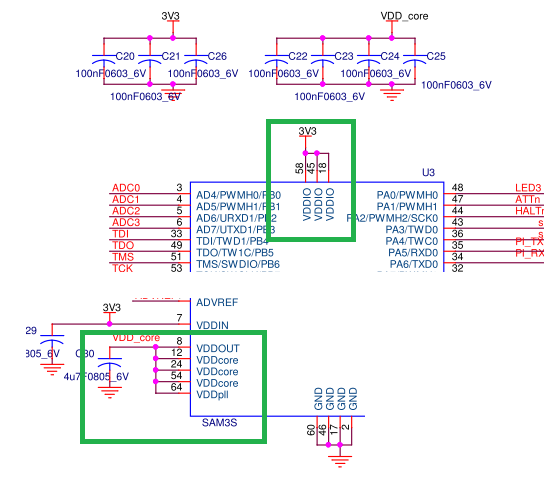 Below that you see the CPU which has three 3V3 input pins (shown at the top), and I have pasted in the bottom of the chip where you find another four input pins which need to be connected to VDD_core.

Thus each power input pin as matched up with one decoupling capacitor.

In this case the CPU has an internal supply (a linear regulator) which provides the VDD_core power: the VDDOUT pin. Because it is an output of an LDO, it has a separate, bigger, 4.7 µF decoupling capacitor.