Getting following error in LTSpice simulation : “Too few nodes…”

I am doing simulation using LTspice and getting error as Too few nodes. I am using three external library components/parts. Could you please help me to identify where I am missing. Thank you.

M1 - ZXMN6A08E6 are the three components from external library. 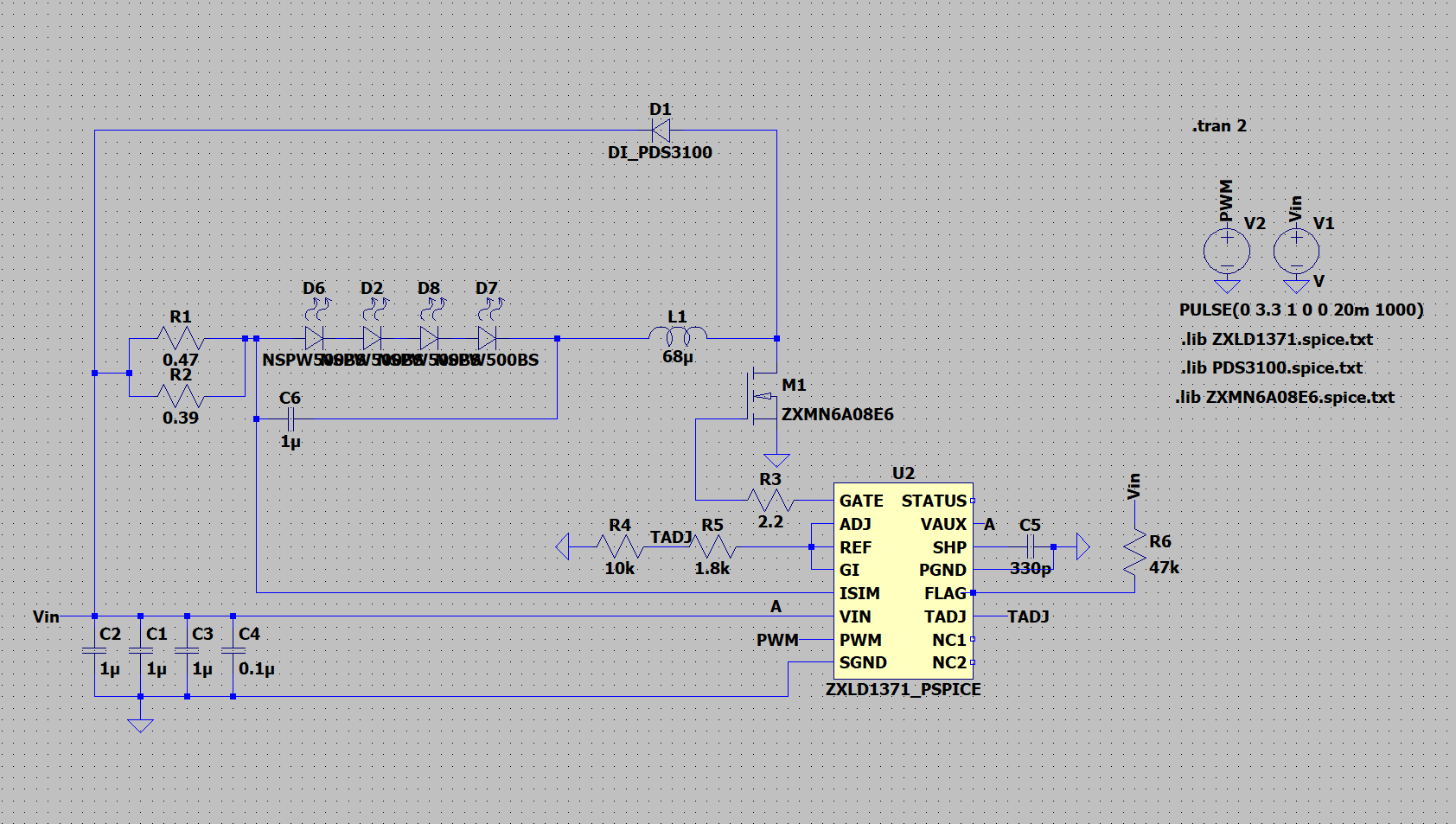 Another option would be to use TINA-TI, a free spice simulator. We can provide the .TSM macro files for the NexFETs that will work in TINA-TI."

LTspice is from another company Analog Devices, Inc