I'm refactoring a board that needs to switch the communication between an I2C master (M1) and two identical I2C slaves (S1 & S2 with same address).

The first design of this board was using a TCA9545A. This is a nice IC but, like many other I2C switches, it is controlled through the I2C bus. In my application this is an unwanted feature because the only I2C master I can control is not M1 and if I connect it to the same I2C bus, I'm going to create a multi-master topology that's not accepted from S1 and S2 devices.

My thought was to replace the TCA9545A with another I2C switch, which is NOT controlled through I2C (i.e. through a digital controller). But I have to admit that it's not an easy task, because after having searched in all catalogs of main IC companies, I haven't found a single component matching such features.

The other option was to use a standard bidirectional switch/mux like ADG1636 or similar. Is there another option? Is this a good replacement to fulfill my requirements? 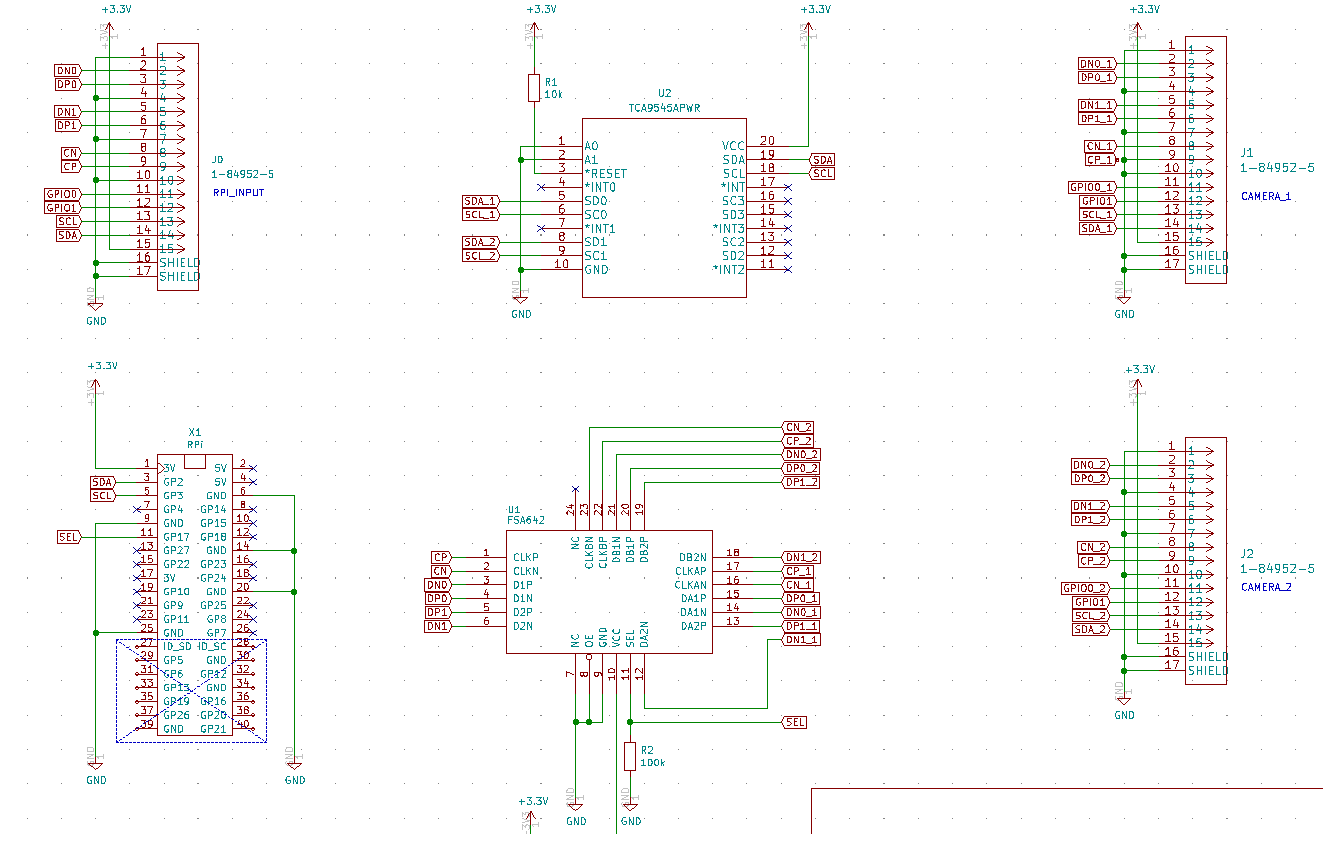 I²C switches are called "I²C switches" because they can be controlled through I²C.

The I²C signals themselves are just plain digital signals, which are analog signals. So for switching I²C signals controlled with GPIOs, two-channel SPDT analog switches are the correct choice, and commonly used (because most of them are quite cheap (unlike the ADG1636)).

My go to approach for this is the PCA9515A which lets you independently enable i2C segments using discrete GPIO. It's like adding a SPI-like chip select (aka enable) to an entire I2C segment. As a bonus (or is primary function) it also supports level shifting between the segments. Unless I've misunderstood your requirements, which is a distinct possibility.

Not the answer you're looking for? Browse other questions tagged i2c multiplexer or ask your own question.