I have the following issue:

I2C data from various devices with VCC/IO level from 1.8V to 5V should be handled from my controller, but this just tollerates voltages up to 3.3v on IO pins. I had a look at different levelshifter ICs but all I found have the constraint that low Voltage needs to be smaller than high voltage side.

So I came up with this idea: 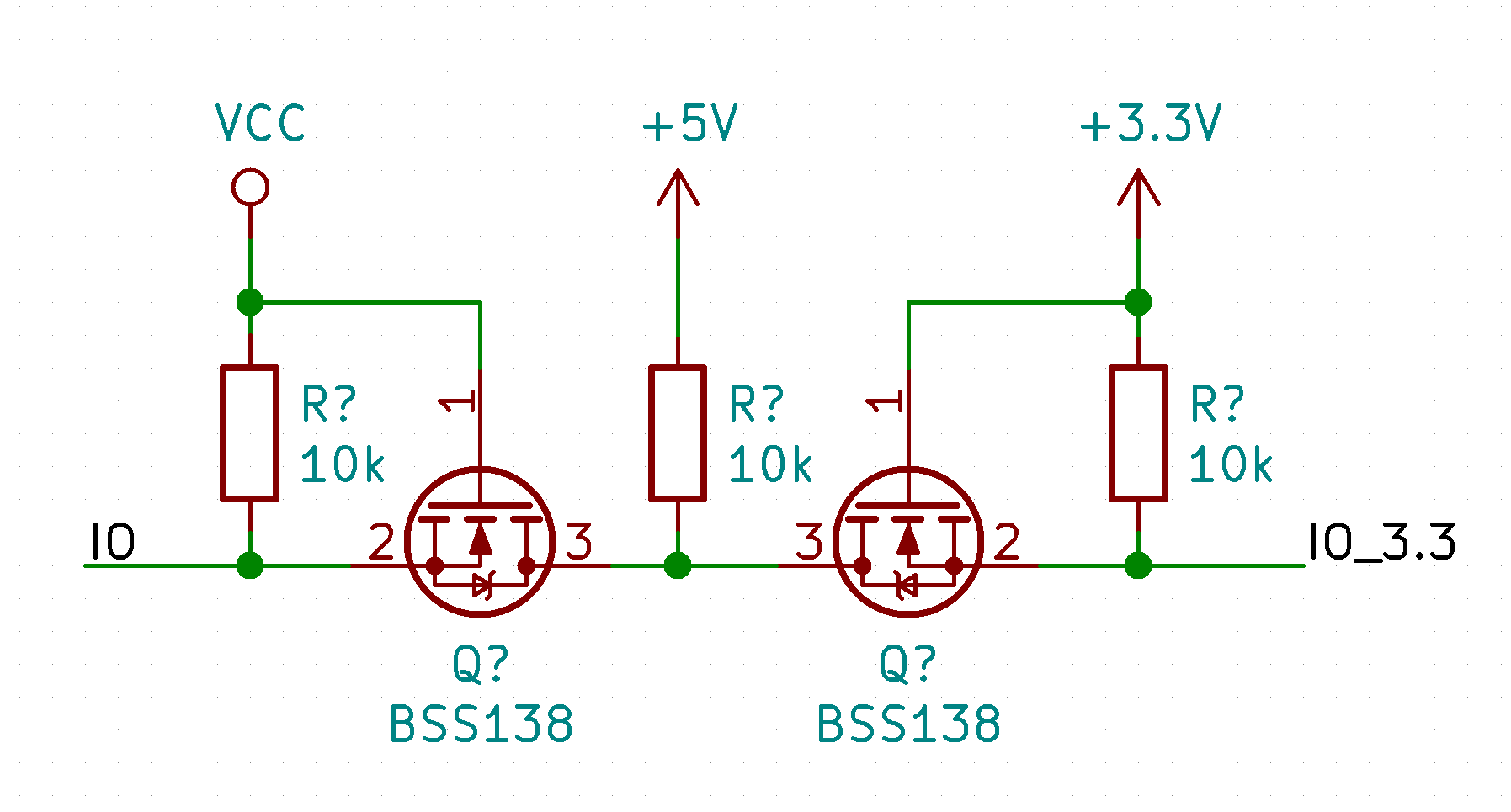 Is there any issue with this solution? Does anyone know a better solution?

In this case, the right transistor will see VGS of 3.3V, easily enough to switch it on, and it will pull down the middle resistor, from 5V to 0V.

IO is being pulled up to 1.8V, through the 10K resistor, so now the body diode of the left transistor starts to conduct. For the BSS138, this diode has a maximum forward voltage of 1.4V - so IO is not pulled to GND, but to the diode voltage ( worst case to 1.4V )

If you are lucky, the body diode forward voltage will be close to it's 'typical' value of 0.8V. This will produce a VGS of (1.8-0.8) = 1V. This might be enough to turn on the transistor ( VGS(th) is specified as needing 0.8 to 1.5V ), and it might work. For that particular diode, and at that particular temperature. For a while.

Other transistors are available, with lower VGS(th) and lower diode voltages.. but finding one where VGS(th) + VSD < 1.8V is challenging.

Using a dedicated I2C level shifter, something like the PCA9306, is going to be a more reliable solution, unless you can find a transistor that satisfies those voltage requirements.

Adding to an answer above.

The selection of R? on the left side is important. If you make it large enough that the current is small so left FET body diode forward drop is small you can probably turn on BSS138, but large R? will reduce bandwidth. That is the tradeoff.