However, as soon as I connect the negative lead to the ground pin and the positive to Vin the voltage regulator overheats and starts to smoke.

What am I doing wrong? I just wanted to test the output voltage to be 3.3V.

EDIT 3: Burned a few more, without seemingly any consistency. Some are stable at 4.6V and live, some go up in smoke right away, some burn out slowly at 2.6-3V. One was in expected range of 3.4V but was very hot.

EDIT 2: In the setup below, it doesn't overheat anymore. Vout is a steady 4.61V, instead of expected 3.3V 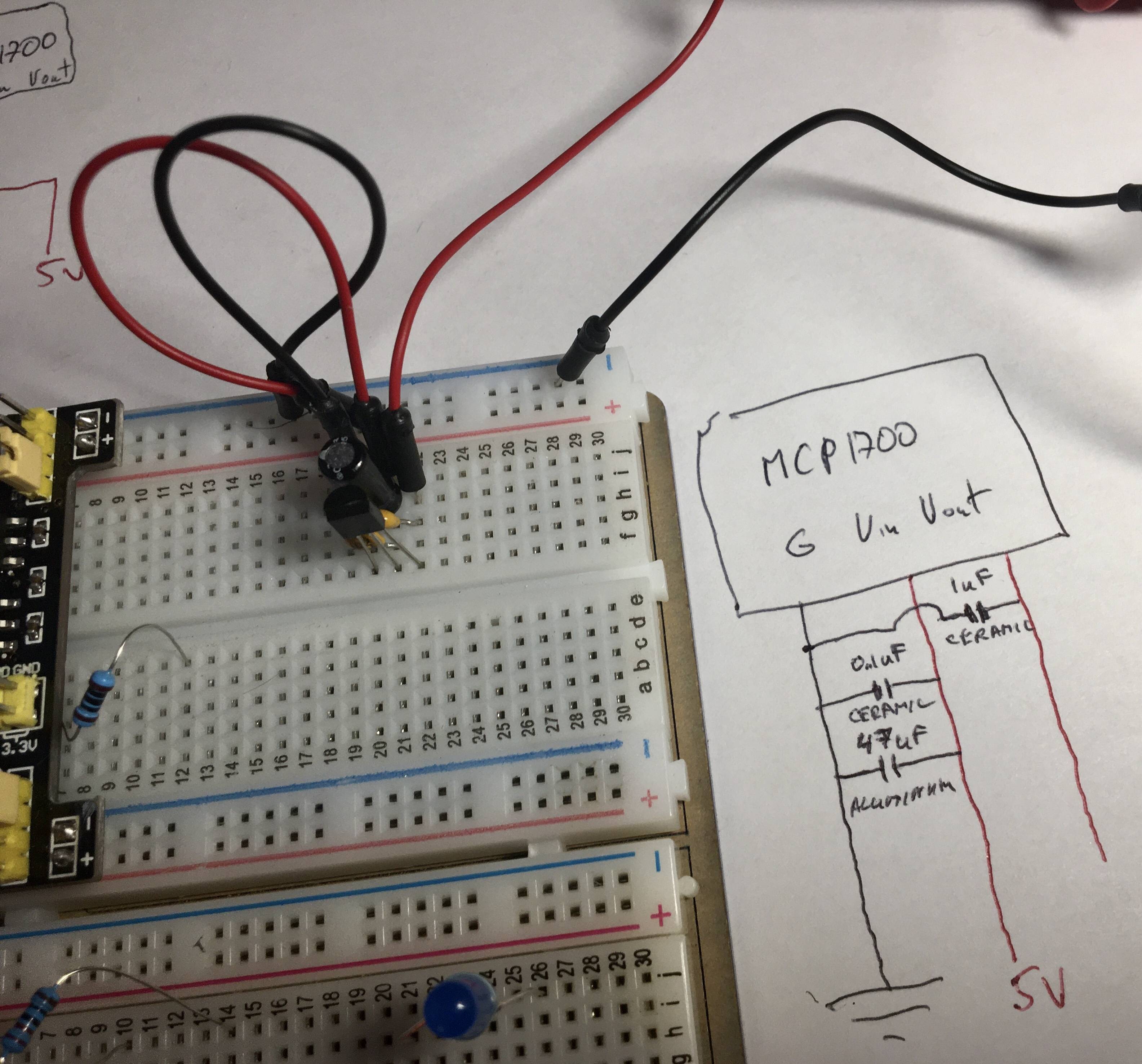 It appears that the purchased MCP1700 chips were faulty/damaged/fake/mislabeled. They did not function as they were supposed to and there was no rhyme or reason for it.

Needs output capacitor. Put it close to the output + gnd pins of the regulator.

"A minimum output capacitance of 1.0 μF is required forsmall signal stability in applications that have up to250 mA output current capability. The capacitor typecan be ceramic, tantalum or aluminum electrolytic. TheESR range on the output capacitor can range from 0to 2.0."

Try testing the component with a multimeter in diode mode between Vin and GND. If you get ~0.7V, that would suggest you've got the pins the wrong way round (somehow the datasheet could have a mistake? Very unlikely, especially since I have a similar working chip - MCP1703 - with the same pinout). Then try some different pin combinations with a 1k resistor in series with the power supply (to avoid blowing up another one) and see if anything will give you 3.3V output. For each combination, you could also measure Vin to get an indication of the impedance of the input (and hence whether it would blow up the chip). If Vin is close to the power supply voltage, it would imply a high impedance and so it should be safe to short out the resistor.

Alternatively, if the multimeter detects a total short (<0.3V) then the chip is probably damaged. It could be a bad batch, or there could have been moisture/ESD damage.

Perhaps you could also check for a short in the breadboard; it always turns out to be something silly like that.

LDO's with very low Ron and high loop gain have very low output impedance until current limiting. The only way you can burn these out when wired correctly is by turning it into an oscillator charging a battery or large C load. If the protection thresholds are oscillating out of phase with the voltage (OCP , UVP) it can be unprotected.

The photo looks like the connections are correct, but the long jumpers are 10nH/cm so with perhaps 100nH of series inductance , with I see 47uF on paper and 100uF+ load on card. This looks like a high Q resonator.

Possible Solutions to overdampen the response add <=1 Ohm between output and load until surge load on startup is reduced.

If you want to use a larger Cap, use up to 5 Ohms in series as allowed in datasheet. This may cause low f load regulation errors or static DC drop.

Twist the wires to lower the impedance of wire directly to output. use AWG 24 > 5 turns/cm** for 120 Ohm impedance roughly estimated from incremental sqrt(L/C) ratio.

Not the answer you're looking for? Browse other questions tagged voltage-regulator overheat or ask your own question.