I am currently redesigning a PCB utilizing the Xbee 868 Mhz module with external antenna connection on the pad ( https://www.digi.com/products/embedded-systems/digi-xbee/rf-modules/sub-1-ghz-modules/digi-xbee-sx-868 ). I have followed the rules from the datasheet and calculated the proper antenna trace width and distances for 50 ohm impedance. From Xbee SX 868 User guide: 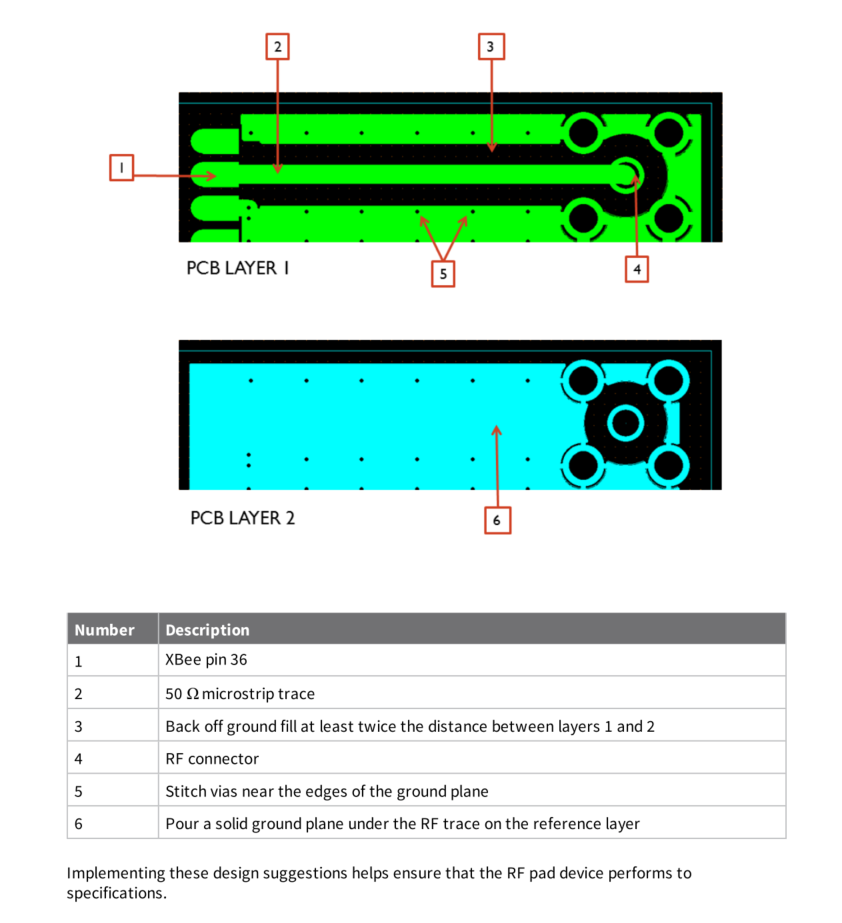 In my application the question is, either it is OK to place the SMA antenna connector not in the exact corner of the PCB:

As you can see from the screenshots, the connector is on the edge of the PCB, but only horizontal. Vertical wise it is closer to the middle. The bigger issue is that in close proximity to the connector (counter side of the PCB to the antenna trace) there are traces and components placed. Even though there is going to be solid ground and shielding between the connector (GND polygon not poured on the screenshot) and the rest of the traces, I fear that the signal quality might get altered by the digital circuitry in the close proximity.

Are there any rules I can follow and a way I could check what is the desired minimum distance of other circuitry to the antenna trace?

EDIT: A screenshot of the top layer with GND polygon poured: 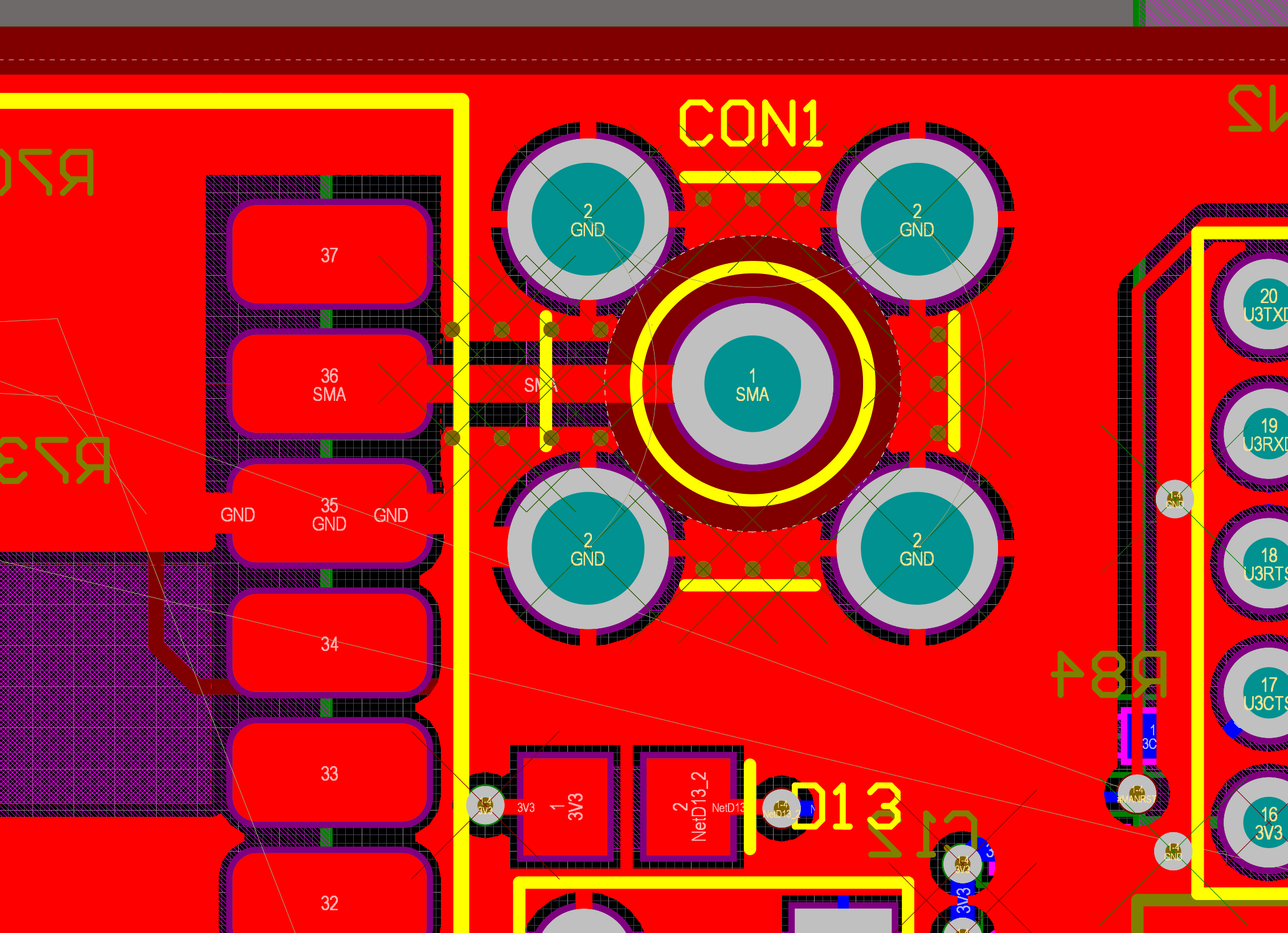 Let's suppose that the effective relative electric permittivity is above 3 (I don't have the dimensions of your stripline so I'll do some estimation). Anyway with an Er of 3, you'll have a wavelength of roughly 8 in, this is much much longer than the stripline length, so transmission line effects will not be noticeable from the short stripline. In general making transmission lines short will reduce the effects from them, and is actually a way I use to simplify designs (in some cases).

You don't need to worry about noise from the Xbee SX 868 affecting the signal around the SMA as the SMA connector has ground bulit into the case and serves as a shield, the limited area that is exposed will provide minimal capacitance for coupling RF/noise.

In many respects, moving the SMA closer to the source is better, make sure you leave the ground plane below the trace even if it is shorter. And I also like to run the trace around all four posts of the SMA on the top layer for the sake of betterness (even if it is minimal, might make it slightly harder to solder though).

Not the answer you're looking for? Browse other questions tagged pcb rf antenna xbee replacement or ask your own question.

13
GPS Design Review (RF Input)
14
PCB clearance/keepout area surrounding wireless antenna
1
Unknown short-circuit between GND and ANTENNA pins of GSM module
0
Disable a wireless module RF
0
Why I got very weak signal with my GSM antenna connected to PCB?
0
SIM808 can't get GPS fix on custom board
2
RF - sma pth connector impedance matching to cpw
0
How to do via fencing of an RF trace with a 5V front copper plane and a GND back copper plane?