I was going through the uCurrent project and noticed something that seemed unusual to me. In the image, the trace connecting R1 to the input jack is (a) of differing trace widths, and (b) has no solder mask for a small portion.

Does anyone know if there's a reason for a small portion of the trace to be different from the rest? I can't think of an electrical reason, except maybe controlling the trace impedance with a different trace width but that doesn't explain why there's no solder mask. Is the exposed trace meant to help during testing? 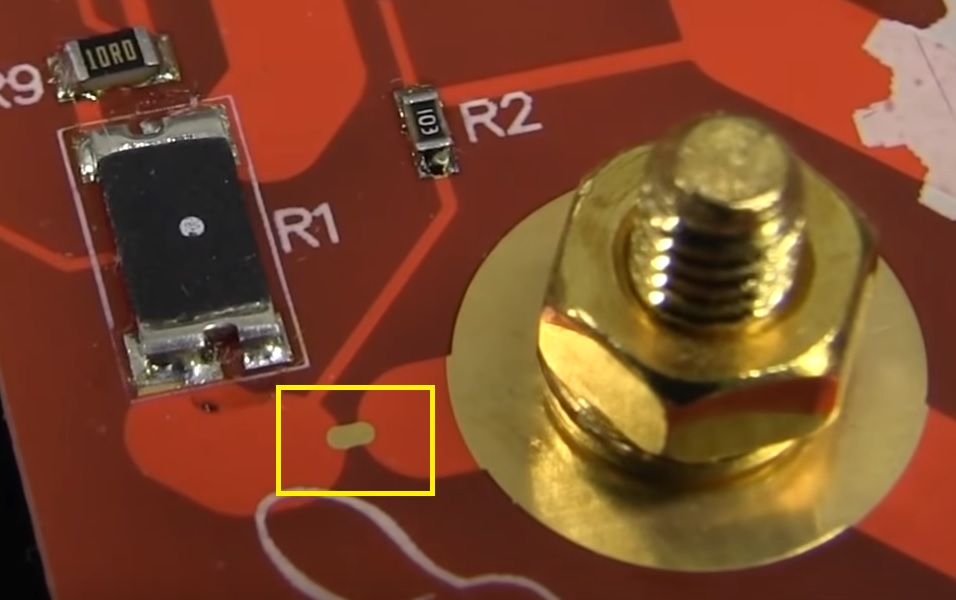 I wanted to answer my own question in case someone is interested. This bottleneck was a fusible track. The EEVBlog forum had a discussion on this.

The idea of the trace is that it would fuse and protect some of the components on the PCB in case of a very large current input. The temperature rise of the fuse seems to be dictate by the trace width, material used for plating and the substrate surrounding the same. However, this is not a replacement for a standalone fuse.

Not the answer you're looking for? Browse other questions tagged pcb-design current-measurement board or ask your own question.