I try to power EL wire at a chosen frequency. For this I have a microcontroller generating a square wave signal at the given frequency; this signal oscillates between 0 and 3.7V and the current is limited to 20mA. I want to run this through a transformer to convert to about 110V AC.

I thus drew the following circuit:

(V1 is the square signal, V2 is the Vcc supply, L1 is the load — transformer primary). This circuit does not work (after a very short transition time, L1 has no current). This is probably because, during the “off” part of the square signal, the NPN transistor behaves as an open collector. I observed the same behaviour when simulating the circuit from this similar StackExchange question.

Another idea would be to build a LC oscillator, forced by the signal through the NPN transistor: 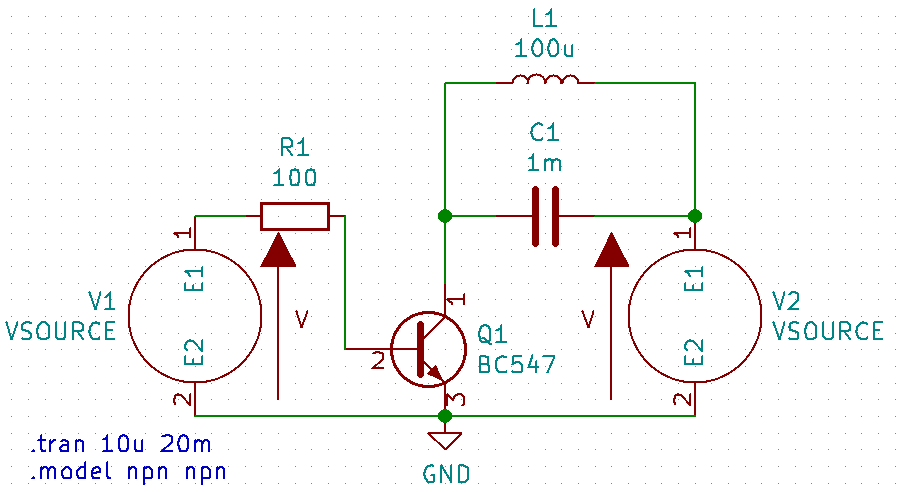 (simplified model). However such a circuit will be limited to the neigbourhood of the resonant frequency of the LC oscillator.

In trying to fix the first circuit, I thought of two possibilities for preventing the open-collector situation: either add a pull-up resistor (between the collector and V2), or a PNP transistor in the same place (thus complementary with Q1). Would either of these be a workable solution?

Browse other questions tagged microcontroller transformer square or ask your own question.

1
Is it possible to input DC PWM signal to a transformer?
1
Modeling EL wire