I'm trying to understand the function of the constant current regulator CCR and the zener diode 1N5338. I do have more questions but these two components is probably a good start.

I understand that a zener diode is voltage regulator but not sure why it is included. As for the CCR I have no idea what its purpose is in this circuit.

The link to the web page where I found this: https://www.electronicdesign.com/power-management/article/21801456/current-limiter-offers-circuit-protection-with-low-voltage-drop 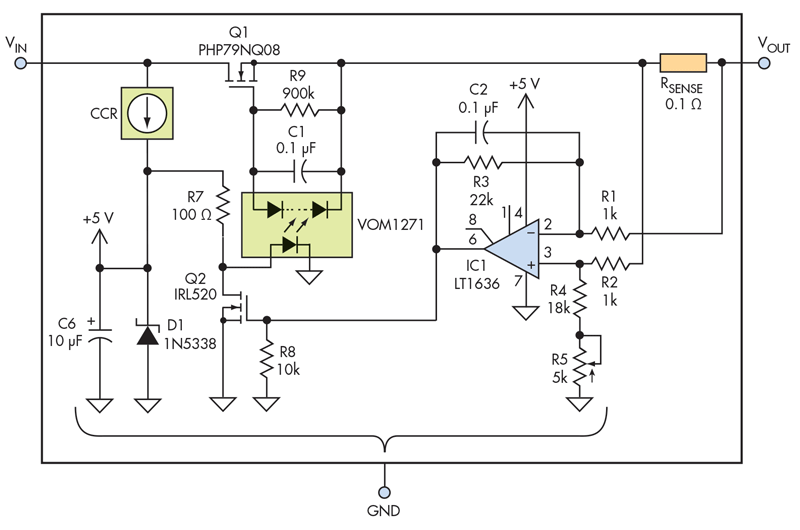 Reasons why I would reject this design by Sajjad Hajdar, technologist at UBC Apr 18, 2016

It might have been interesting 40 years ago as a Magazine Design Tip, but obsolete news today.

As Tony mentioned it's not a good design;

It's a constant current source for the LED in the opto-coupler so that can't pull more than specified current from the circuit. the zener diode works as a voltage regulator for the CCR supply.

R7 is there just to avoid Q2 shorting the VCC to ground when the circuit goes to CC mode.

For example take look at this simple design to understand the concept of building a constant current source for the opto-coupler LED: 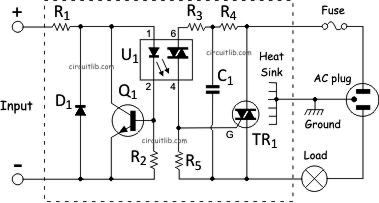 R1 limits the input current . Q1 is used as current sink in order to keep the current through the LED (the LED inside U1) at an almost stable value.

When the voltage across R2 reaches about 0.65V, Q1 begins to conduct, shunting current from the LED. The result is that, although the current of R1 rises as the input voltage rises, the current through the LED stops increasing at a specific value; The minimum LED current that will operate the TRIAC. This value is set by R2.

Not the answer you're looking for? Browse other questions tagged zener current-limiting constant-current or ask your own question.