What is the resulting Voltage Transfer characteristics of the modified CMOS-inverter circuit if NMOS and PMOS are interchanged?

What is the resulting Voltage Transfer characteristics of the modified CMOS-inverter circuit, if the positions of \$NMOS\$ and \$PMOS\$ are interchanged? 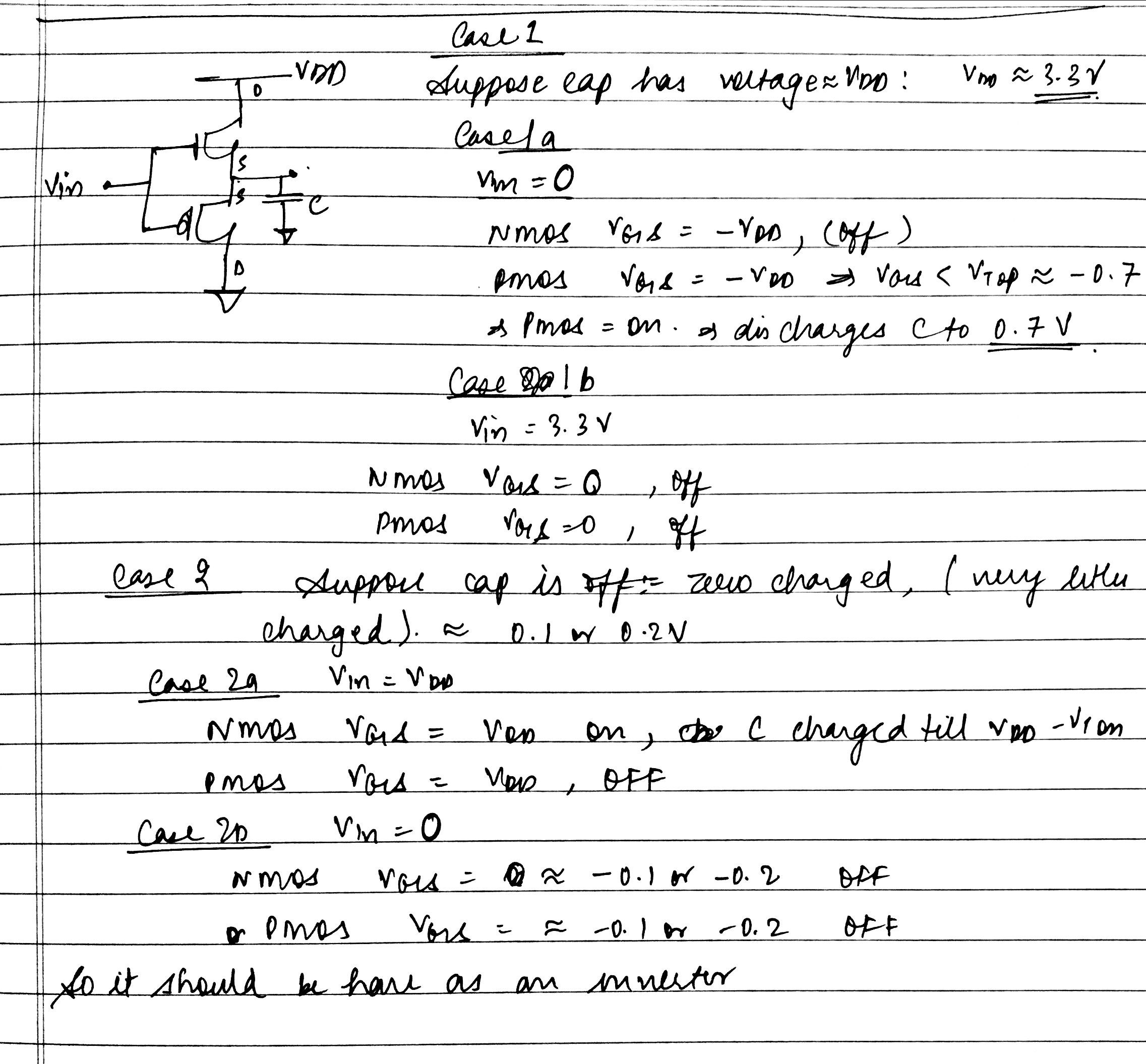 Switch them and they're both acting as drain followers (like an emitter follower). The circuit will stop inverting, but the output will not go closer to either rail than Vgs(th) unless pulled externally. If the load has a significant bias current, it will be pulled to one rail by the bias current and driven within Vgs(th) of the other rail by the buffer.

Not the answer you're looking for? Browse other questions tagged cmos nmos vlsi pmos or ask your own question.

4
what happens when transistors are interchanged in CMOS?
1
CMOS Inverter Voltage Transfer Function
1
delay on cmos inverter while increasing W of nMOS and pMOS
3
CMOS technology, use a NMOS or PMOS as series switch?
3
Significance of -1 slope in CMOS inverter transfer characteristics
0
Should I use NMOS or PMOS in CMOS demultiplexer circuit?
0
Set the threshold voltage of CMOS inverter to VDD/2 for both rising and falling edge: possible?
0
How do I design a RC phase shift oscillator using opamp with the help of cmos (pmos and nmos)?
1
Why is the PMOS in NAND gate in Parallel and NMOS Series?