Permeability Discrepancy of an Inductor

I bought a material 77 ferrite rod for a homemade inductor. The core was 0.5" in diameter and 7.5" long with a claimed initial permeability of 2000.

When I recieved it, I tested it out using 18 AWG wire that I wrapped around the ferrite core for the entire length. Granted, the windings were not perfect and had some gaps between parts of the wire and the ferrite core (probably 1 cm max),

Upon testing the inductor with my LCR meter, I measured a mere 0.04 mH.

How come my inductor isn't exhibiting a relative permeability of 2000?

Here are a few pictures of my set up: 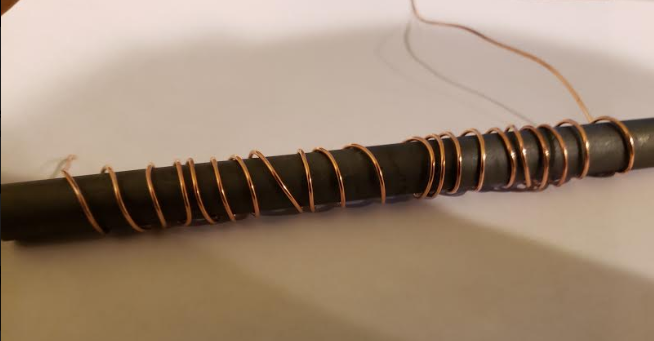 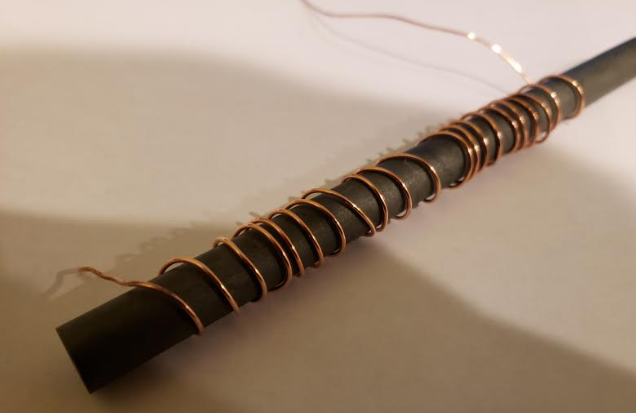 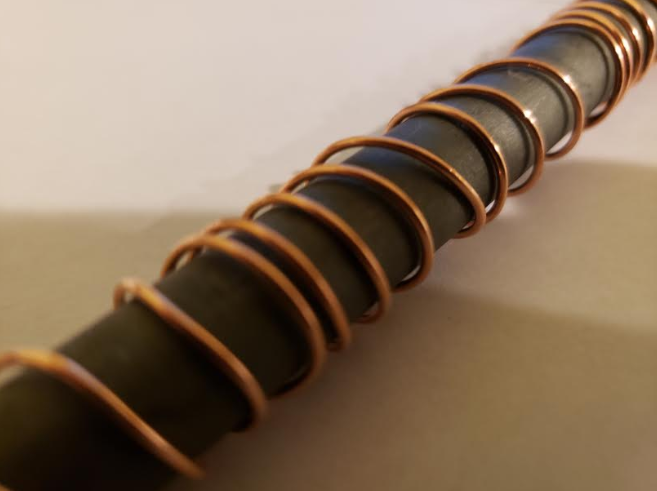 You can find some calculators to allow you to approximate the inductance of coil wrapped on an open rod. If I plug your numbers into this one, I find 15 turns should be sufficient to yield 40uH with your stated dimensions (it won't let me spread the turns out as much as yours). 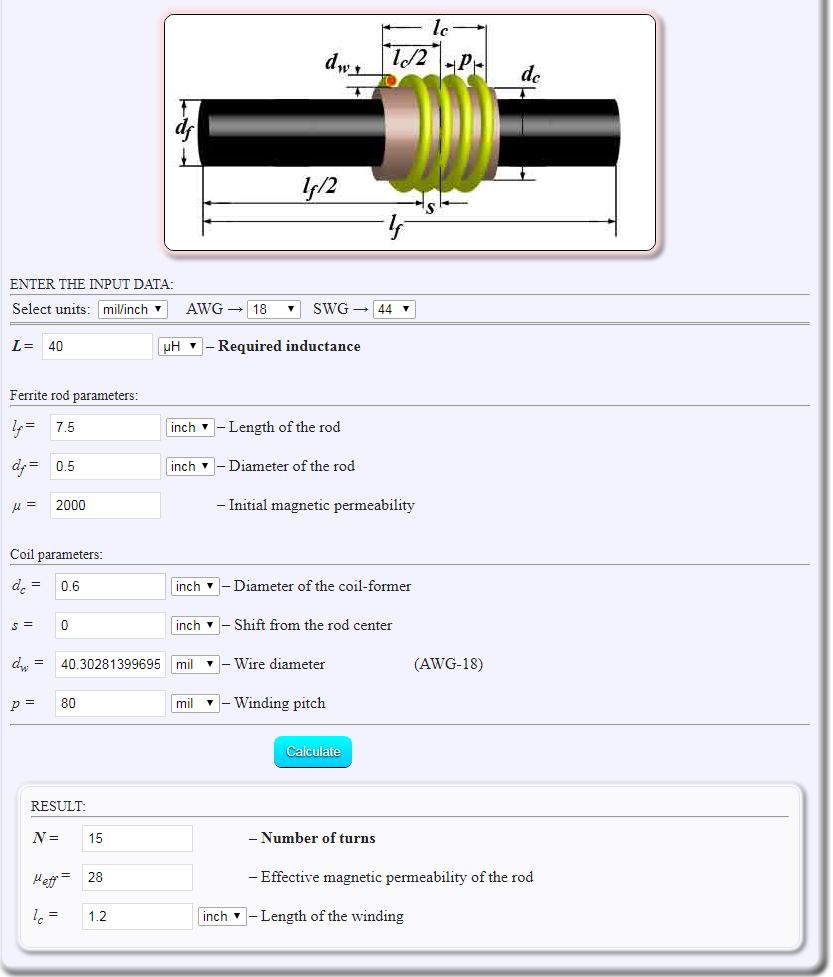 The inductance is much less than it would be with a closed magnetic path because the permeability of air is 1/2000 that of your rod.

A rather thorough treatment of how the effective Al varies with parameters can be had in this document.

The graph below is taken from a document entitled “Investigation on an Effective Magnetic Permeability of the Rod-Shaped Ferrites” from this source: - 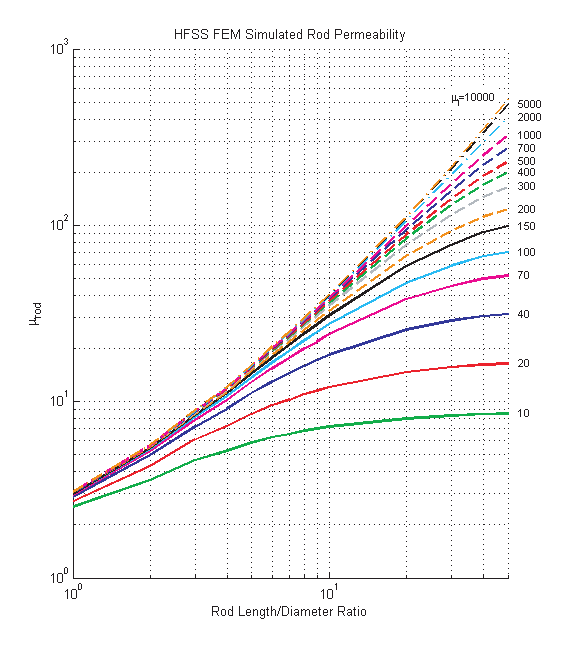 So, with your length to diameter ratio of 15, the graph suggests the effective permeability to be around 50. The other down side to your coil construction is the spacing between consecutive turns; to maximise inductance you would wind them as close to each other turn as you can, even layering to get the turns closer. So, I would estimate that your effective permeability might be as low as 30.

Inductors, in the main, have closed magnetic cores with or without a small air gap. The air gap can be used to stabilise the inductance against temperature variations and also improve the current handling capabilities.

Your inductor construction would be fine for receiving the magnetic field in an EM transmission because it will concentrate the incident magnetism and give a much improved radio signal but, as a pure inductor it will have poor inductance.

Maybe if you could explain what you were trying to design I might be able to offer some suggestions?