In my two-layer pcb design I have an LM317 with a TO220 package. I took the generic TO220 package from the default "linear" Eagle library which does not have a polygon copper pad under the body of the part. However, since the body is connected internally to pin 2 (middle pin) which is the regulator output, the current design would short output to ground (top layer, red).

But I am not really sure where to put the polygon under the part body. If I manually put it to the top layer of the board itself, this does not seem like a robust solution because on the next board I will have to remember again in order not to short supply voltage.

On the other hand, if I put the polygon on the pad layer (green) of the package of the part, it is going to be on the bottom pcb side as well where I probably want to place other traces (like for the design below, blue).

So what is the right way of placing the poylgon under the regulator body? 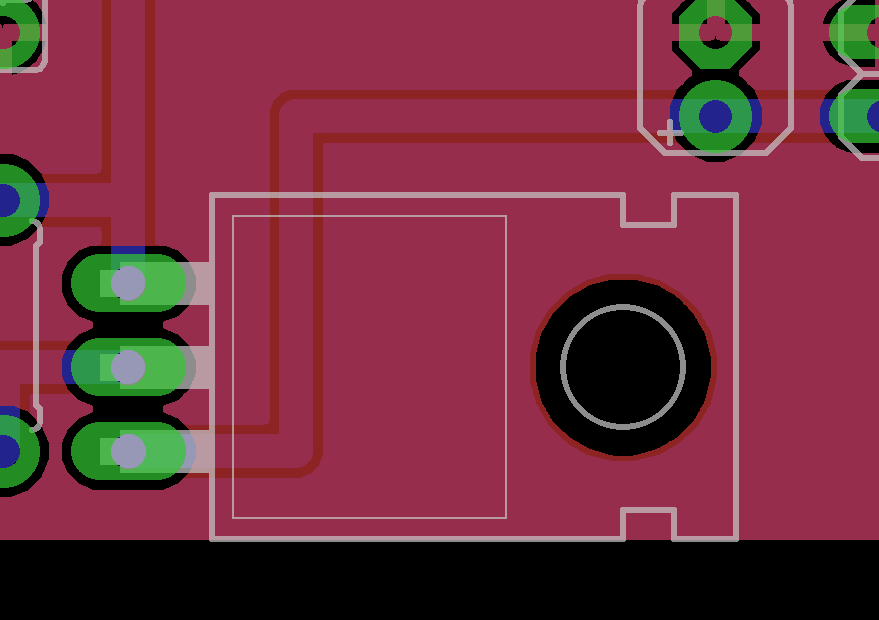 So what is the right way of placing the polygon under the regulator body?

The right way would be to choose correct part package first.

If you want the part to be placed flat on the board, use SOT-223 or TO-263 package. The TO-220 is designed to be mounted vertically and bolted to the heatsink above the PCB. That's exactly the reason why Eagle library does not have a pad for it.

The hole in the package is for mounting on heatsink. The manufacturers usually have guidelines for mounting their products, see for example the one from ST, or from Motorola.

FWIW, I think that footprint should not have been in the library to begin with. While bending TO-220 leads is possible, it is hard to do consistently in mass production without special fixture (the guidelines above call this fixture a "clamping tool"). Some companies offer customized lead bending, but it is for huge orders only.

One possible solution is to modify the footprint to make a hole in the PCB larger than necessary and use washers. Otherwise if you bend leads slightly off-place and force them into holes there will be a strain on the plastic body that can develop into crack overtime.

If you are laying down a TO-220, you can add a pad under the tab as a separate pad on the symbol. What you do with it depends on your intent. On a 2-sided board you might want to use the top layer as a heatsink and make the pad relatively large. On a multilayer board you might want to pepper it with thermal vias to make contact with the ground plane. You might want to leave room on the sides for a U-shaped heatsink between the part and the board. If the dissipation is negligible you might just want a keepout on the top layer. There are even heatsinks that take up no extra board area (from here): 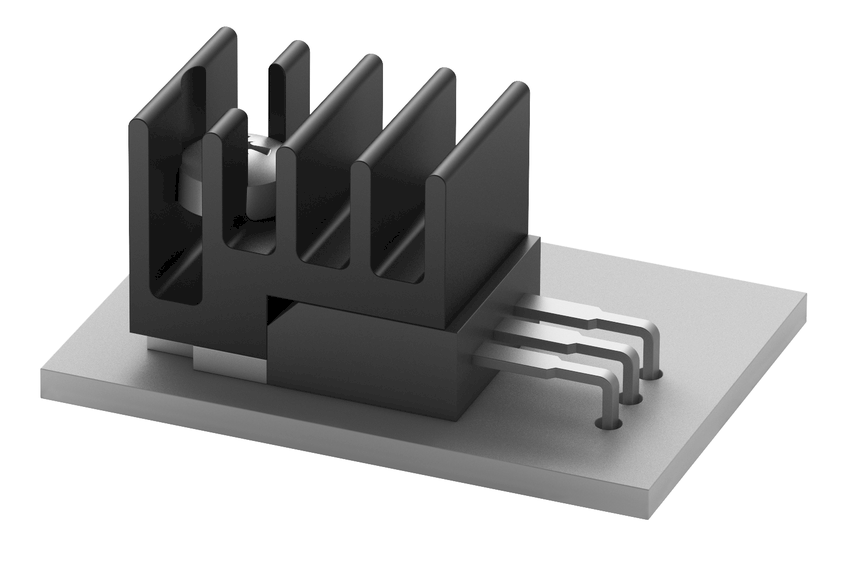 Basically, just make up a footprint for the particular situation as you need it- if you can re-use a previous one, all the better, but don't hesitate to make a new one if it makes the design better.

If you manually flip it to the other side of the board, you are going to have to have the face (plastic side) facing the board anyway to keep the pin order correct, so it's not going to short to the PCB.

6
Vias on QFN centre pad in Eagle PCB
1
Orphan polygon not filling
1
Eagle clearance issue
5
Designing castellations/half holes using EAGLE
0
How to add through-hole pads within polygon pads in Eagle?
2
Altium Designer - Should I place ground vias on a ground polygon?
0
Eagle: automatic via creation to different layers?
2
Eagle CAD: One-sided thru-hole pad?
0
How to place an exposed pad (pad should not be covered by stop-mask) on a PCB in Eagle?