Short circuit protection of a controller for flyback converter

I would like to have your opinions about this short circuit protection. Here is the schematic associated given into the datasheet. 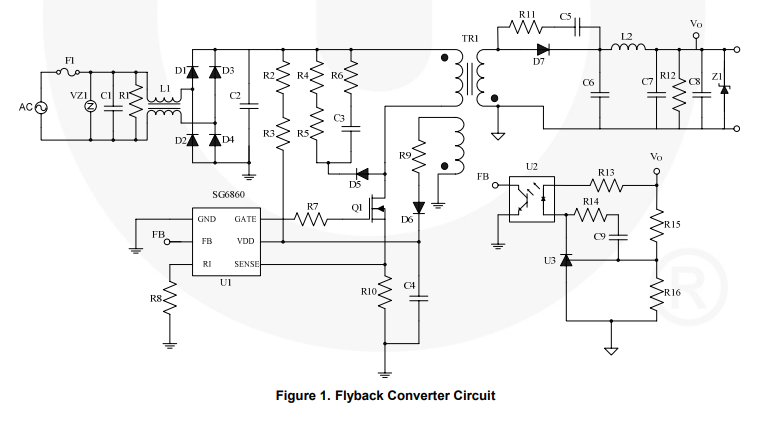 And you can find into the same datasheet how their short circuit protection works. 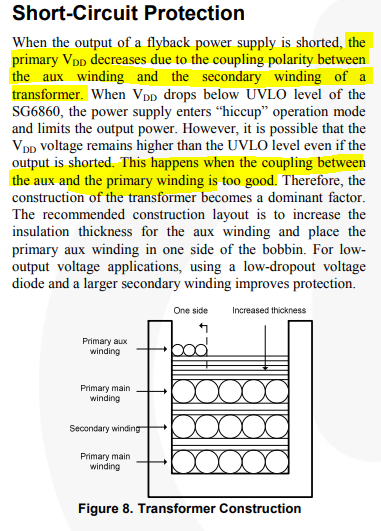 1 - " When the output of a flyback power supply is shorted, the primary VDD decreases due to the coupling polarity between the aux winding and the secondary winding of a transformer"

2:nd question: "However, it is possible that the VDD voltage remains higher than the UVLO level even if the output is shorted. This happens when the coupling between the aux and the primary winding is too good." Is it asking to reduce the mutual inductance between primary and auxilliary, ie to increase the leakage inductance on the primary side? What it really asking is to have a lower coupling between the primary and the aux and a better coupling between the output and the aux. Imagine I follow the instructions, as the current sink by the auxilliary winding is low, even if the coupling factor is poor, the flux which will not be tranfered to the auxilliary side and so will remain to the primary would not be able to produce a high leakage inductance? As Lleakage = remaining_flux/I_primary (I’m not sure of this last definition)

When you create an output short circuit, the peak current goes to a maximum value (clamped by the PWM controller but dependent upon \$V_{in}\$ and the propagation delay) and the energy stored in the leakage terms is maximum. A peak appears on the auxiliary winding which is peak-rectified by the diode and \$V_{cc}\$ increases even if the "clean" plateau is closer to \$V_{out}\$ which is theoretically 0 V in short circuit (you still reflect a bit of voltage made of the power diode drop and the drops in the PCB traces). The picture below is an excerpt from the book I wrote on power supplies: 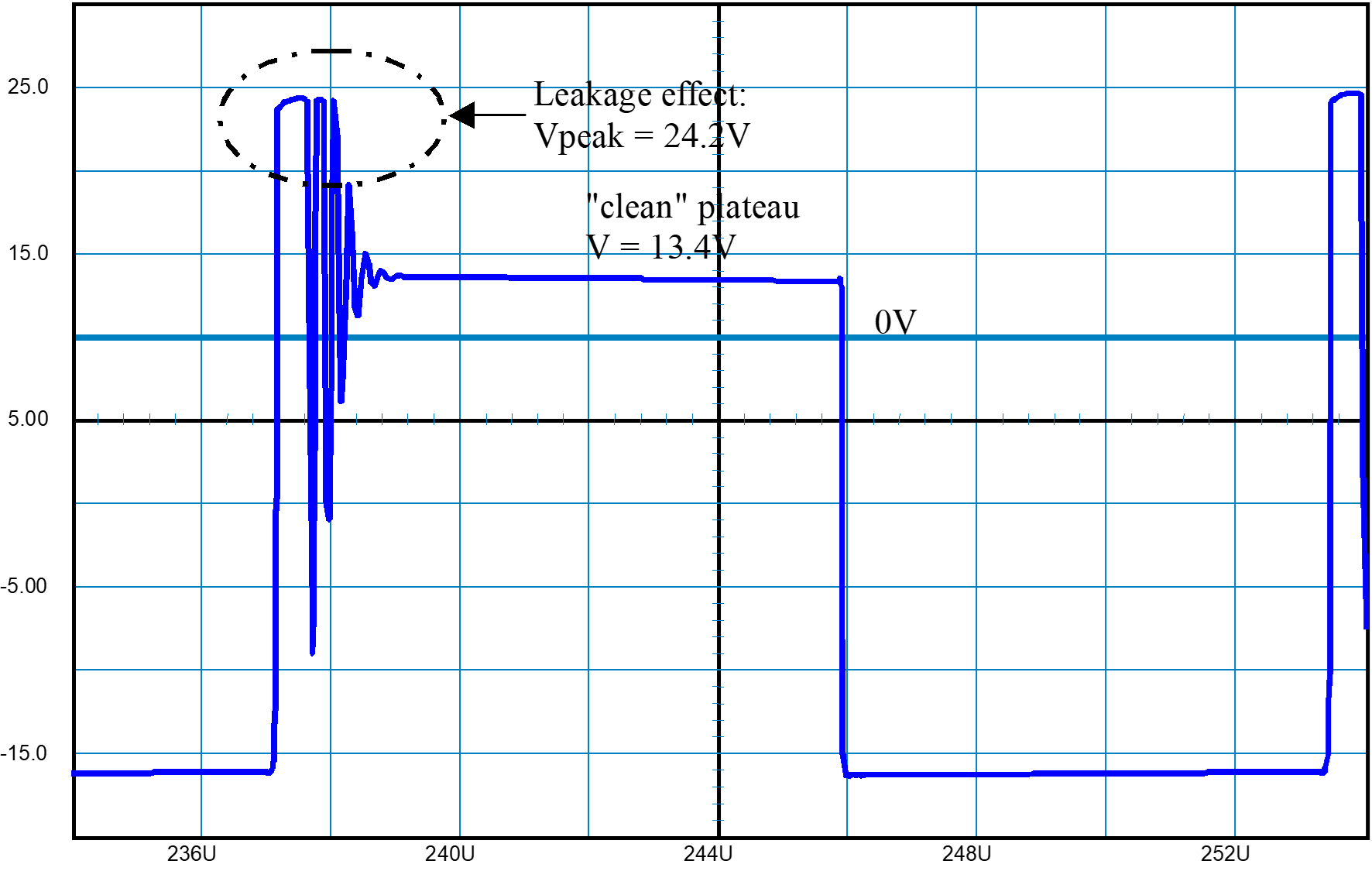 Despite an output short circuit, the voltage cannot collapse to trigger the controller under voltage lockout (UVLO) and there is not much you can do beside trying to better couple the two windings. The peak lasts until the leakage inductance is reset. To appease its effects, you can add a small resistance in series with the diode (not really effective with a badly-coupled transformer), insert a small \$LC\$ filter to get rid of the peak (damp the filter properly) or better, resort to a more modern controller which monitors the feedback pin rather than the \$V_{cc}\$ for fault detection. If the FB pin goes to the max, it means that the loop is no longer closed (like in a short circuit where the LED bias disappears) and a timer starts. At the end of the timer (usually around 30-50 ms), all pulses are stopped and the IC either latches off or, more commonly, goes into an auto-recovery hiccup mode (you can hear the tic-tic noise).

share|improve this answer
answered Jan 18 at 17:21

Not the answer you're looking for? Browse other questions tagged voltage-regulator transformer switch-mode-power-supply or ask your own question.

0
In the transformer equivalent circuit,why the primary and secondary windings are not coupled with magnetizing inductance?
0
How can the infinite reactance of either primary or secondary in an ideal transformer draw current?
5
About “leakage inductance”
5
Winding method for barrel wound secondary center-taped EE core
7
Help understanding transformer AUX winding
1
Multiple output flyback converter simulation in Advanced Design System
0
High Frequency Transformer Configuration for an Electronic Circuit Voltage Supply
0
Interleaving in litz wire transformer - to be or not to be?
0
Flux control in transformer
0
Why is a short circuit in the secondary winding of a transformer reflected on the primary side?