I'm trying to make a keypad for STM32 MCU using a 74HC14D.653 for debouncing. Datasheet says that it can be fed with 3.3V Vcc so I will not have to make level-shifting between it and MCU. 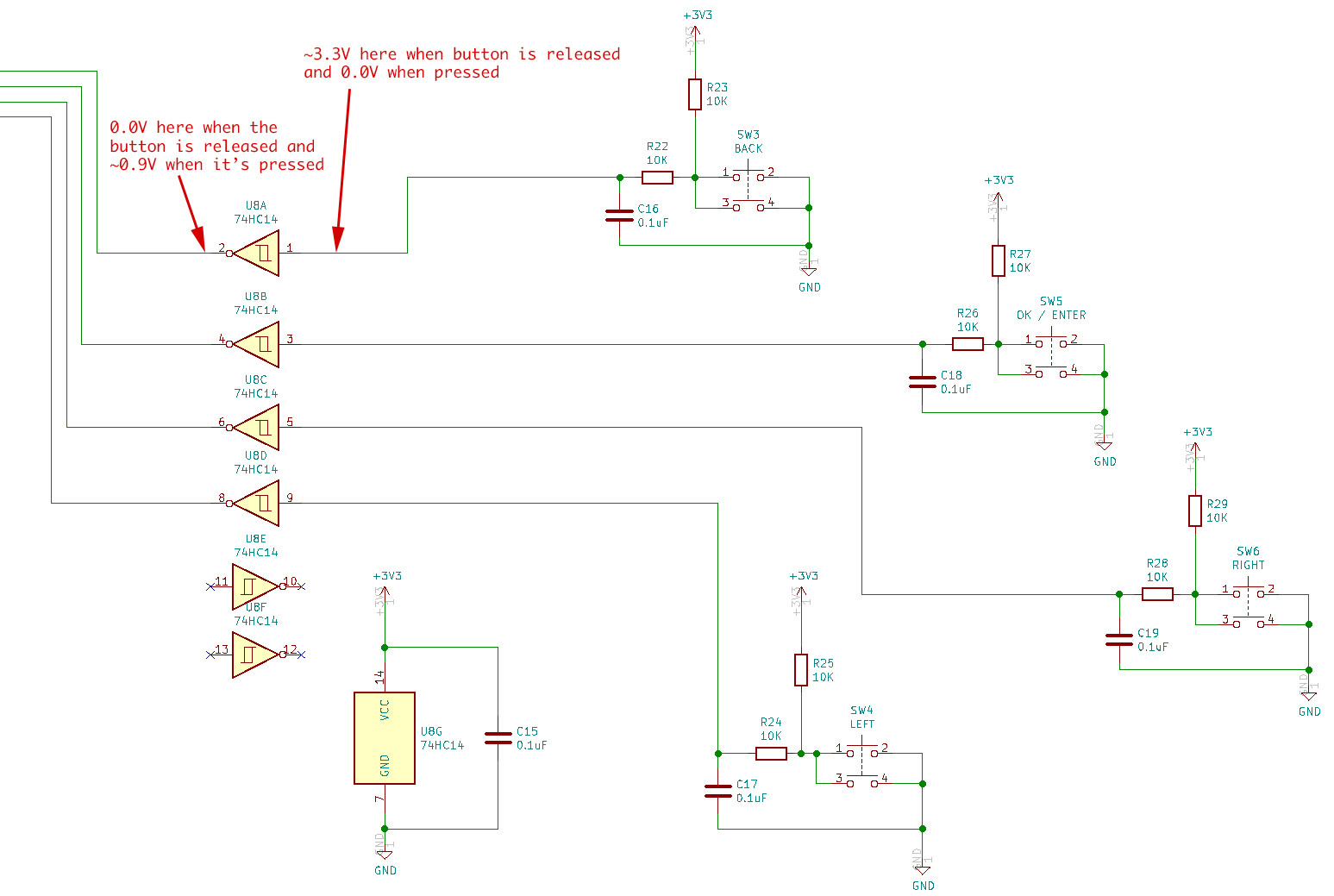 The circuit (in theory) outputs logic LOW when buttons are released and logic HIGH when they're pressed.

When I already ordered the PCB and assembled it (I know it's (a bit) stupid not to test this particular circuit before putting it all together...) I found out a pretty unpleasant thing: when for example SW3 is pressed the output on pin 2 is not 3.3V at all. It's only 0.90V!

At the same time the rotary encoder connected to another 74HC14 in the same way works somehow but the built-in switch also does not work (my guess it's just a capacitor discharge when the shaft is being rotated and MCU catches this noise as a valid signal).

What I did wrong and how can I fix it (if it's still possible)?

(Sorry for my bad C and my English and correct me if/where I'm wrong...)

Oh, and here's full keypad schematic for those who want to use this in their projects: 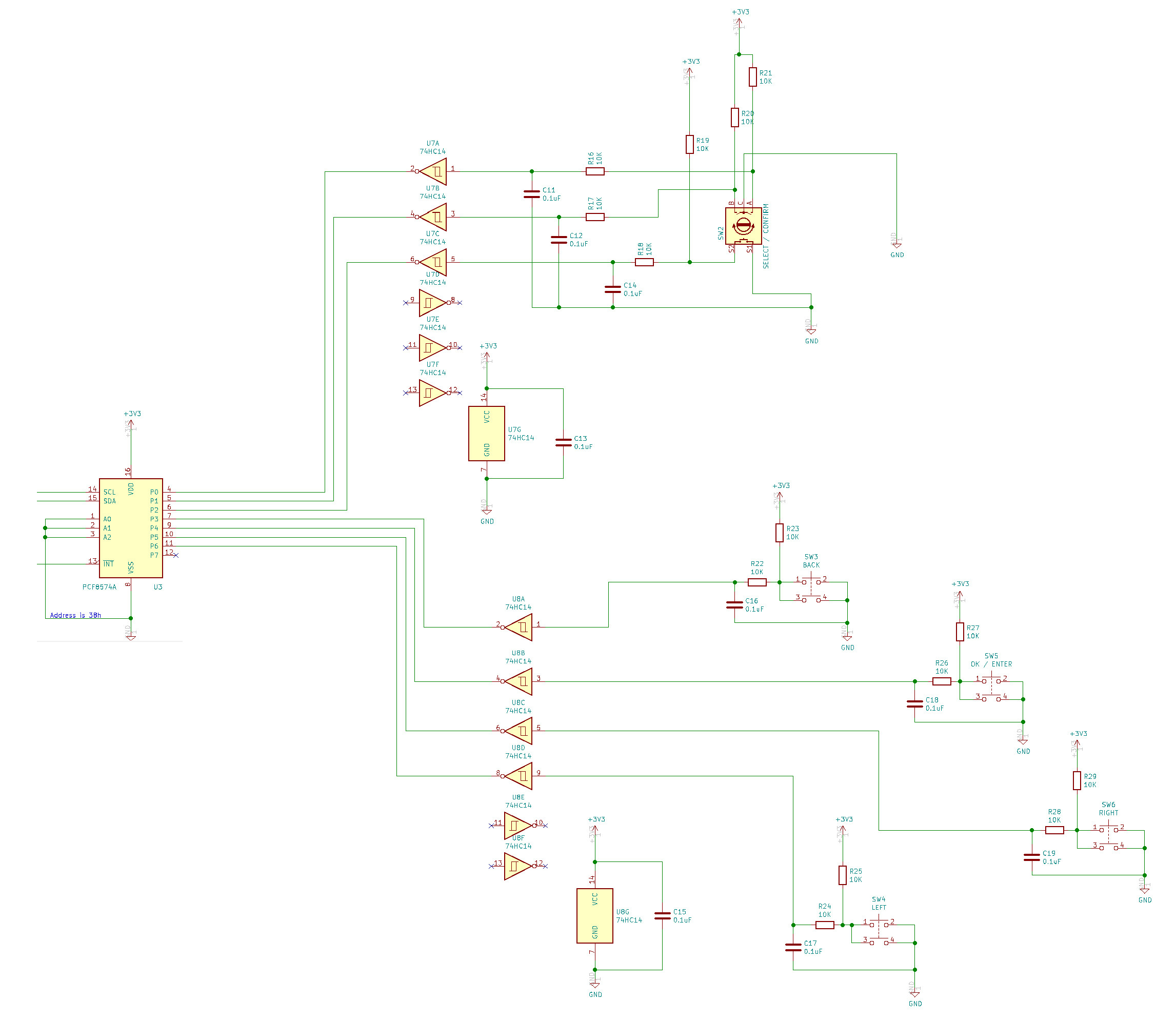 Not the answer you're looking for? Browse other questions tagged stm32 schmitt-trigger debounce or ask your own question.