When does a transistor turn on

I am having a very hard time understanding when exactly a transistor turns on. For example in the following circuit from Everycircuit: 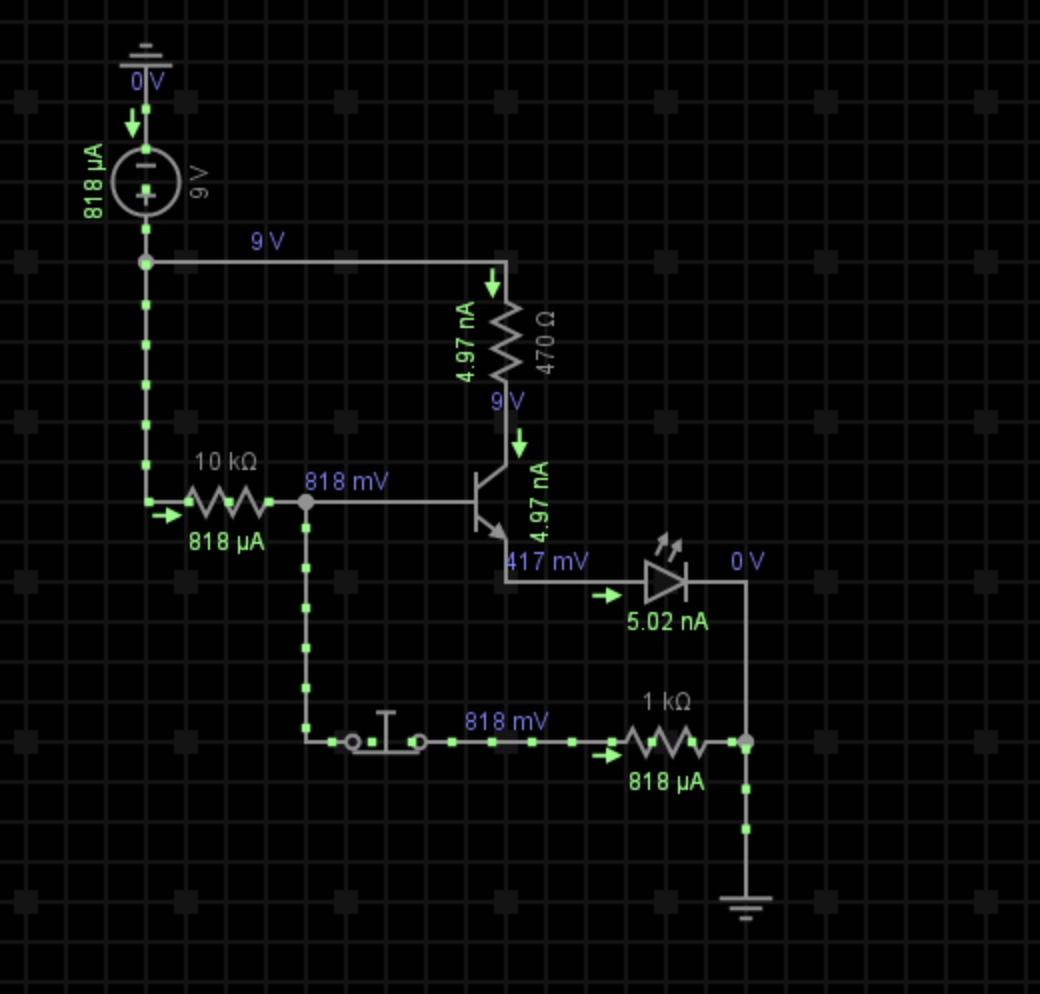 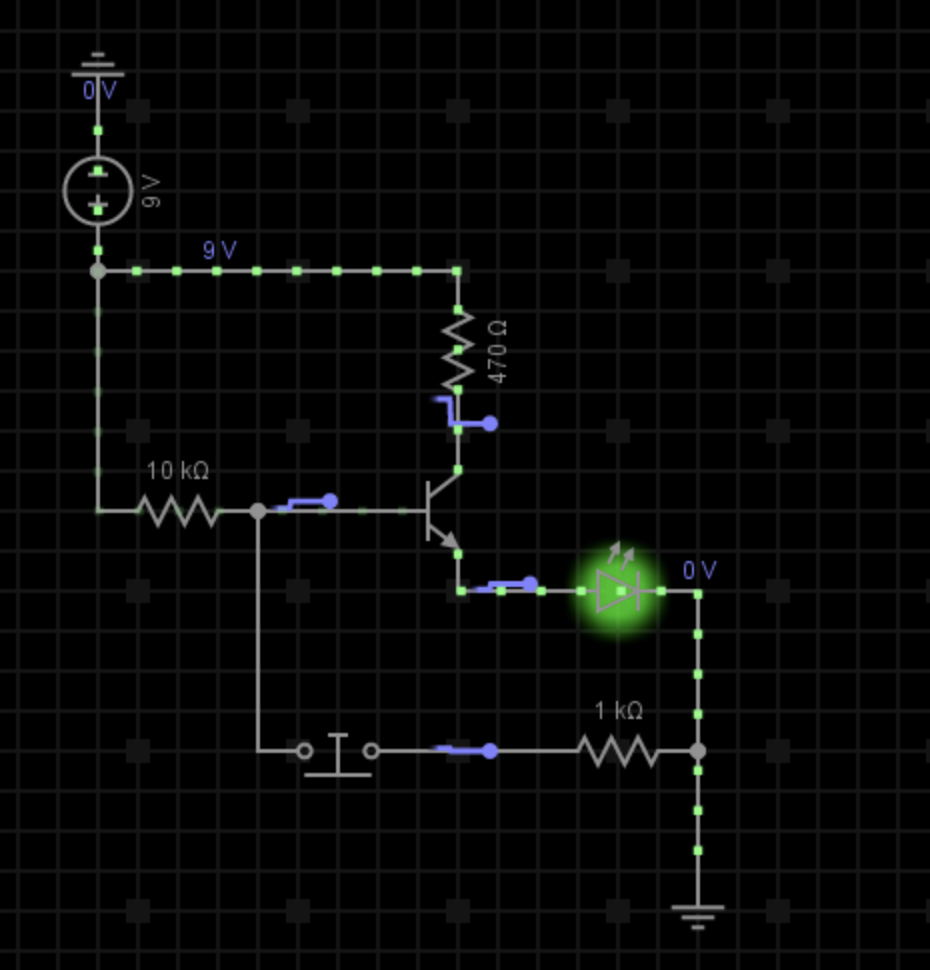 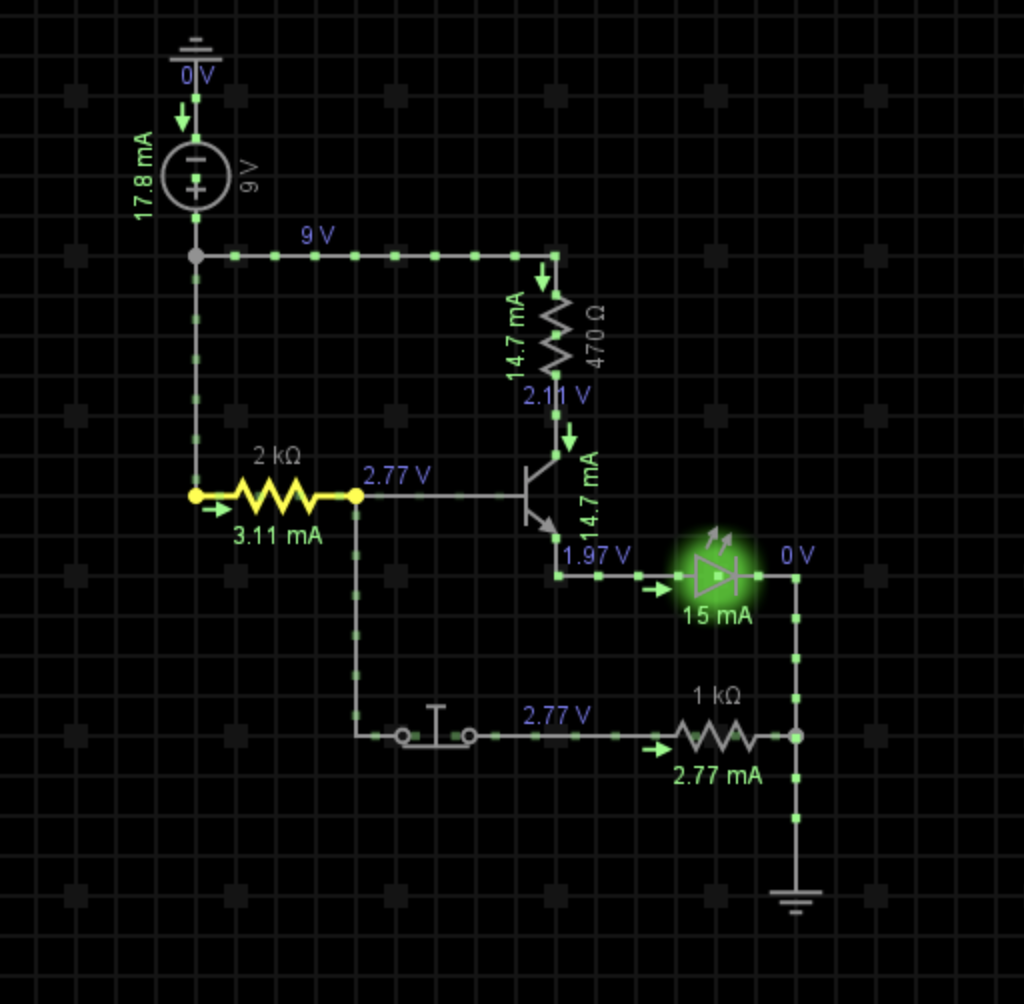 From this, how would current even have anything to do with 'turning on' the transistor at all? It seems like it's only related to voltage from the below. Could someone please describe why exactly the transistor is being turned on in these conditions? Not just conceptually but with equations as well, if possible to show the current/voltage going in and such.

Update to DEMO Question with Analysis and Tests with variable supply. 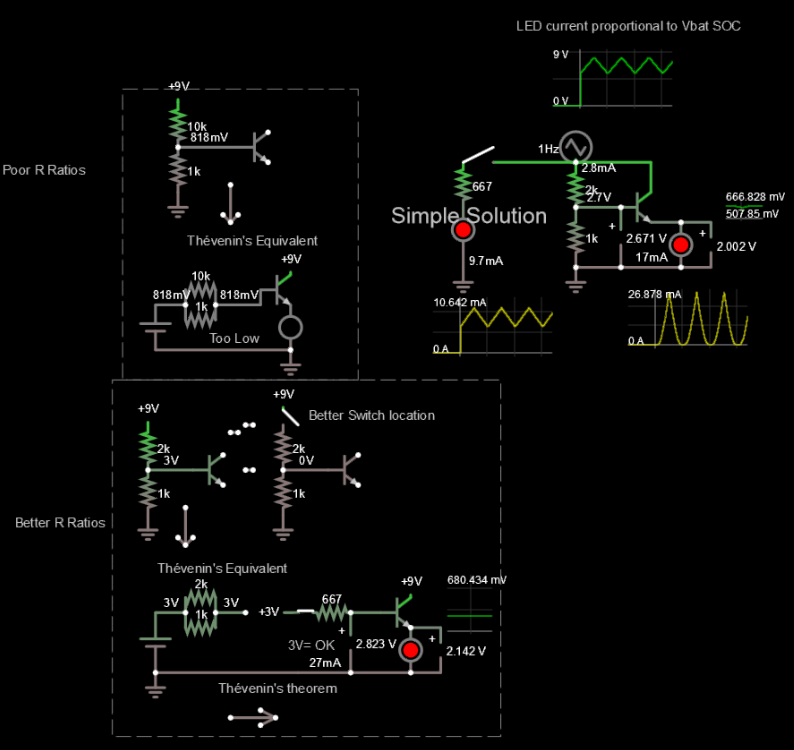 The base R pair resistor divider ratio defines a Thevenin equivalent Voltage, Veq and Req which is not effective for limiting current when the LED is under the emitter. It is better to use the transistor as a switch and limit current with LED and Rs above the collector.

Even better is to add another transistor to act as a constant Vbe current limiting regulator called the WIDELAR Constant Current Limiter after 60's genius Bob Widlar who made Fairchild then National Semiconductor famous before the 741 and earned $1 million to retire early in Mexico, but was a "brilliant alcoholic"

I applied 12 digital probes so you can see the absolute and relative voltage with current for each LED. I modeled the LEDs to match my 5mm excess stock that I have that are 20,000 mcd.

The triangle was just added to demonstrate the sensitivity to supply voltage. 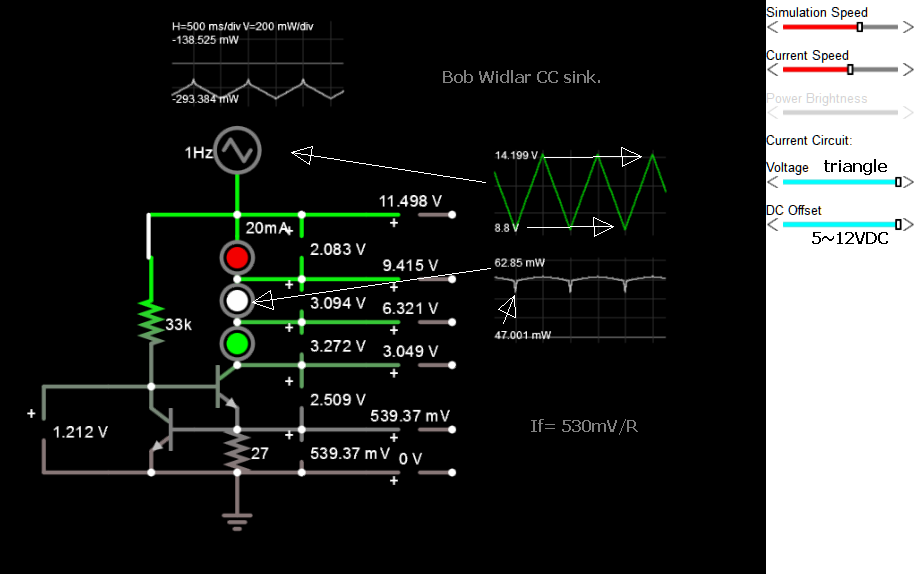 Here the upper transistor is just a linear switch and the emitter R is a current sensor that when it reaches Vbe of 500mV it starts to shunt the switch off. Since the lower regulator only uses Ic=100uA, it's Vbe is not 0.7 but rather 530 mV.

This is because Transistors are Vbe exponential controlled current sinks when the emitter is grounded. So the high current gain of 2 transistors and more or less stable Vbe are used to keep the current constant. I chose it to drop rapidly when a 9V battery starts to get weak 8.5V so it lasts longer, yet it is the same current even on a car at 14.2V

Now, what is the voltage across the 1K resistor (due to the divider) when the button is pressed and when it is not pressed?

The emitter-base junction is a diode, with (for silicon transistors) 0.058 volts increase in voltage require to increase the emitter current by 10:1

Here is atable, of approximate currents versus Vbe.

100 milliamp probably 0.8 volts or so, because of internal resistors that serve to "linearize" the transistor

Not the answer you're looking for? Browse other questions tagged voltage transistors current circuit-design npn or ask your own question.