Why are there so many grounds?

A bit of context: I'm working on a smart tracker watch for an 8 year old. A hobby project, and I'm looking for parts to use.

Anyways, that's not what I'm confused by. This is my first project, so please don't judge me if I've done something wrong. But I can't for the life of me figure out why these parts have more than one GND. One of them actually has upwards of 30. What the heck is going on here?

The part in question is from a WL1835MOD WiLink 8 from DigiKey. I've linked the datasheet here: http://www.ti.com/lit/ds/symlink/wl1835mod.pdf 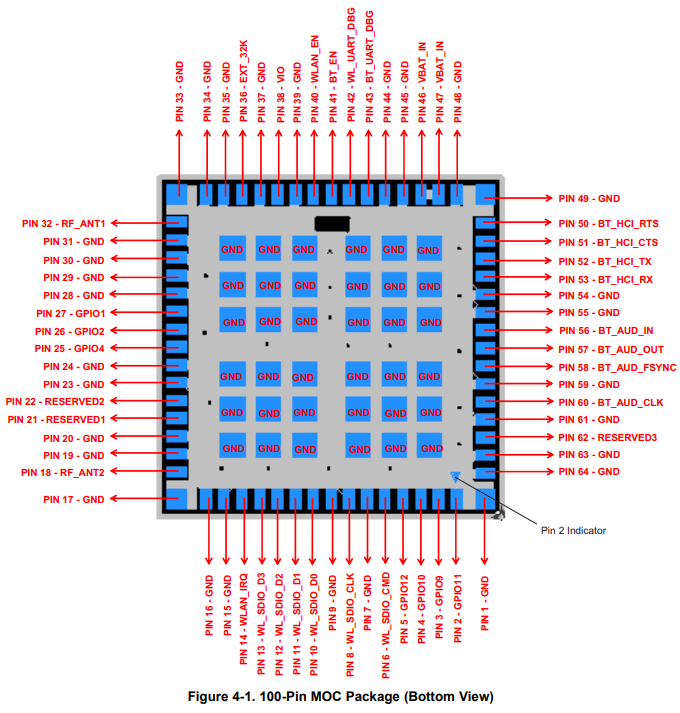 It's a Wifi/Bluetooth combo, and the part shows up as two separate parts on Upverter. That's why sometimes I refer to it as 2 parts and sometimes just 1.

Because wires and traces are not perfect. They all contain some inductance which impede high frequency currents trying to flow through them.

So what do you do if are trying to move lots of water and all you have are tiny pipes? You use a bunch of tiny pipes in parallel. Parallel inductances results in an overall lower inductance.

Also, because IC packaging is standardized and if you don't need all those pins, you might as well connect them to ground because it reduces noise due to the aformentioned high frequency currents trying to flow through trace inductance.

Grounds like you're seeing on that package can serve several functions.

1) Multiple ground pins/pads reduce the inductance of the ground paths, which is important to reduce ground bounce. Ground bounce is a shift in the ground voltage within the packege (on the die) caused by having multiple outputs switch at the same time (from dV=L(di/dt)). This sometimes goes by the term SSO, for Simultaneous Switched Outputs.

2) Multiple ground pins/pads also help to isolate one part of a circuit from another. This is especially important in mixed signal (analog or RF + digital) devices, where you don't want digital noise to corrupt the RF, or you don't want one RF path leaking over into another.

EDIT1: Example of ground use on a new chip

We are currently designing a 400 bump-pads (IO) mixed signal (RF+digital+power) chip. Of those 400 pads, 325 are some form of ground (return). Even though the device's primary function is RF, only 10 of the IO are actually RF.

The electrical reasons for the numerous GND connections are already well described by others. But they are also used to conduct heat out of the module. Find it from the application notes in the datasheet.

I once used 74HC00 logic biased linearly, as a 200MHz fet probe to capture enough signal from an NE602 oscillator/mixer's tank circuit that the production line could monitor a spectrum analyzer and set the 3 LOs to 101/107/113MHz.

When first built (my design) I used 2 Inverters in DIP package....the fet-probe oscillated.

cause --- the two inverters *shared" gnd pins (and vdd pins). And the 2nd inverter had to drive a AC_coupled 50 ohm input on the Spectrum Analyzer (was 50ohm in the gain_chain, plus the 50ohm in SA, so 100 ohms, thus 10 milliAmps per volt of load current)

cure ---- use two 74hc00, use only one inverter in each package. An alternate cure would be using 150 or 240 ohm output resistor, for 14dB reduction in the Vground.

what was the problem? not enough gnd pins. ( and vdd pins)

[so the down-voter could not provide an actual EXAMPLE, and cast aspersions instead?]

Multiple grounds is common in RF applications explained by others. And it's worth noting that using multiple grounds is also an extremely common practice for power converters and power transistors. Remember, those almost chip-scale packages like QFN are tiny, in a 3 mm x 3 mm package, having a single connection is far from insufficient to handle the large current output, and inadequate to dissipate the heat generated internally in converters.

For SOIC and QFN chips, a common solution is using many pins in parallel, and employing a thermal pad at the center of a chip, usually electrically connected to ground to achieve both high electrical conductance and thermal conductance to ground. Leaving the pad unconnected may cause the chip to malfunction. If you leave the thermal pad on a power converter unconnected, the chip may appear to work under low current, but when you attach a load, it immediately turns off due to thermal protection. 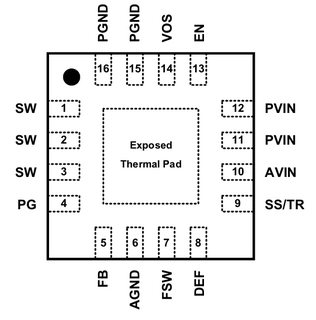 And in BGA chips, there is no thermal pad, the only path for heat dissipation is the solder balls. The number of grounds in such chips is even larger, 20-30 ground connections are typical. 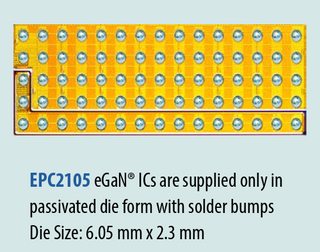 All the gray pads are connections to ground. The power and ground and output pins are distributed alternatively for thermal balancing. 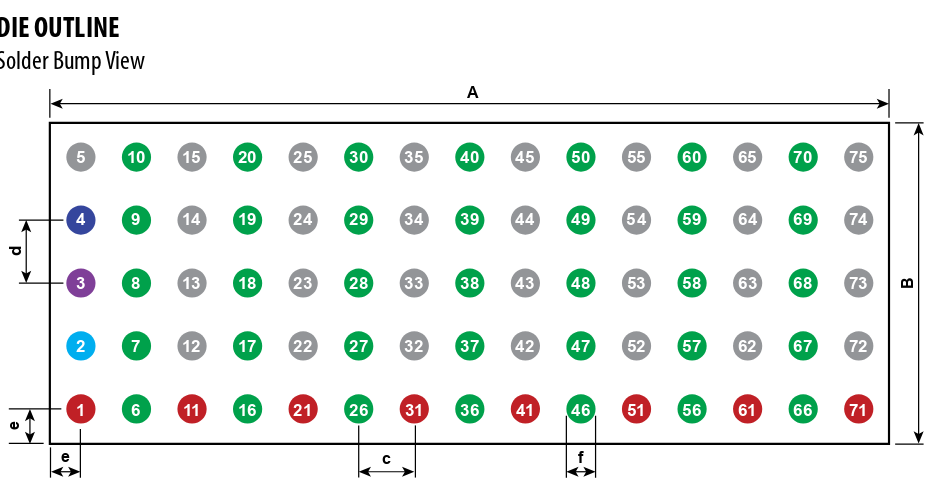 3
Are there any generic “how to use this part” guides for basic discretes?
5
Why some through-hole component leads are ferromagnetic?
8
Why are the “common” resistors and capacitors rated the way they are?
62
Why are there only four passive elements?
2
Are there any single logic gates which are just individual components?
0
What other standards are there than IEEE 315 and IPC?
5
Are there gaps in the 2% resistor standard values?
11
Can I assume counterfeit components?
1
Why are there so many names for electronic components in eagle cad?