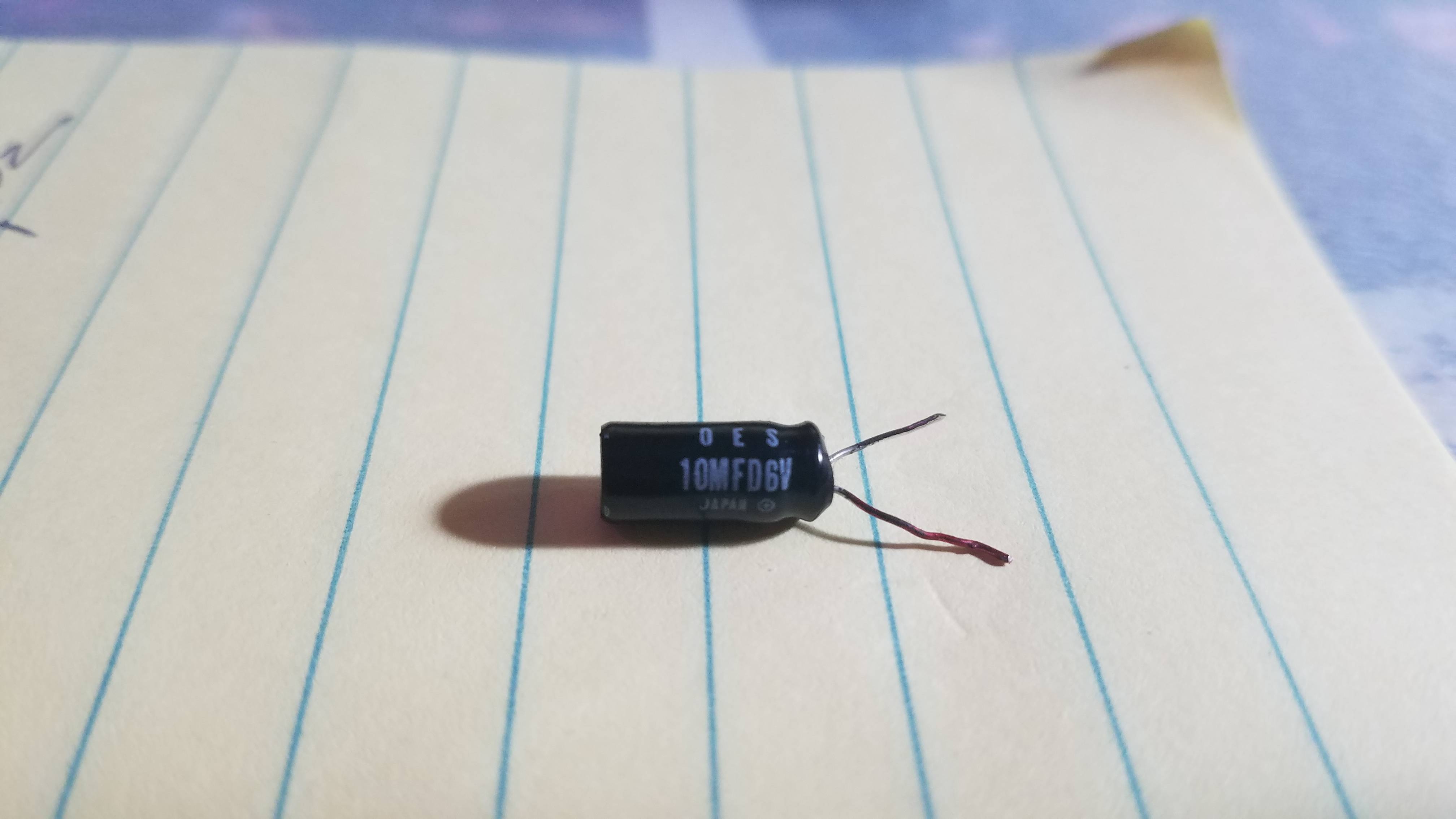 I have been trying to repair an old 14 transistor radio from the mid-60's and have no sign of any image of the radio or schematics for it online.

One step I'm taking is to replace old caps (mostly the electrolytics) and I found a capacitor that appears to take the common form factor of an electrolytic capacitor, but has no clear marking for any kind of polarity.

The picture I have included shows the only marking on the capacitor and I would like to know if anyone can identify what types of capacitor it could be (electrolytic, tantalum, etc). In addition, an ID of the polarity could be useful as well. (One leg is longer than the other, but it was mounted with one hole further from the base) (Red coloring is my doing as well)

Another possibility is a test to determine polarity?

I know this is a tough ask, but I would appreciate if anyone could offer suggestions based off experience.

The leg closer to the screen has a clear + on it, also longer leg is +ve by convention. It's an electrolytic cap. 10mfd is 10uF at 6V.

Not the answer you're looking for? Browse other questions tagged capacitor identification radio vintage or ask your own question.