Why did these two ethernet switches die (again)?

For the second time in four months I find that the two ethernet switches in my family room are dead. These are Netgear GS105 unmanaged switches labeled SW1 and SW2 in the attached figure. By dead I mean that at least the ports connecting them have failed although last time all ports had failed.

The first time this happened, in early September, I had just returned from a trip and assumed there was a lightning strike or other outside surge that lead to the failure. Netgear was good about honoring their warranty and I got two replacement devices in short order. There are several devices (PC, TV, Roku, PS3) connected to SW2 but none showed any sign of damage. The rest of my networkd (SW3, SW4) runs downstream of SW1 and I did not detect a problem on those devices either.

Recently I was on the laptop in the basement connected thru Wi-Fi to WAP2 when I lost network connection. I went upstairs to investigate and saw that one of our house cleaners was vacuuming in the family room. Her vacuum was plugged into a different outlet than either of SW1 or SW2. After the cleaning crew left I checked and sure enough SW1 and SW2 no longer work. I swapped in SW4 where SW1 sat and was able to get network downstream to SW3. Also, I have no problems on my router or WAP1. I have not had a chance to go thru and check each port on these two switches.

SW2 plugs into a Panamax M8-EX with good RFI/EMI filtering and over/under voltage control. SW1 plugs into a no-name surge protector power strip with a couple USB outlets. Both outlets appear to be grounded. Specifically, the Panamax does not report a bad ground and both outlets pass a basic outlet tester. Could be it's a crappy ground but not an open ground for sure. There is a 10 ft span of UTP cat5e cable between SW1 and SW2 (? in diagram). The ethernet cable runs tightly along the bottom of the baseboard up against the carpet.

I assume that the vacuum cleaner had something to do with the failing switches but I'm not sure how. First theory: the vacuum cleaner causes a substantial dip/spike in the mains voltage and this messed up the switches. Seems unlikely as each switch is plugged into a surge suppressor and there are several electrical components plugged into the same surge suppressor as SW2 with no problems. Second theory: The ethernet cable between SW1 and SW2 picked up EMI noise from the vacuum when they vacuumed along the wall where it runs. This EMI noise was enough to bust ports on SW1 and SW2 but nothing downstream (although I have some reason to believe that SW3 is now dropping packets).

Do either of these theories make sense? If so, what should I do to avoid a three-peat? (1) I will replace the no-name power strip with a high quality noise-filtering surge suppressor such as an ISOBAR4ULTRA or another M8-EX. (2) I may replace the UTP cable between SW1 and SW2 with an STP cable. Also, I can run it above the baseboard rather than at the bottom of the baseboard to keep it away from vacuum cleaners. If I do install STP it will be a factory patch cable. Do I need to do anything special at the ends to ground the shield? Do I just plug it into the switches? (3) I have considered to install ethernet surge suppressors on either end of this cable. Is that overkill?

Any comments or suggestions are appreciated. 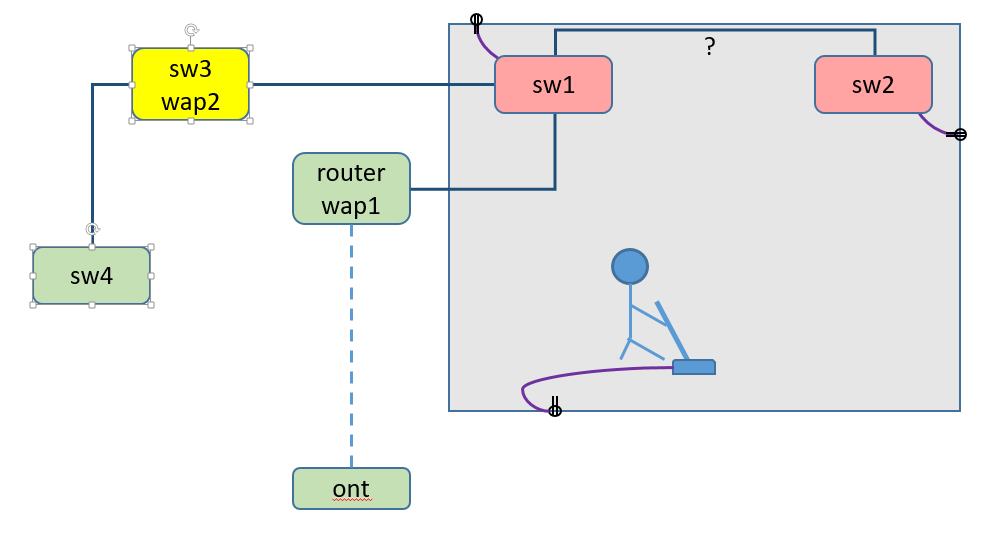 surge arrester basically only MOV which the characteristics slower to react such high spike of potential energy created by vacuuming a carpet. carpet it self discharge over 4KV not sure how much it can get if contacting with vacuum cleaner.. it will be overkill by your Ethernet cable shield.

the discharge highly likely to jump on your Ethernet cable since no way such EMI could kill your ethernet, i have never seen the problem occurred by EMI in line power since the most modern device use EMI filtering.

and highly unlikely your switch have protection against such discharge spike from carpet with MOV connected to ground shield for your every port. usually only put MOV in power supply for your switch.

try to move your ethernet cable, put it high over ground.

Not the answer you're looking for? Browse other questions tagged ethernet surge-protection or ask your own question.

0
Ethernet signals
0
1-2 second home power loss: some circuits stay powered - computer doesn't turn off. How is this possible?
2
Protection and termination of an outdoor underground Ethernet cable
1
How do I test grounding/lightning protection?
0
What are the Pros and Cons Using a Relay to Bypass LAN with Dual Ethernet Ports after POWER LOSS
0
Can I use Ethernet UTP instead of COAX for satellite TV