How do I find value of gain that stablizes the system from root locus? 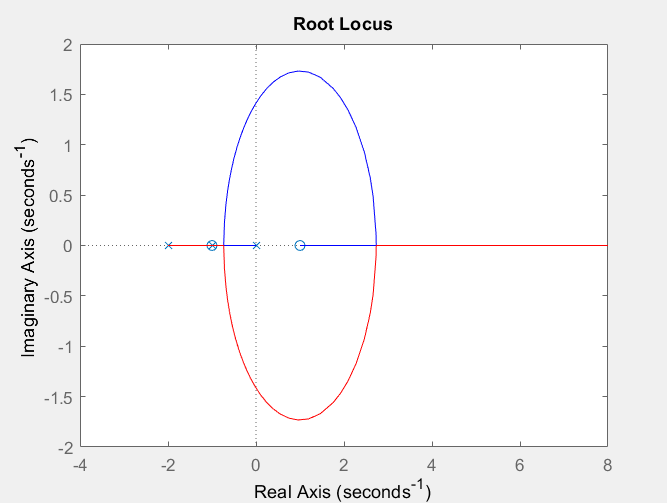 which is obtained by the following code:

how can I find the value of \$k1\$ that makes the closed loop stable from the root locus?

I have tried looking at the windows that opens in the plot: 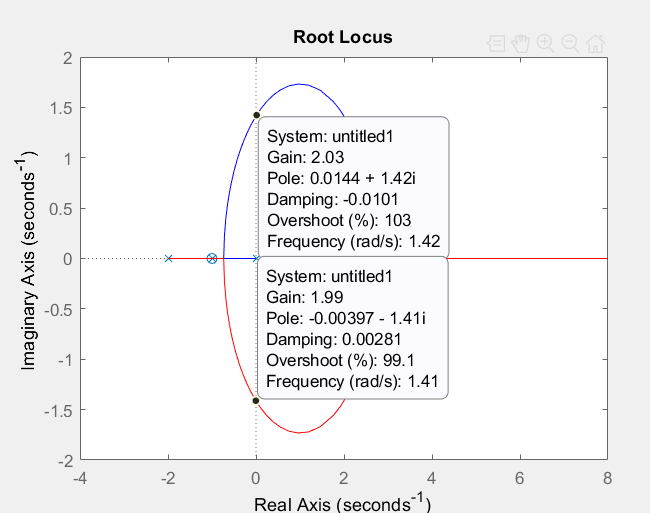 and considered these valuse of gain as a bound for the gain to use,so I tried to use values of gain between \$0\$ and \$1.90\$, but the system is still unstable.

How can i solve this?

If I try to use the Routh criterion to find the value of \$k1\$ I have that the closed loop is:

and then I use the Routh locus as follows:

where I have used the bar \$|\$ to indicate that the numbers belong to different columns in the table.

also If I look for the gain margin, I have :

which gives as result:

But for \$F4(2,2)\$ I have infinite gain margin, ans since I have done a partial decoupling, I have also the term \$F4(1,2)\$ for which also the gain margin is infinite. Could it be that the problem is this?

I believe rlocus() only gives the stability of gain in the feedback loop (as in the form G(s)/(K*(G(s)+1)).) You can't find the root locus for any arbitrary gain that way.

Not the answer you're looking for? Browse other questions tagged signal control control-system stability or ask your own question.

1
What happens when P controller's gain equals zero?
4
Pole-zero cancellation Paradox
2
Stability and loop gain of negative feedback systems
1
Control system stability with respect to gain margin and phase margin
0
Relationship Between Root Locus Pole and Percent Overshoot and Gain in MATLAB
1
Phase margin and stability
1
What is the gain margin of the system, when the phase crossover frequency does not exist?