I am trying to design an op-amp with a high-pass feedback. The diagram is shown below. The high pass feedback has a corner frequency at 1Hz. 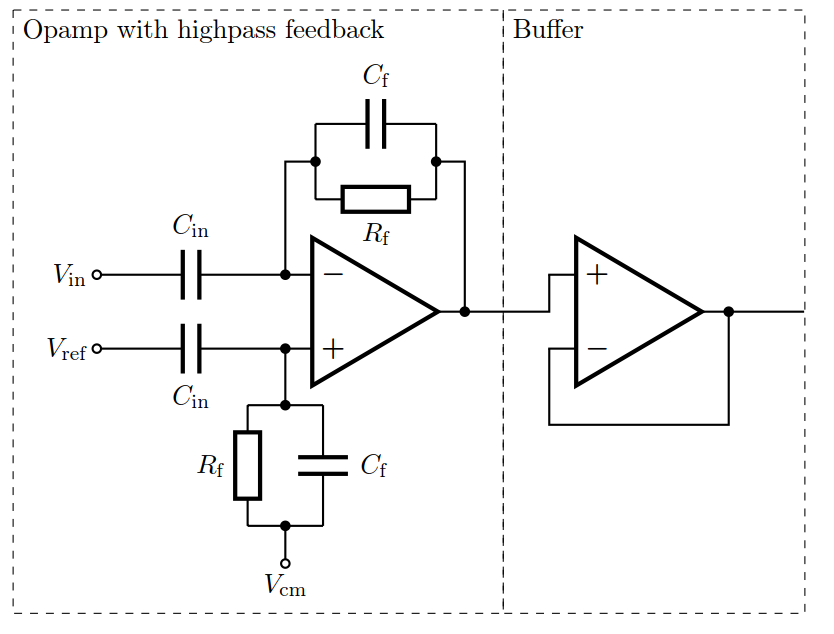 The op-amp itself is two stage as can be seen below. 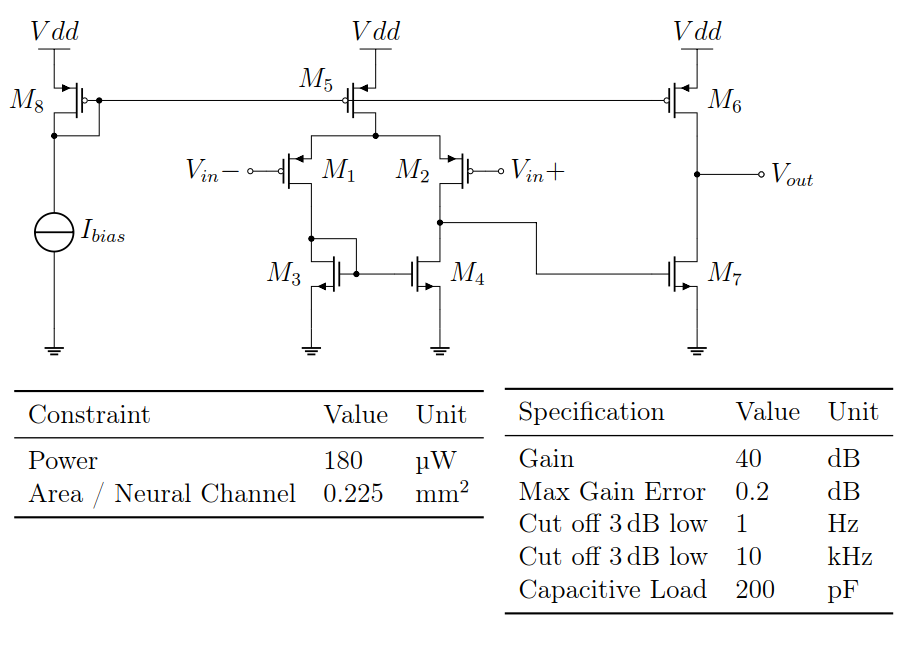 Here is the other question: I have only about 55𝜇A to play with based on the power requirements. In other to meet the required GBW, I need about 17𝜇A in the branch that contains M1 and M3. I would naturally just mirror this current to the branch containing M2 and M4. However, this would the current in this branch 34𝜇A leaving only about 20𝜇A for the second branch which is too little. The second branch should consume the highest amount of current. The only way I can reduce the current in the middle branch is by mirroring only a fraction of 17𝜇A into the branch containing M2 and M4. This makes things very hard because it would implying that M1 and M2 (and also M3 and M4) are no longer of the same sizes. Based on the number of designs I've seen, M1 and M2 (and also M3 and M4) are always of the same sizes. This seems to imply that something is quite wrong. I wouldn't mind some assistance if possible.

The capacitor across the feedback resistor adds a zero in the loop. That is to say that it increases loop gain but it also adds phase, improving stability. This capacitor also adds a pole at a higher frequency which has the potential to cancel out the stability improvement of the zero. So the capacitor value must be carefully chosen so that the loop gain gets down to unity before this higher frequency pole is reached.

The compensation capacitor's value would be chosen to give the desired phase margin, usually for unity closed loop gain, but maybe for a higher closed loop gain for a decompensated op amp irrespective of how the external circuit is configured. The designer then has the option of including a capacitor across the feedback resistor to further improve stability if desired. This capacitor is sometimes included for the dual purpose of reducing high frequency noise.

The current in either side of the input stage should be kept balanced (equal) or distortion will result.

For example, if there is 20uA total in the input stage and 35uA in the output stage then the slewrate equals (assuming a 100pF Ccomp) :-

Open loop gain is determined by the transconductance, Gm of the input stage and the impedance of the compensation capacitor at any particular frequency.

Gm does decrease as the input stage’s differential amp’s tail current decreases, but this shouldn’t reduce GBW because as Gm decreases (due to reduced tail current) you would decrease the size of the compensation capacitor (increasing the O.L gain back up) to achieve the desired phase margin of somewhere between 45° and 65°.

That op amp design could do with an output stage on it: 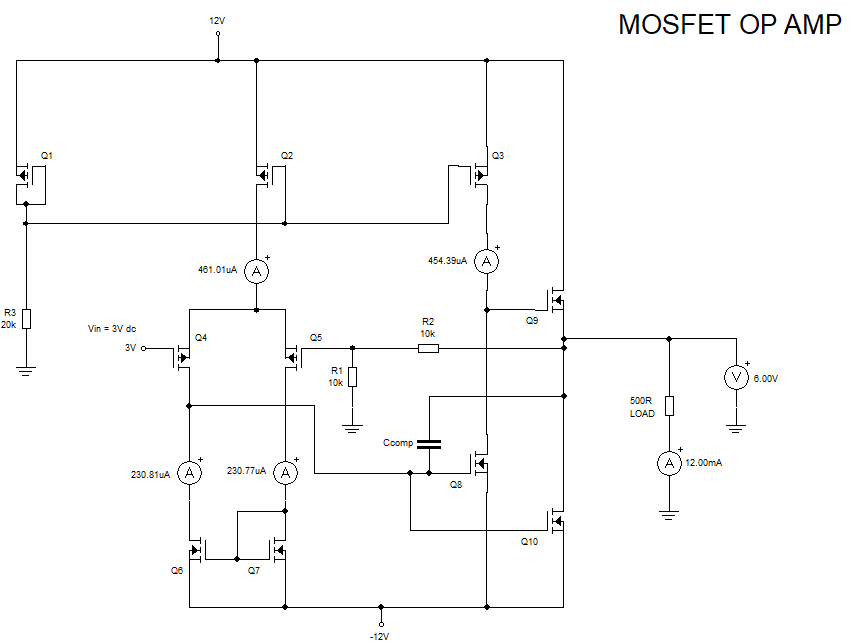 Not the answer you're looking for? Browse other questions tagged operational-amplifier design compensation or ask your own question.

7
Should I be concerned when loop gain rises back above 0dB on simulation?
6
Loop compensation design of buck converter
6
Understanding in-loop compensation for capacitive-loaded OpAmp
3
Compensation for op-amp difference circuit
1
Why is frequency compensation required here?
0
butterworth configuration of multi-stage amplifier
2
Do lead and lag filters have the behavior of high and low pass filters even if the zero and pole used are complex?
0
Limitations of op-amp phase shifter design