Equivalent circuit of a transformer

In equivalent circuit of a transformer, there are two inductances, \$L_p\$ and \$L_s\$. These are called Leakage inductances, as the name suggests due to the leakage flux from both the coils.

1) Are these self inductance? Cause, when we calculate the voltage across an inductor we include two components, one is due to self induction, \$-L \frac{di}{dt}\$ and the other due to mutual \$M \frac{di}{dt}\$. Are \$L_p\$ and \$L_s\$ only due to leakage flux or they generally represent self inductances of both the coils? If yes, what about the rest of the flux, won't that induce emf?

3) Why does resistor reduce the lag in a RL circuit? I understand why current lags by 90° with the voltage across the inductor. (After watching this) But I don't understand why that lag, would be diminished by the presence of a resistor, the resistor would just decrease the amplitude of the current. I thought that, there would be lesser voltage across the inductor in a RL circuit, as some would fall across the R, and hence the change would also be less which produces smaller opposition. But then if I apply that reduced voltage across L alone in a separate circuit, there's a solid 90° lag, it's not reduced. If there were a capacitor, it would push the current more, and therefore it would reduce the lag, by why does the resistor reduce the lag in a RL circuit?

Are Lp and Ls only due to leakage flux or they generally represent self inductances of both the coils? If yes, what about the rest of the flux, won't that induce emf?

Lp and Ls are leakage inductances due to imperfect coupling between the primary and secondary. Lm is the prime mover when it comes to flux because it is the magnetization inductance: - 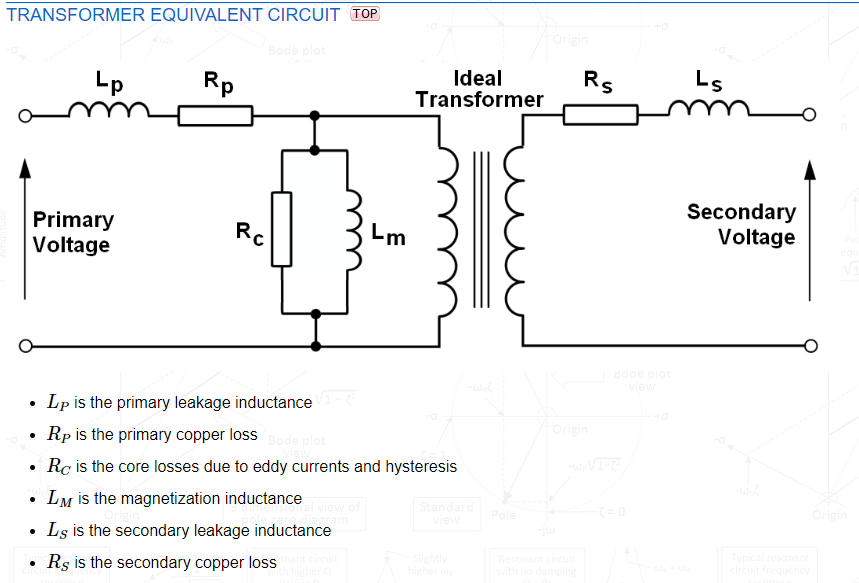 Above image from here.

How can the induced emf leads the flux by 90∘

The current in Lm is 90∘ lagging the primary voltage because

Current and magnetic flux (\$\Phi\$) are in phase but, there is a further 90∘ shift in the induced secondary voltage due to: -

Why does resistor reduce the lag in a RL circuit?

For a very high frequency stimulus the inductor would be seen as open circuit compared to R hence, as frequency rises, the 90∘ lag gets smaller.

Many books Induced emf as lagging and many of them show it as leading. The choice being the result of convention selected. 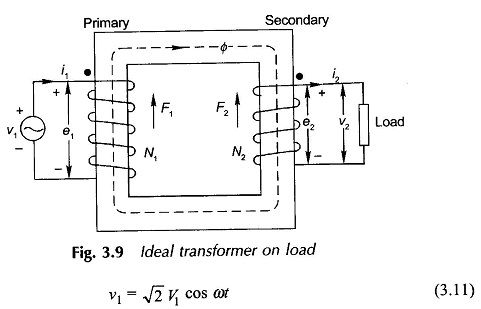 Paired with Lenz's law it says:

So in the book that you are following, they would have marked the polarities of induced emf according to Lenz's law and then simply applied Faraday's law to say induced emf leads the flux. 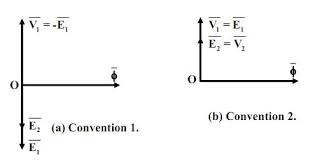 In convention 1, phasors E1 and E2 are drawn 180° out of phase with respect to V1 in order to convey that the respective power flow directions of these two are opposite. The second convention results from the fact that the quantities v1(t), e1(t) and e2(t) vary in unison then why not show them as co-phasal and keep remember the power flow business in one’s mind.

One convention takes in account the physical aspects of transformer action ie lenz's law while other convention just deals with the circuit analysis without giving any physical insight on the phenomenon.

They are taken to the equivalent circuit to present the fact that primary and secondary have only partially common flux. A part of the flux that primary generates bypasses the secondary and vice versa. Lp and Ls present that part of the total winding inductances that are useless for the transformer operation.

The total voltage of the LR series circuit is shown by the vector sum of the phasors of the R and L voltages. It has phase angle somewhere between 0 and +90 degrees. The angle decreases as the 0 degrees resistor voltage increases

Not the answer you're looking for? Browse other questions tagged transformer inductor electromagnetism design inductance or ask your own question.