Which signals does a 3-pin mouse switch allow to differentiate?

I am wondering, which signals does a 3-pin mouse switch send. Does it only send

or is it able to differentiate between 3 states:

Here is a diagram of such an (Omron) switch: 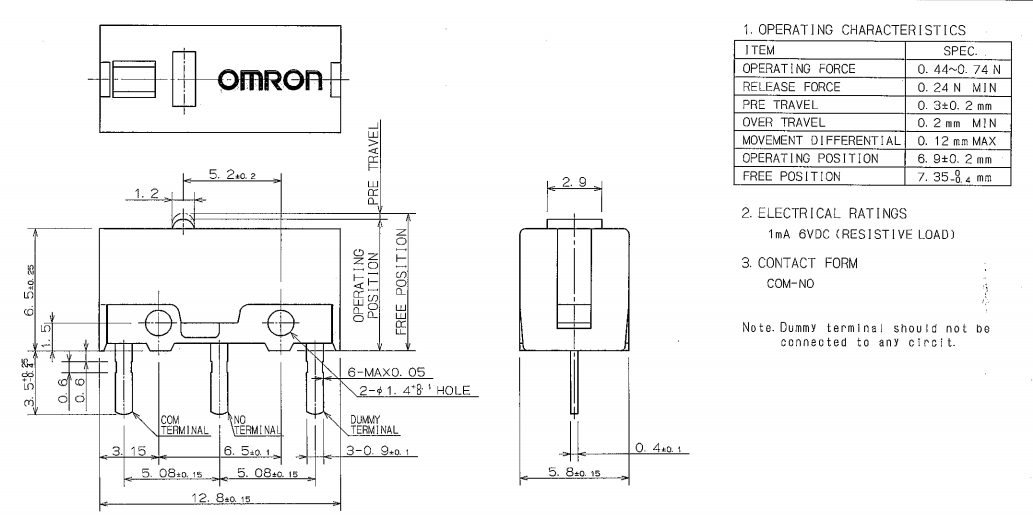 Here is some further explaination from Omron's website about some of the terms, but I'm afraid that I am unable to understand it: Basic Switch: NO, NC and COM Contact Terminal 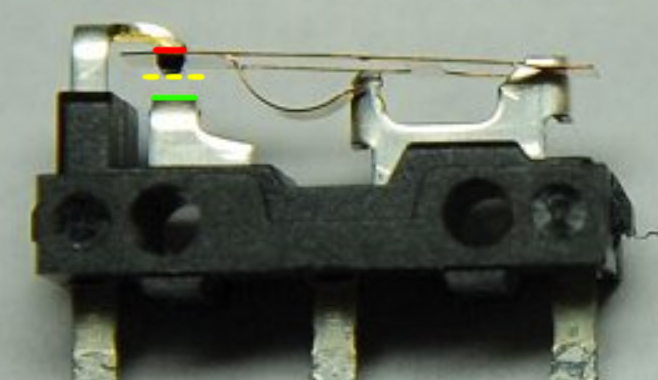 I'd ask you to explain with easy terminology, since my background is almost purely software engineering. I have only very little electrical engineering knowledge. Thank you!

Thanks to the first answer to this question by Andy aka, I am able to state more precisely, what I really want to know:

I am wondering, which signals does a 3-pin mouse switch send

It is a passive device and it doesn't send signals; it can be regarded as an open circuit (high impedance) or, when activated, a short circuit (low resistance). This means that signals can pass through the switch or, get blocked by the switch.

or is it able to differentiate between 3 states

It's possible that the dummy terminal does nothing other than provide some mechanical strength when soldered or fixed into place in the target circuit. This dummy terminal would likely replace the normally closed contact.

The metal spring can also be in between the two connectors and not connect to any of them, but float in mid-air (indicated by the dashed yellow line).

Usually this is a transitory situation lasting only milli seconds and cannot be held in this state due to mechanical hysteresis i.e. once the switch starts to move, it flips over fairly rapidly.

Some switches are therefore described as "break before make" or "make before break" and this describes how the contacts connect and disconnect as the switch operates. For instance, make before break devices will connect COMMON to NORMALLY OPEN before breaking with NORMALLY CLOSED.

Can the switch differentiate between all three of these states

The switch is a passive unintelligent device and therefore if you want to know what state it is in you use electronic circuits to make that differentiation. The middle state (half way) is rarely ever used for anything meaningful except in electronic piano keys where the time taken to break then make is used as a measure of how hard a finger has hit a key.

Think of the switch as able to perform this type of analogous fluid flow function: - 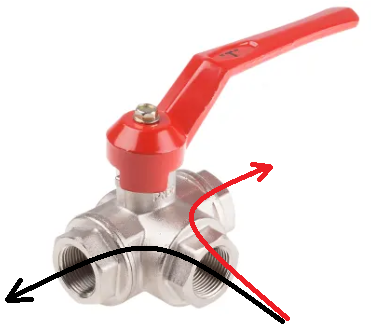 Back to electricity; the arrows represent flow of electrical current.

Not the answer you're looking for? Browse other questions tagged signal mouse or ask your own question.

6
How does an optical mouse detect movement?
27
How does a ball mouse know the direction?
3
How does Fourier series apply to signals?
13
Does a USB mouse have memory that could be used to store malware?
0
What is the proportion of the strength signals between wired and wireless mouse/keyboard?
1
How does an antenna differentiate between different signal waves?
0
USB bus Differential signals and Pin swapping
23
In which direction do electric signals flow?