Is it safe to rub WD-40 in to a brass insert on a circuit board?

I am trying to replace the SSD on a laptop. After a Loctite nightmare that I had while getting the casing off, there's just one last screw between me and getting the job done. Despite being confident that I've got the right screwdriver (a 000 Philips), the thing just won't budge. On top of my fear that I may have threaded the screw, I'm worried that I'm fighting Loctite again.

Fortunately, I know that a common Loctite removal trick involves dabbing some WD-40 on the screw with a cotton bud, letting it soak in, and then doing it again before trying to remove the screw normally. I'm ready to attempt this, but I just can't shake the feeling that WD-40 and circuit boards shouldn't mix.

Is it safe for me to put WD-40 so near to my circuitry? I've included a picture below. I'm hoping for the WD-40 to be contained by the (presumably brass) insert. Better yet, I'm hoping that I'm simply misremembering how WD-40 reacts to PCB.

Note: It has been quite rightly said that this appears to be an x/y question, so I will make this note for future readers. The answers given appear to show that WD-40 is safe, which is all that was asked for and is indeed an answer. However, my research indicates that it will be ineffective. This here is the spec sheet for blue Loctite, which is one of the weaker forms of Loctite. Of note, it says that the Loctite only loses 15% of its strength after 500 hours of exposure to acetone. If acetone can only just barely do the job, then I suspect that WD-40 won't be able to do the job at all. In short, this question and its answers seem to show that WD-40 will be safe, but ineffective.

Putting WD-40, which has lubricating properties, on your screws and threads is not a great idea, especially in tight spaces where you won't have much of a way to wash it off with solvent afterwards. As you noted, many of these screws were secured with Locktite, which is usually done to prevent them from loosening due to vibration and other forces acting on the parts they hold together. By applying WD-40, unless it's subsequently washed off, you're doing the exact opposite of what was intended with Locktite - you're making the screw even more prone to loosening than it would normally be without any additives applied.

The reason why WD-40 helps defeat Locktite is a combination of its lubricating properties (which are undesirable for screws) and its solvent content. Solvent would be perfectly appropriate to apply on screws and threads, so if chemicals are your preferred method here, you might want to try isopropyl alcohol (which is not a very aggressive solvent and should be safe to use around most electronics components) or some more serious solvent like acetone. With acetone or any other aggressive solvent, you'll need to be careful not to spill it onto the PCB and the plastic parts around it, because it will soften and dissolve plastics, soldermask, legend print on the PCB and possibly parts of some of the components. It's also really important to have very good ventilation when working with chemicals like acetone, for health reasons.

As others already pointed out, another widely accepted method of defeating Locktite is by applying heat. If I were you, I'd pick that route - the risk of damaging electronics at these temperatures is low, and I wouldn't be compromising my mechanical connections the way I would have by using WD-40. For the source of heat, you can use a soldering iron (with its temperature set to 150-180 °C [300-360 °F], or if that's not possible, just carefully limiting how long it's touching the screw should be fine) or a clothes iron set to the highest temperature, if you can fit the tip of the soleplate in there.

When it comes to actually gripping the stripped screw head, avoid methods that create metal dust - you don't want that on your electronics. Prefer using a tool that bites into the screw head instead. Apart from others' great suggestions, there's one other suitable tool that you may have lying around - a small end-cutter. If the blades of your particular cutter extend all the way to the sides of the jaws, you should be able to carefully make them bite into the edge of the screw head, holding the tool horizontally (ie. in the plane of the top face of the screw head). That way, you'd have excellent mechanical advantage to turn the screw, as long as you're very careful not to allow the jaws to slip off the head. 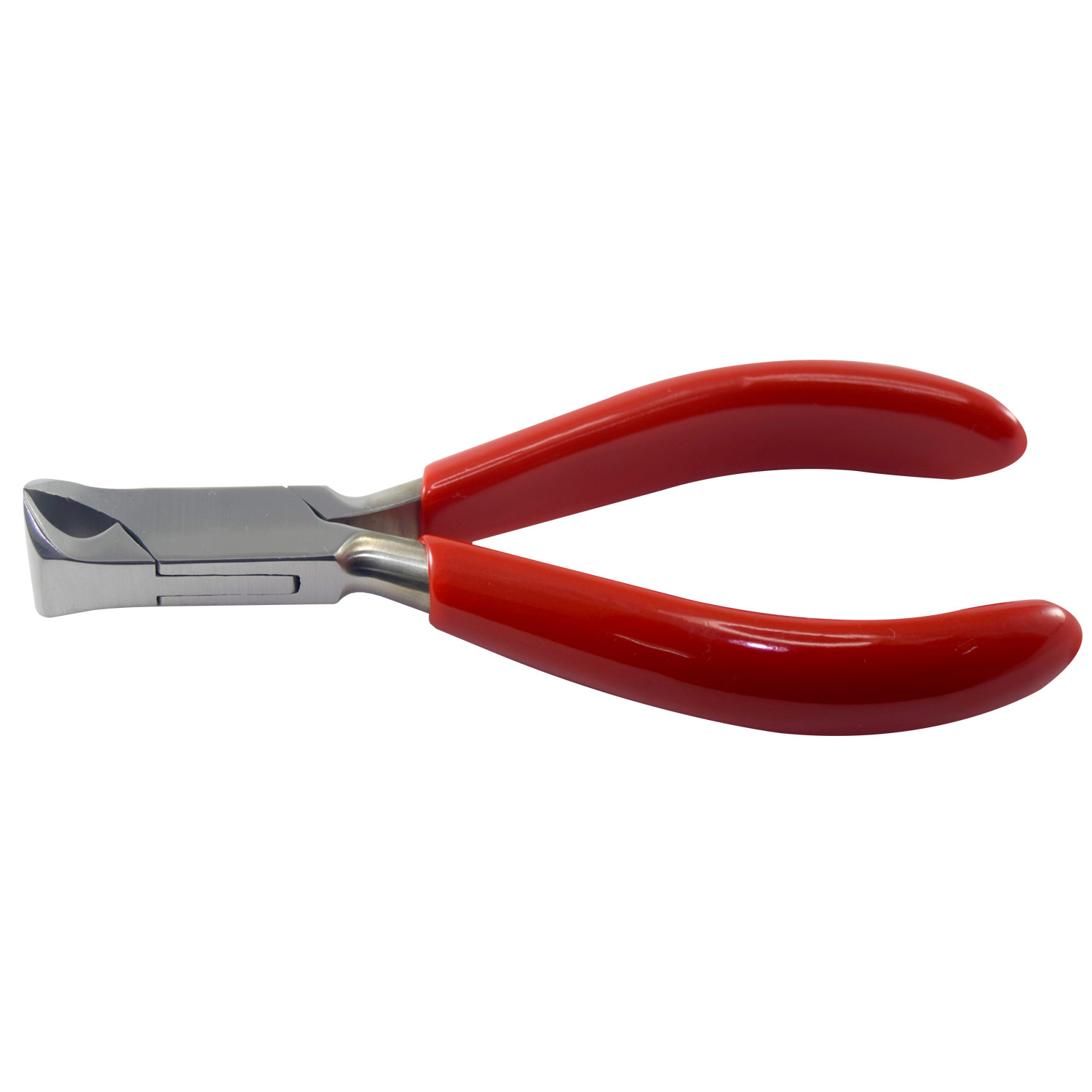 Heat the screw with a soldering iron. I think this is a standard way of removing loctite, we used to do it all the time to free small SS screws in brass and steel.

The loctite will be damaged at about 150 degrees C and this sort of temperature for a short time won't damage the PCB at all.

You'll need plenty of heat, maybe 80 W, if you are going to heat up all that metal. Set the iron fairly hot as the heat will not conduct well from the tip to the screw. A blob of solder also helps, even if it doesn't stick to the screw head.

I don't know about WD40 and PCBs, but looking at your photo, if you're careful, applying it with a toothpick or needle or something, it won't get on the PCB, and certainly not near any components. Don't use the spray wand directly on the can.

If the head is destroyed, you can cut a groove in it with a Dremel or other small grinder with a thin disk blade, then use a screwdriver. The Allen key head on a countersunk screw is much too small for its thread size, so they do strip like this. But cover up the PCB with some metal or wood, for when you slip - grinders and PCBs definitely don't mix.

The classic WD-40 is harmless to PCBs and other electronic circuits, in a controlled application with voltages of less than 100V. I use it on a regular basis for this kind of situation. I haven't had any issue with any type of PCB over the last 15 years. Even soaking a PCB overnight in WD-40 doesn't change it's hardness or electrical resistance. It also serves as a rust inhibitor afterwards.

If you're really wary of it, or you've applied too much, just clean up around it using a cotton tab or again afterwards using a pcb cleaner.

If none of the suggested pliers or wire cutters will grip the screw, and if heating does not free it sufficiently, I would:

1) Mask off the rest of the board to protect it from metal chips,

2) Hold the business end of a vacuum (shop vac) at the screw to further ensure that metal chips don't go where you don't want them, and

3) Drill out the screw with an appropriate sized drill.

In all cases you'll have to take care to not damage the rest of the board, but this is guaranteed to remove the screw.

WD-40 is notorious for corroding and softening plastic

I mean plastic such as board components, masks, grommets, etc. This damage does not appear in the short term, but in the 2 months to 1 year timeframe.

I've destroyed a number of pieces of electronic equipment that way.

If you want to soften Loctite, use heat. Hold a soldering iron tip to it (remember you are also heating that big metal piece).

WD-40 is not a penetrating oil anyway, more of a snake oil

What makes WD-40 is the insanely good marketing. Some ingenuous marketers turned an obscure aerospace chemical into a household name. I mean, you don't buy WD-40 because it wins every torque-off competition among competing penetrating oils. It certainly does not. You bought it because it's on TV and in every magazine you read growing up.

Such ad-based programming can be highly personal, so you may be finding this statement a bit irritating. But it's true. WD-40 was actually made to polish the stainless steel skins of ICBMs. Read up on its history, even the WD-40 company admits this.

Now what on earth would make a missile polish a good penetrating oil?

Least of all, fit for electronics.

For a genuine designed-for-purpose penetrating oil, look at Liquid Wrench (which my local gas station sells $2 cheaper than WD-40, power of marketing for ya) or the even better Kroil. Not that this makes them fit for electronics either, but at least they serve your purpose relating to loosening the bolt.

Try using wire cutters, such as this. 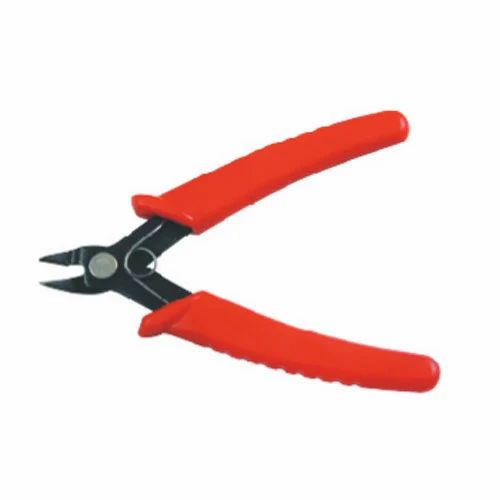 Grasp the screw this way. Give the cutters a squeeze so that the blades cut into the screw a bit. 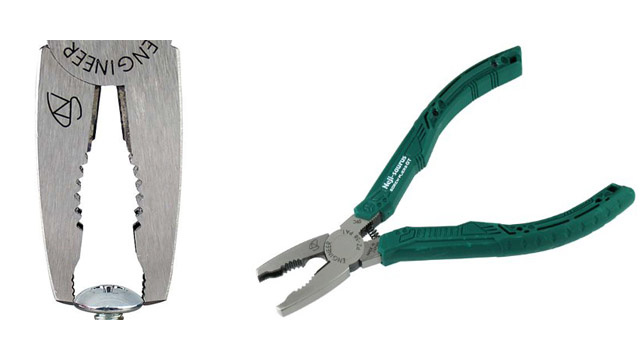 The procedure does damage the tips of the wirecutters, but it gets the screw loosened.

Wd40 in minute quantity by itself is not the threat to the PCB. It is though an excellent medium to attract particulate and act as a mild adhesive where it pools. ESPECIALLY when the particulae are metallic and conductive - i.e. filings from drilling, mechanical force chipoff,or minute dust that injests via fan airflow! The product is a fine oily mass that attracts, adheres and WILL cause electrical conductivity when these particles become saturated in the fine pooling/wicking around SMT mounts, pads and adjecent joints! Not to mention the capacitive/ resistive action on timing contained therein! Sure go ahead and use it... But rinse it away with numatic pressure cleaner, freeze mist, or 99% Alcohol. Not doing so is your own demise...

I have used WD-40 to remove adhesive from circuit boards on numerous occasions throughout the years, and I have never seen it damage the circuit board or any components.

Even though WD-40 is great at removing adhesive, I doubt it would dissolve red or blue Loctite, though it might help remove the screw if it were somehow be able to get between the threads and the Loctite.

I would apply some WD-40 and let it soak for a while, then apply heat as suggested(I would heat the insert rather than the screw, as you want the insert to expand, not the screw), then try the wire cutter method or a flat-blade screwdriver(having previously cut a notch using a Dremel or other rotary tool)...

2
Modular PCB Design
4
Why is it safe to touch the chassis of a tube amplifier and something earth grounded simoultaneously?
1
Reflow oven AC cable splicing insulation and thermocouple readings
9
Circuit works on breadboard but not PCB
6
Safety concerns over generic switching power supply units
0
Battery Disconnect Switch
87
Looking for circuit board material that can be dissolved
1
Keeping a cheap, DIY transformer safe
3
Best Practices for Using Brass Standoffs Electrically?