I am designing an 120V 60 Hz AC trailing edge dimmer based on the reference design above. The gate is driven starting at 0/180 degrees of each cycle and turns off at a programmable phase later in the half cycle. As shown in the first scope trace below from the line side of the dimmer, there is a voltage spike at the point where the dimmer interrupts the connection from line to load, in this case about 6.7 ms from the start of each half cycle. The second zoomed in trace shows that the spike is about 20 us wide. The spike height increases as the load on the dimmer increases, presumably due to the increased current that is being interrupted.

The dimmer is driving a purely resistive load, so I assume the transient is due to the inductance of the isolation transformer powering the circuit. Is this a reasonable assumption?

I am considering using a TVS to limit the spike so that it does not exceed the rating of the MOSFETs. Assuming that using a TVS is a reasonable method of clamping the spike, how do I calculate the power requirement for the TVS diode?

Are there other possibilities for clamping the spike besides TVS diodes? 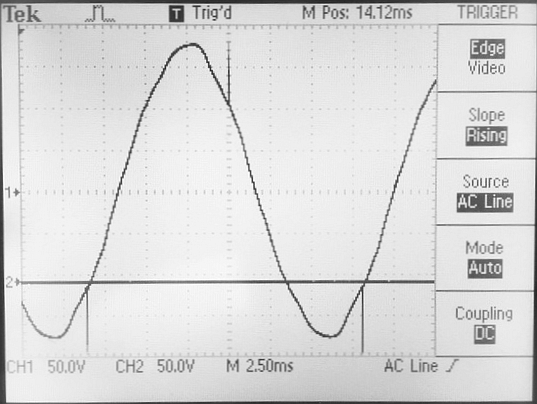 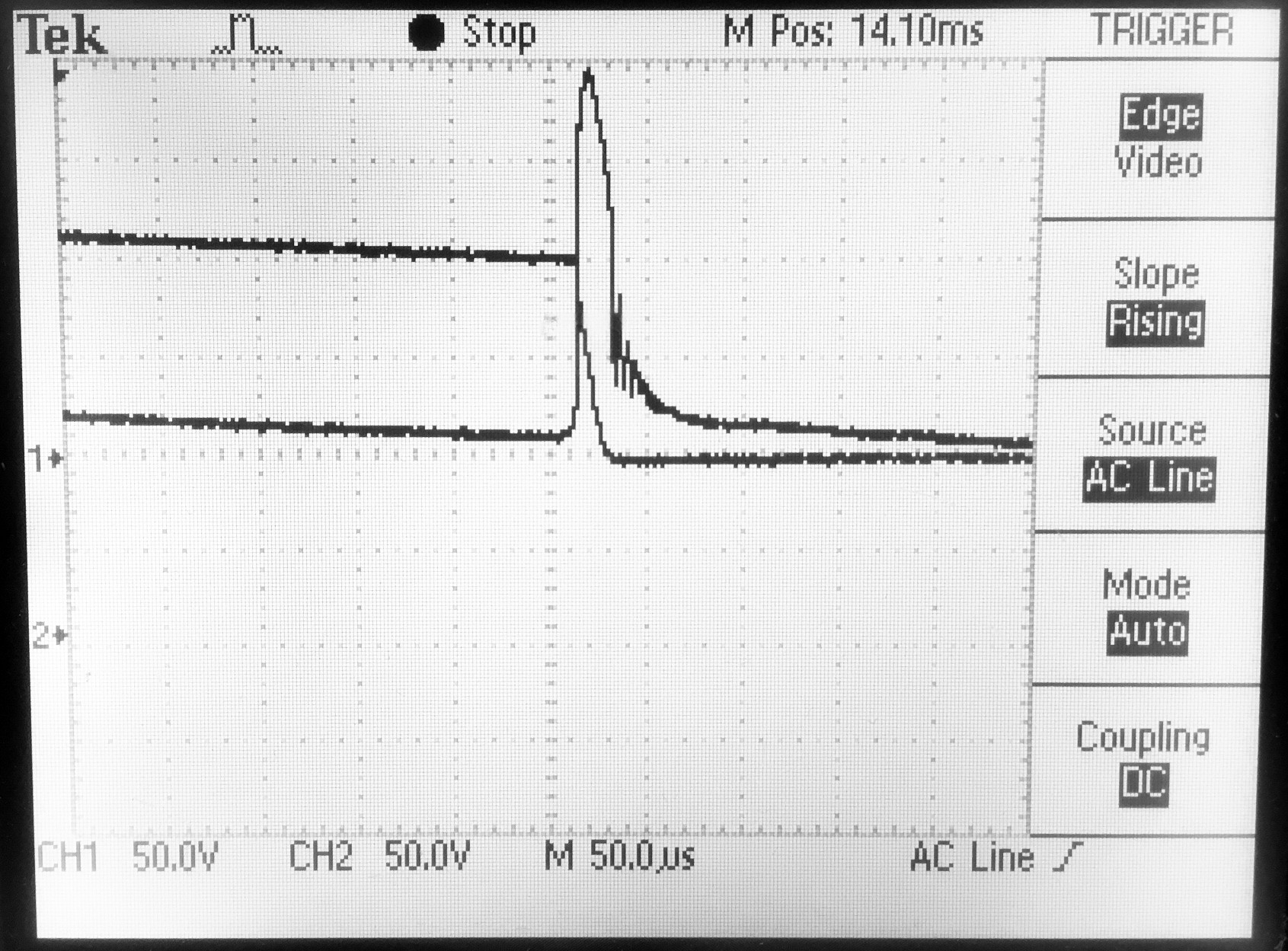 2
What are the extra components in this dimmer for?
2
Problems running a triac dimmer off a UPS
0
Dimmer Switch For A NeoPixel Ring
2
LED dimmer for high current applications
1
regular wall switch on off led dimmer
0
Modify 120v lamp dimmer for LED bulb
0
How to: Led Dimmer switch to on/off switch
1
Current flow in trailing edge dimmer