Are base resistors of any use for a high-side NPN switch?

I "inherited" a small project from a person I don't know, and I'm navigating my way through it. It's a small gadget featuring a 7-segment LED display. I hear the device's original designer is more of a hardware guy (the very messy, copy-pasta code hints in the same direction). Thus I'm inclined to think his schematic is something I can learn from, but there are a few things in there which I find puzzling — one of which is this: 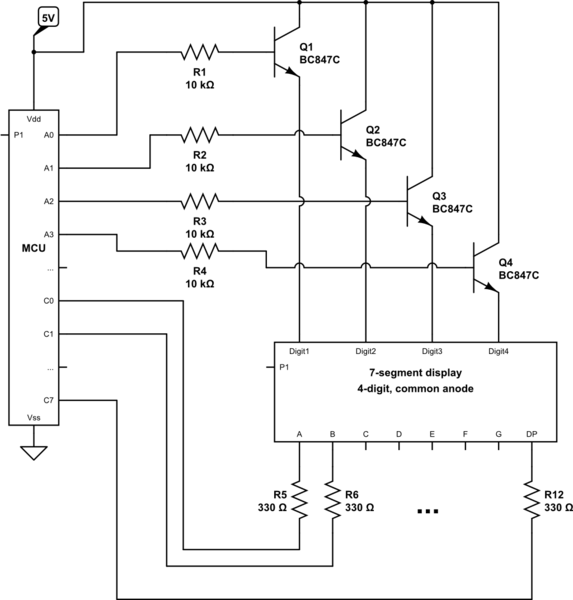 The 10k resistors seem to be redundant, you can replace them by wires and get a pure emitter follower. Can they serve any reasonable purpose in this situation?

They prevent the transistors from (potentially) oscillating in the VHF frequency band, but you can replace them with 100 ohm resistors and get just the same benefit and less voltage drop.

Chances are with a direct connection they won't oscillate anyway because the internal resistance of the MCU output is high enough.

Not the answer you're looking for? Browse other questions tagged circuit-design npn emitter-follower or ask your own question.