For my astrophotography equipment, I need to construct a dew heater and a flat field generator.

A dew heater is simply a bunch of resistors connected in parallel such that each resistor outputs about 0.3W of power, and spaced roughly 1cm apart. Typical dew heaters run off 240V-12V AC-DC adapters and have controls to vary heating.

A flat field generator is a box with LEDs or LED strips mounted on one end, and a diffuser (white perspex) on the opposite end to create an even field of illumination. Typical flat field generators also run off 12V and have control to vary the brightness of the panel.

The design I came up with is this: 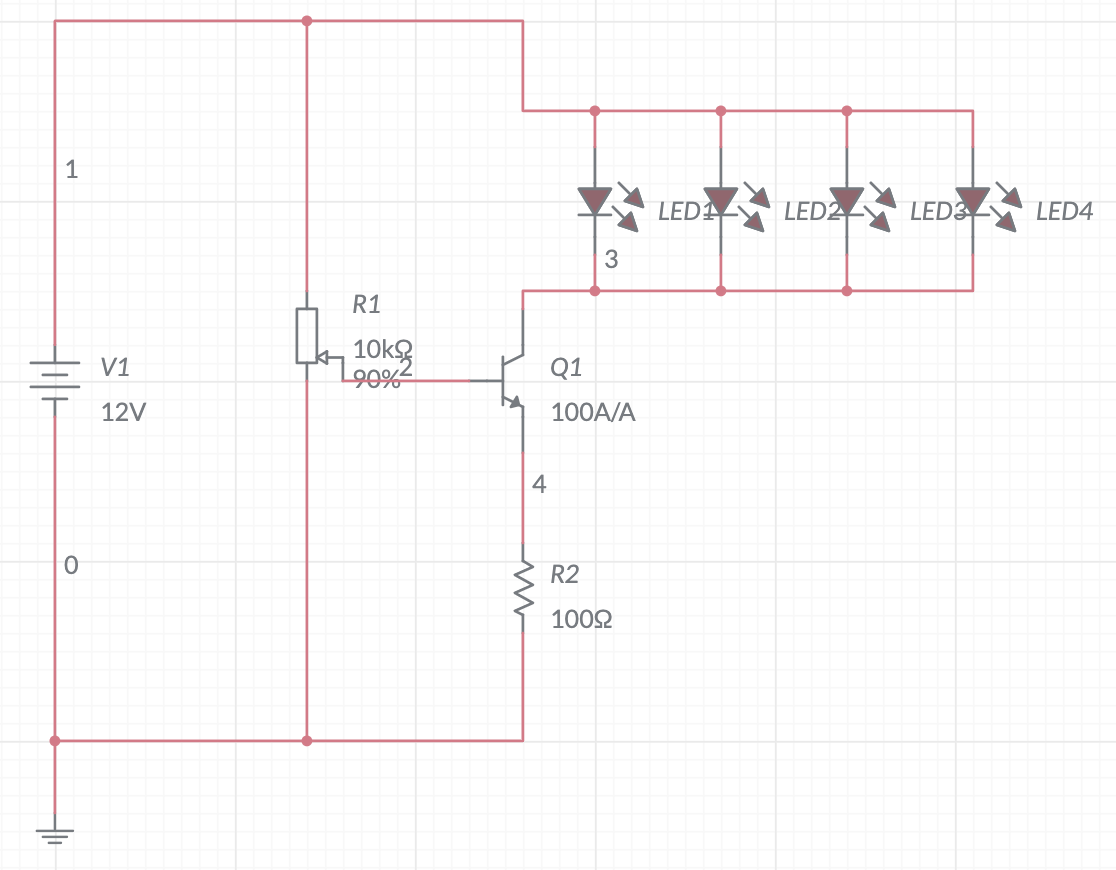 Here, the transistor is biased through a potentiometer. The same design would be used for the dew heater by replacing the LEDs with resistors. However, I have a couple of issues with this:

I know the design is a basic one that you'll find anywhere on the internet. If any of you has a better/more precise solution, I would love to hear about it.

Here, the transistor is biased through a potentiometer.

There are a couple of problems here.

I would like to have a linear (or almost linear) relationship between potentiometer value and brightness/heating (current through collector). In simulations, I can tell that for this circuit, the relationship is not linear. Is there a simple way to rectify this? 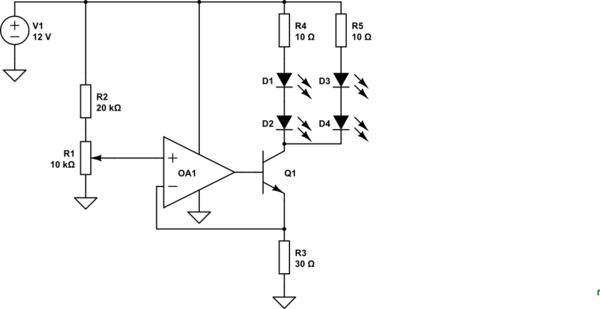 For the dew heater, I require it to produce about 5W of power max.

Your requirements aren't clear here. If you use a dimmer then you'll have heat dissipated in the dimmer and that may affect what you're trying to do. The simplest would be to have switches for the heater resistors.

How can I calculate the values of every resistance in the diagram to ensure this?

You should be able to figure it out from my explanation above.

Also, since the resistors are in parallel, the sum of all currents will go through the transistor too.

Is there a generic part number for a transistor that would be better suited for this task instead of having a fried transistor?

Look at the specifications for Darlington transistors. Work out at what value of current and voltage across the transistor that the power dissipation will be maximum and then figure out your heatsink requirements.

Also, how much should the power supply be rated for this? I have an option to use either a 5V or a 12V power supply.

Decide on a voltage requirement based on the worst case of the LEDs or resistors. Figure out what current is required by both loads. That's it!

For the flat field generator, the problems are even worse. Linearity issues aside, my panel will use LED strips like THIS one. I can't find a datasheet ...

"No datasheet? No sale!" or be prepared to spend a lot of time characterising them.

... for this LED strip but it has 18 SMDs per strip and runs on 4V. I think all 18 LEDs would be wired in parallel since white LEDs have a forward voltage of about 3.3V.

Correct, so it's not a good design.

You don't know that. There are no specifications.

My panel will house up to 25 of these strips. If I connect them in parallel, they will draw 9A of power!

Amperes are a measure of current, not power.

Is there a better way of doing this? If not, are there any generic transistor part numbers that will handle this amount of current, or will I have to break the circuit up into multiple drivers, each driving a few strips? Also, I doubt I will find a 12V power adapter rated 9A.

Your maths may be OK but you still have no specifications. 9 A won't be a wall-wart. It will be a proper power-supply.

I would like to have a linear (or almost linear) relationship between potentiometer value and brightness/heating (current through collector). In simulations, I can tell that for this circuit, the relationship is not linear. Is there a simple way to rectify this? 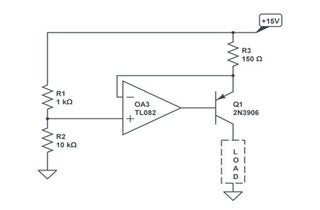 For the dew heater, I require it to produce about 5W of power max.

I doubt I will find a 12V power adapter rated 9A.

The 9A rated LED drivers aren't uncommon. My personal choose is to go for a dedicated LED driver in this case. Will drive softener sets of LED strips together with three or four LED drivers. Others might have better solutions too.

Not the answer you're looking for? Browse other questions tagged transistors led-strip mosfet-driver led-driver heater or ask your own question.