I googled it before posting this comment. But i doesnt get the exact and correct. Below images show different degrees, which is the correct one. 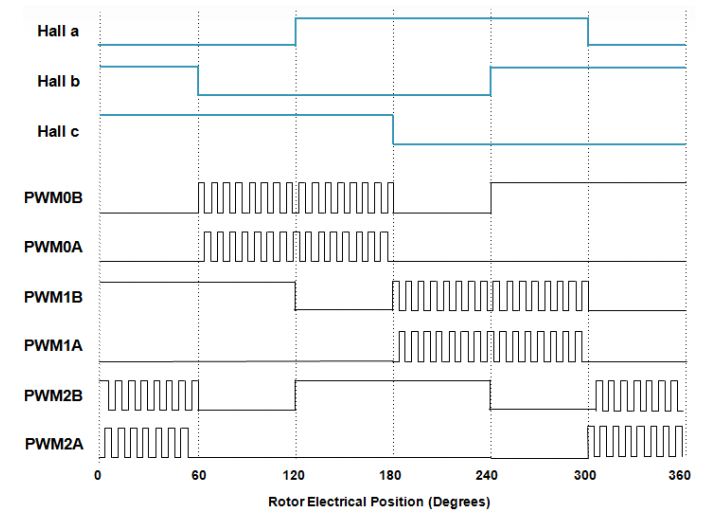 The Hall transitions should be exactly 60 degrees apart. It's not uncommon to add in a few degrees advance on motors that will run only in one direction, but if this is a bidirectional motor, they are generally zero advance.

There are three things that can practically alter the switching points -

The table you have included shows every transition spaced at 64 degrees apart from one which comes up short by that accumulated error. I'm not sure how you'd get that in reality, other than intentionally positioning magnets to produce that.

Not the answer you're looking for? Browse other questions tagged pwm brushless-dc-motor motor-controller hall-effect or ask your own question.