Is the connector marked CR4s detachable or soldered?

First, pardon for the absolute noob level of this question.

I want to replace a faulty tactile key on board, shown on the image below. To get it away from the machine I need to detach a connector with 4 wires marked as CR4s. Is this something that can be pulled off or does it need to be soldered? I do not want to apply force and break it.

Next I need to find a replacement for this 6x6 mm micro switch/button but that is a separate question. 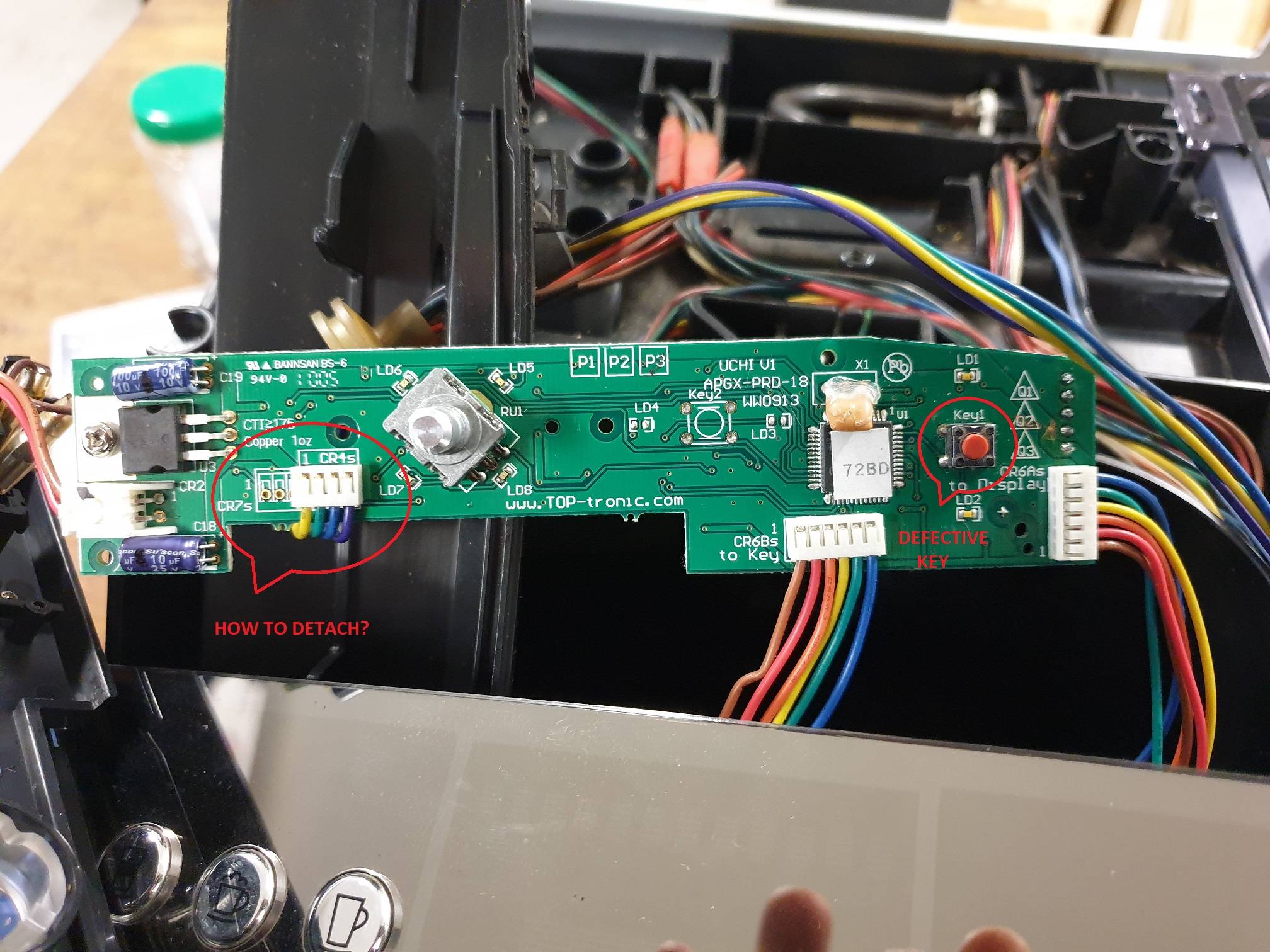 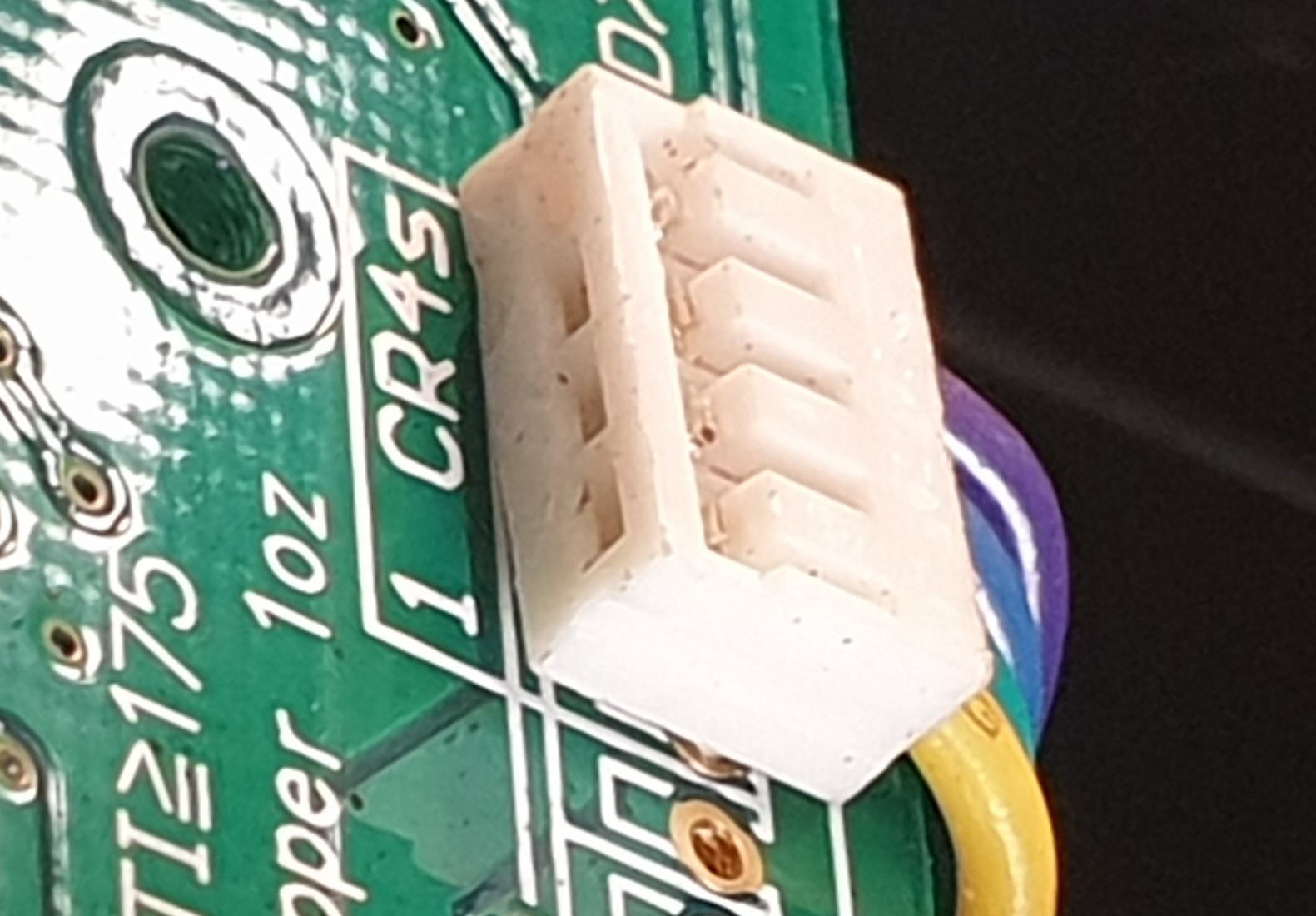 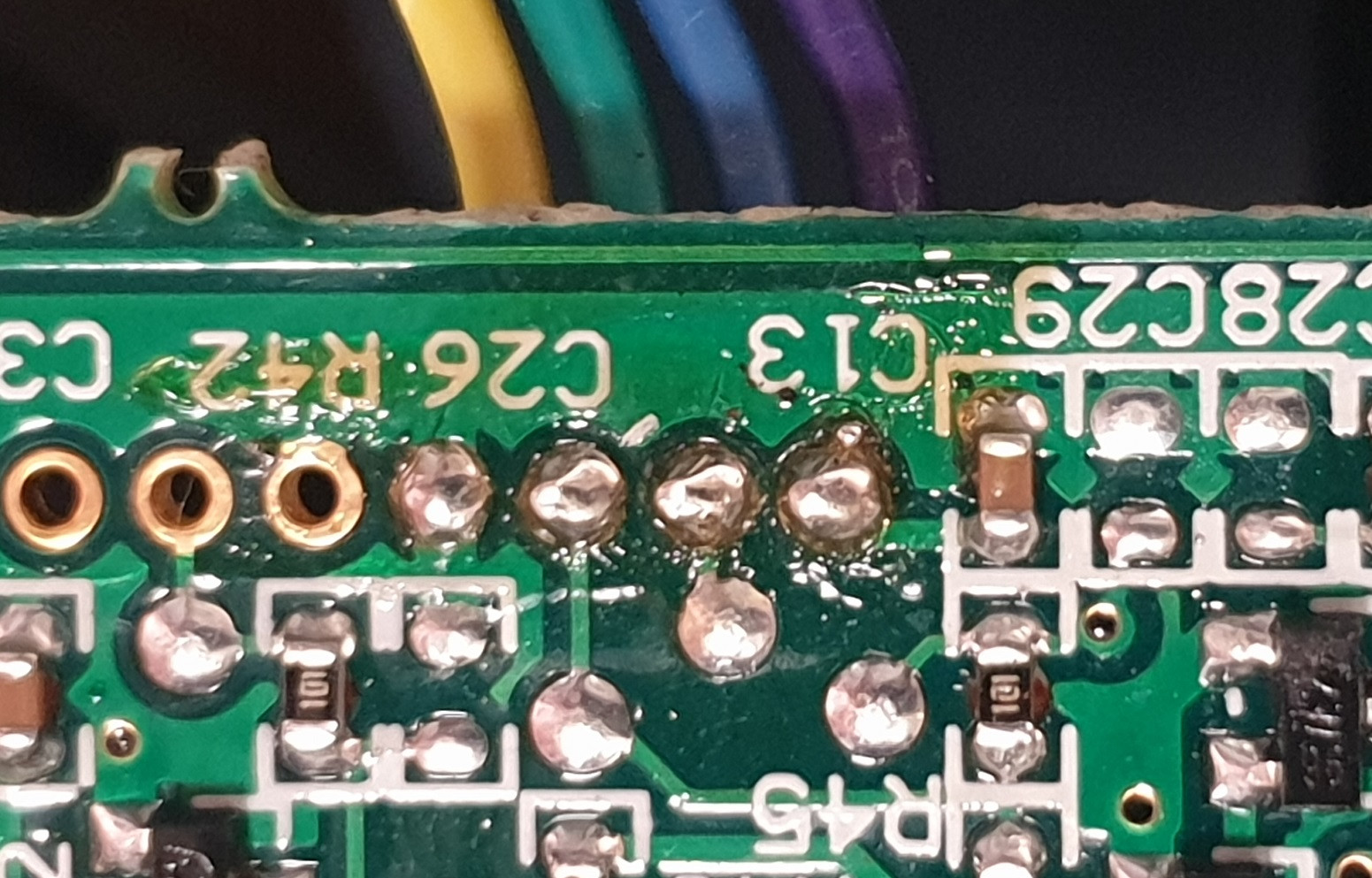 Edit: after slightly brutal desoldering (did not have pump at hand) it indeed looks like the connections were crimped 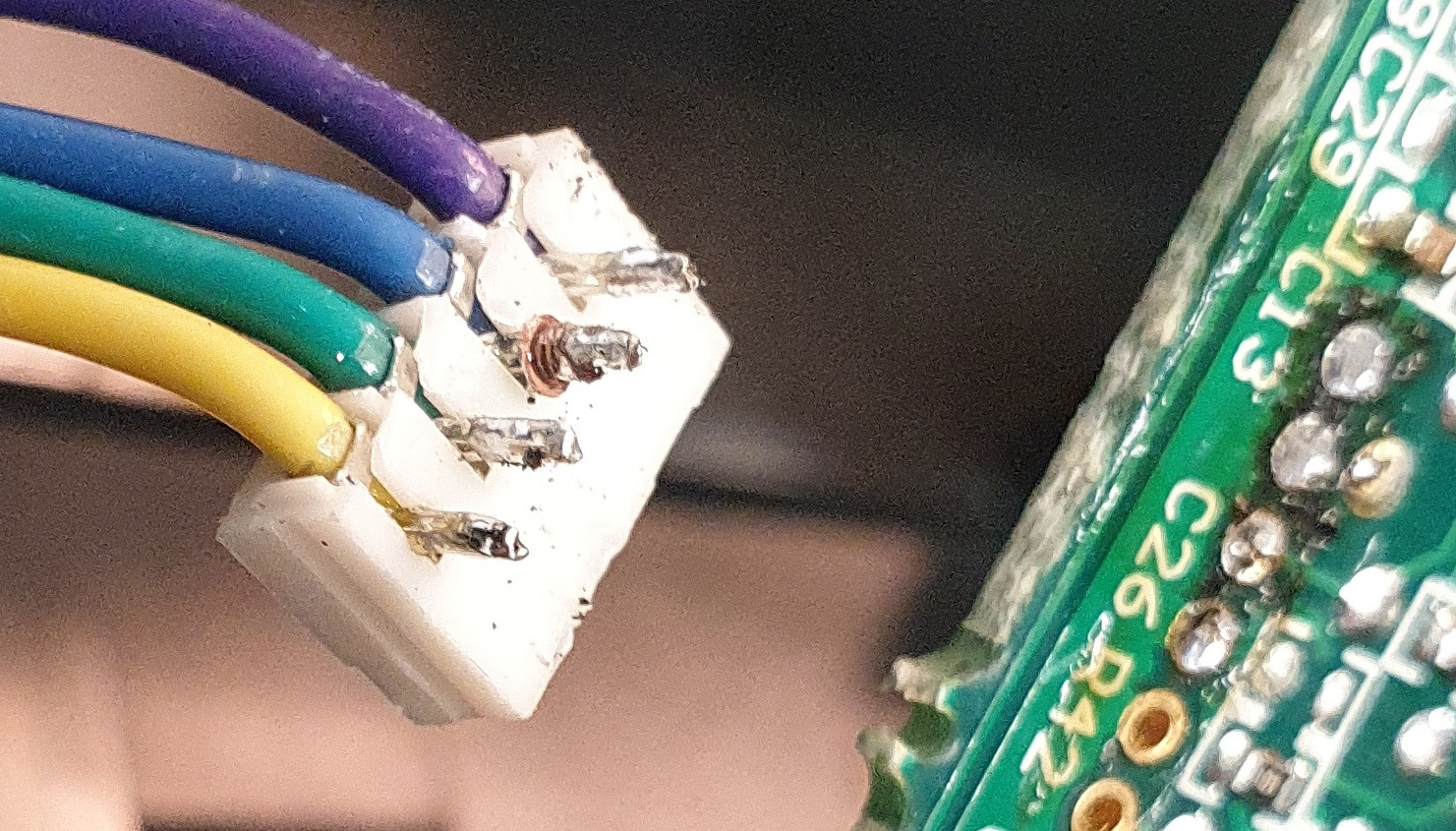 These connectors are very likely soldered in. You will have to desolder them, to remove them from the PCB. Judging from the drill sizes, it might be good to use a desoldering pump, but solder wick should work as well.

Side note (apparently making up most of my answer) You may ask, what is the purpose of such a connector? It may seem, that it adds cost compared to soldering the wires directly into the PCB. But it serves several purposes and in the end it might even save costs.

First of all, it separates the handling of the wires from soldering. Putting a stranded wire into a drill on a PCB is rather complicated for several reasons. It tends to splice, or if tinned, dimensions may vary. Instead, the terminals can be put into the board easily. The crimping the connector pins on the wires again is, once setup correctly, not an error prone procedure. It can be automated to a high degree unlike manual soldering. Also rework of crimping is comparably easy in comparison to soldering which can ruin the whole board if done without care.

Other benefits of soldered in connectors are: Alignment of wires leaving the board can be done by selecting the connector and its position without taking care of minimum bending radii and hassle using cable ties to keep the wires in line. Furthermore different wire types can be brought in line by using appropriate crimping contacts for each without changing the drill size at PCB-level.

Finally by connecting all contacts via the housing, mechanical stress on single wires is somehow distributed to all solder joints increasing reliability. The injection molded housing laying on a bigger surface on the PCB reduces momentum on solder joints allowing only lateral and vertical forces.

If it's cheaper depends on MOQ. But the other benefits should not be neglected.