How to interrupt high voltage spikes

I am trying to design an RPM limiter for my CDI operated 2 stroke engine (Tomos A35). Some people reported that just connecting a capacitor to the primary coil also limits the RPM, but will eventually break your ignition coil. That is why I came up with the following solution: 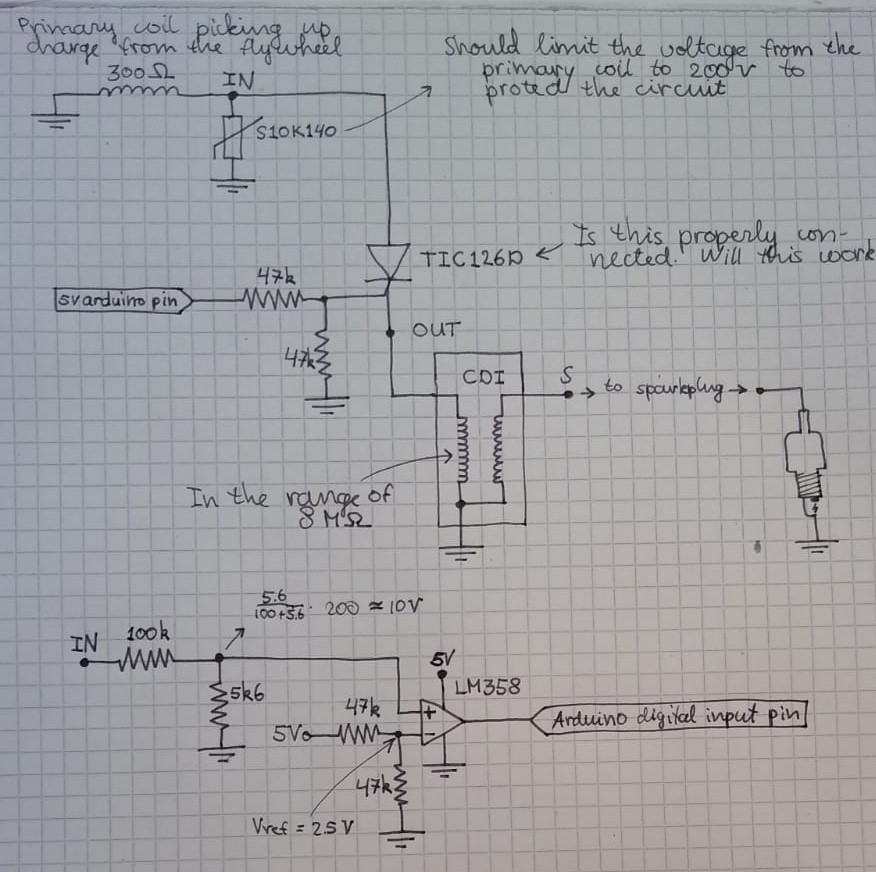 Here is the same circuit drawn in EAGLE:

The flywheel has magnets and rotates, thereby inducing a charge in the ignition coil. This creates periodic voltage spikes which are sent to the CDI (which has been drawn a bit simplified here). In the original situation, the points IN and OUT are one. In the new situation I want to use a thyristor to either block this voltage spike or pass it. To do so, I need to count the amount of voltage spikes per time unit.

On the bottom I use an opamp (that can take up to 32V on its inputs) as a comparator to protect the arduino. The range of IN at which the opamp triggers without blowing up is now 47 to 603 volts, which should be fine I think. With this circuit, I should be able to count the amount of voltage spikes per second.

The trigger voltage of the TIC126D is max 1.5V I read from the datasheet, so it can be operated from the arduino without further ado.

I am, however, a bit fuzzy on how to select all of these resistor values. So I am asking you for help on that. The values that are there now are based on examples I found on the internet. Also, general tips about the design are very welcome.

EDIT 11/02/2020, 13:45 As DKNguyen pointed out, I am indeed using the thyristor as if it were an NMOS transistor. I could use the thyristor to interrupt the ground wire coming out of the CDI, but this would turn the two coils in there into two inductors (the coils have a common ground that is inside the CDI, there's just nothing I can do about this). Also, I added a PNP transistor to protect the Arduino from drawing too much current. 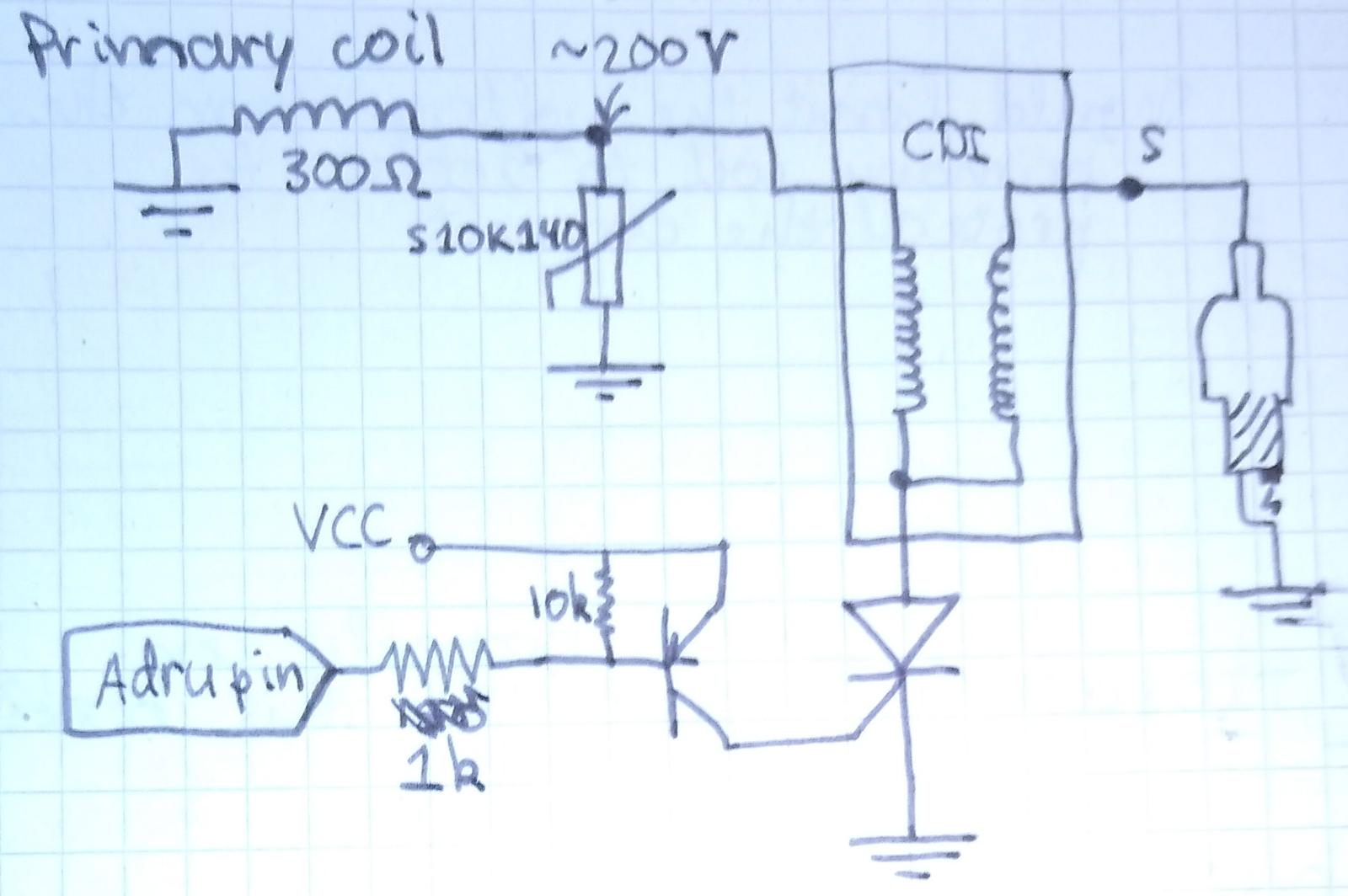 The gate trigger voltage is 1.5V but there is also a gate trigger current which is 20mA. 5V through 47K is nowhere near 20mA.

Vgs/Vbe is reduced because you are applying a base/gate voltage relative to GND which does not change while the emitter/source voltage rises due to current flowing through the load. But the transistor only cares about the difference between the two terminals.

It might not matter in this case since the thyristor stays on once turned on, but I think this could be a problem if the coil voltage rises fast enough such that the cathode voltage rises high enough to reduce the gate-cathode voltage difference below the switching threshold before the holding current has been exceeded (which is required to latch the thyristor in an conducting state, after which it won't matter what voltage difference between the gate and cathode are anymore).

I'm rather paranoid and your circuit has two areas I don't like:

Both are exposed rather unprotected to high voltages if something goes awry.

You could also put a TVS diode or rail clamp diodes to protect your op-amp...just in case. Unlike the divider which steps down the voltage a certain amount, the clamps will kick in if the voltage somehow gets high enough that it is still damaging even after being stepped down.

For a positive rail-clamp diode you would take a diode designed to work in forward conduction (i.e. not a zener or TVS) and place it so it points from the pin to be protected to the +5V rail. This will not let the voltage there exceed \$5V+V_d\$.