How does CCM can improve the peak power of normal DCM flyback power supply?

I noticed that some of flyback converter can operate in both DCM & CCM. During this peak power excursion, the converter will change from DCM to CCM using special PWM controller. Example High Efficiency, <30mW Standby QR Adapter with Peak Power Excursion Capability

Any calculation example should help

Quasi-square-wave quasi-resonant converters also called QR converters are popular structures in ac-dc chargers for notebooks and portable electronics. They are popular because: 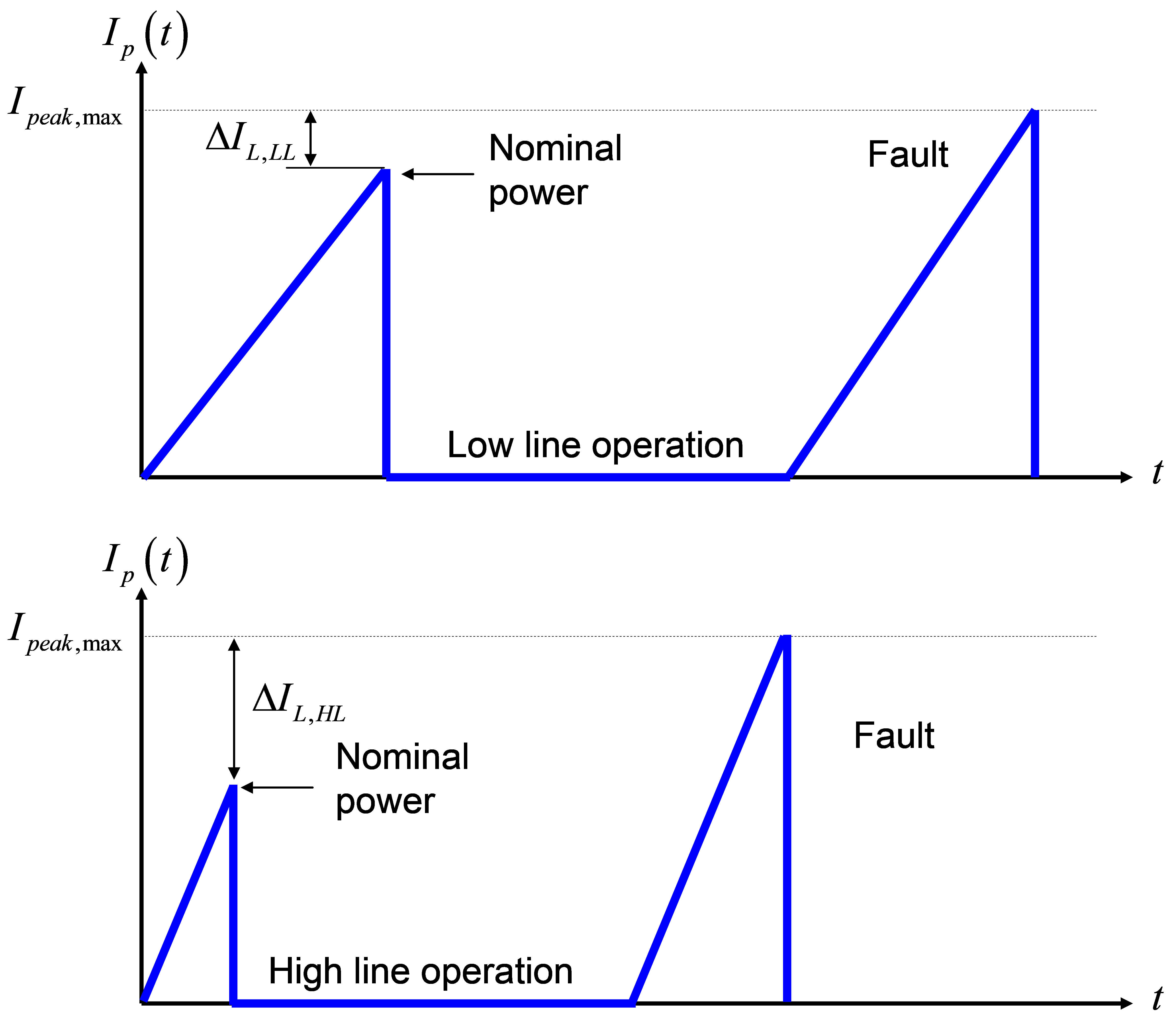 The first article of this 3-part series is here.

3.large circulating rms currents compared to CCM. The fact that you transmit power in DCM implies large secondary-side current requiring the selection of good-quality capacitors. Same in the primary side with more losses in the copper, the MOSFET but also in the core considering the large flux swing compared to the smaller minor loop in CCM.

So, as you can see, many arguments to adopt or reject a QR converter. Now, back to your questions regarding possible saturation in CCM. No, you can't saturate in the case you mention because the transformer is designed to accept the maximum peak current the controller limits the primary current to. Whether the converter operates in CCM or DCM does not change, the maximum peak won't be exceeded as it is under control cycle-by-cycle. Of course if volt-second balance is violated for extreme duty ratio conditions, saturation risks exist but that is a different story.

Now, how can you pass more power in CCM than in DCM? Actually, for a given design at a fixed switching frequency with a given transformer, you will pass more power in DCM than in CCM. The general power formula for a flyback converter is: \$P_{out}=0.5\times L_p\times (I_p^2-I_v^2)\times F_{sw}\$. For a given maximum peak current set by the controller, you see that if the converter enters DCM at a high voltage input, the term \$I_v\$, the valley current, no longer subtracts from the peak value and you transmit more power. This is the over-power phenomenon I described in my series of articles.

For the QR controller you mentioned, it is possible to increase the delivered power by turning the variable-frequency QR controller into a frequency-controlled converter and increase the switching frequency without exceeding the maximum peak current set by the controller: when the switching frequency is too low or when the feedback voltage exceeds a threshold, you decide to quit QR operation and no longer wait for the core total demagnetization to impose new cycles of smaller periods. In the above formula, if the frequency increases, then the converter operates in CCM with a low valley current and you can safely increase the delivered power. But you suffer higher switching losses and lose valley-switching operation. If this is temporary as for an in-rush demand, not a big deal and quite convenient as you do not need to thermally-size the entire converter for a 2x power since it does not last.

From my understanding, if we go above the primary peak power, the transformer will saturate. How this CCM mode overcome that?

So, if you define \$I_{MAX}\$ as the maximum allowable current to avoid excessive core saturation then, the maximum energy you can extract from that primary is when the secondary current has fallen from maximum to zero amps i.e. all the magnetic energy is removed from the core. Below are a couple of example waveforms of primary and secondary current: -

The lighter load (red and green solid lines) is dispensed less energy per switching cycle and naturally, there is a "hold" in the latter part of that switching cycle. The full load scenario is represented by the dotted lines i.e. the "hold" period is zero and the peak current rises to \$I_{MAX}\$.

So, you can’t rise higher than the saturation point (\$I_{MAX}\$) and, you can’t deliver maximum energy in a single switching cycle unless secondary current (and flux) falls to zero. This is the boundary between CCM and DCM.

Based on that, does this means that this peak power can be achieve without changing the size of the transformer?

If the operating frequency and core are fixed then, this is the maximum power that can be achieved. However, if the switching frequency were (say) doubled, the flyback converter could run at higher power using CCM; the peak curent would still be \$I_{MAX}\$ and it would fall to \$I_{MAX}/2\$ before the next switching cycle began.

But, if you can "run" at twice the switching frequency, then why not design the flyback transformer to run in DCM with lower primary inductance?

So, if you halved the primary turns you get: -

The impact of these is that the energy stored in the first part of the switching cycle is now: -

And, this is exactly the same energy as was stored in the original DCM design when running at the original frequency but now, because the switching frequency has doubled, that energy is converted twice as often and, twice the power is dispensed into the secondary load.

If you refer back to what I wrote earlier for a CCM design operating at twice the switching frequency, the power improvement is only 1.5.

Not the answer you're looking for? Browse other questions tagged power switch-mode-power-supply or ask your own question.