I have a problem in the UART communication between NRF52832 and SIM868 module.

The problem is the data sent by NRF doesn't be interpreted by SIM868.

To see that i did tow tests:

First one, I added an Usb to Serial module (TTL) between NRF52832 and SIM868 as shown below in picture 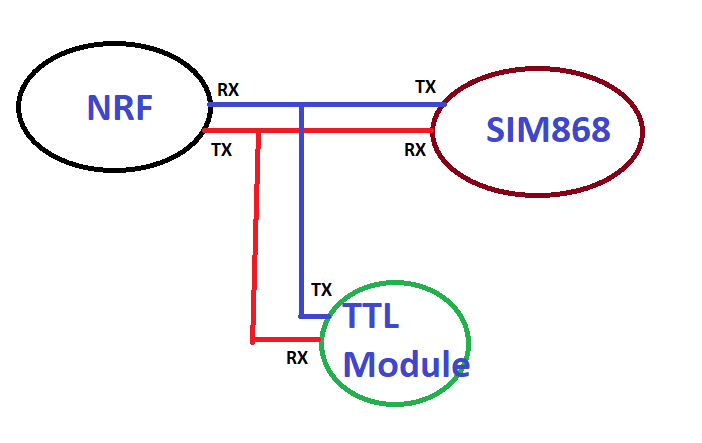 When I send "ATD+phoneNumber" from NRF i got it in the TTL module but the SIM868 doesn't execute the command.

Then i did another test as shown below: 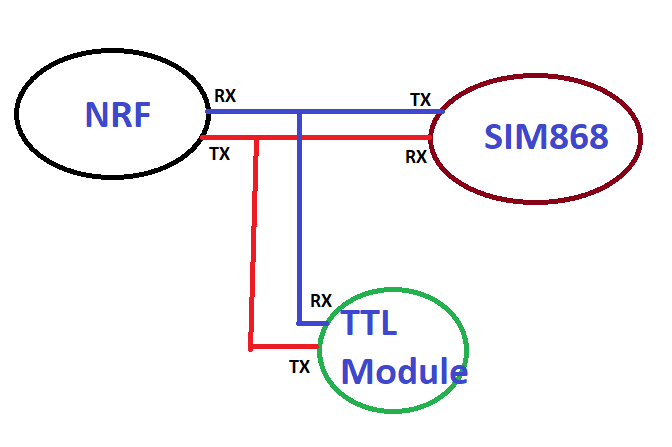 Now i send the same Command form TTL Module directly to SIM868 "ATD+PhoneNumber" and it was executed, and received the response in the NRF and TTL module

I think the problem can be Logic level difference between NRF and SIM868.

could anyone help in this problem?

You can't connect the TX lines from two modules together. If you want to use your "TTL module" to monitor the communication then you can only connect the RX line. So, you can only monitor one direction of data transmission at a time.

Of course, you must also have compatible voltage levels for the serial interfaces in all three devices. You haven't provided enough information to answer that, so I'll just have to trust that you have verified this.

Not the answer you're looking for? Browse other questions tagged uart serial nrf52832 or ask your own question.