after reading those links :

i wanted to know if my design is right ? if it has any problems ?

without taking in consideration rise of temperature where it is positive coefficient , so if current increase temp increase leading to increasing Ron so current decreases leading to stability this also helps with parallel fet .

i want simple calculation of capacitance of capacitor where it will affect in rush current . 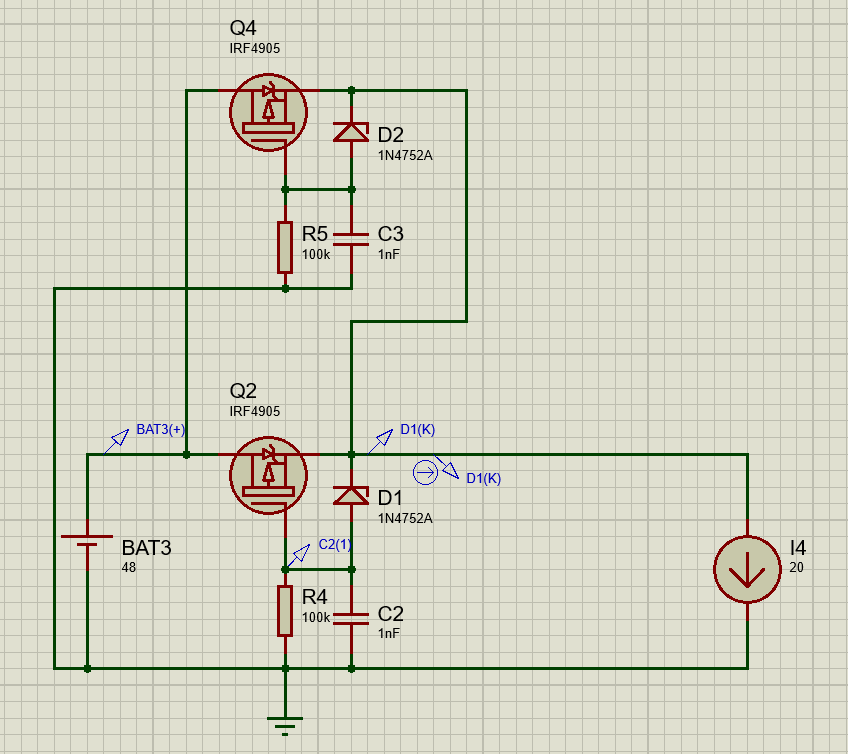 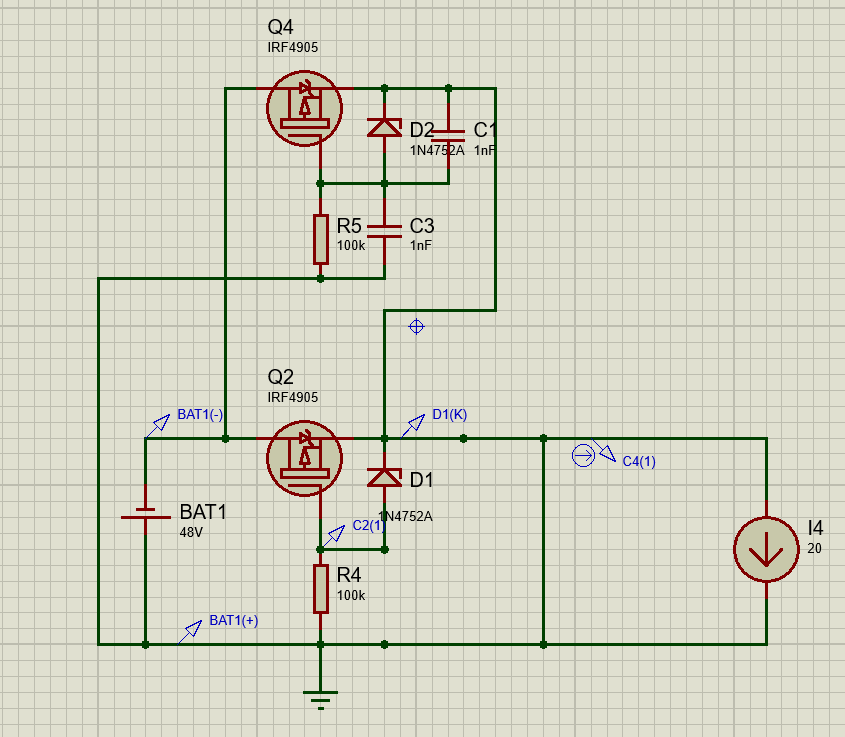 so i added capacitor parallel to zener for inrush current

i can conclude from these that caps decreases the change of voltage , am i wrong?

to study in rush current : i have to make current probe right and cancel the current source in schematic ? because i tried this but change of current not appeared , should i make dc sweep voltage ?

is this method the way for studying in rush current ? :

i have read here

just wanna make sure that buck converters will do the work ?

Modified to better suit what the OP probably requires

Firstly and importantly, the capacitor on each MOSFET needs to be in parallel with the zener in order to achieve inrush current limiting but, the confusion here surrounds both MOSFETs being in parallel. They are actually positioned to be reverse polarity protection devices and cannot be used as inrush limiters (contrary to what I originally understood and wrote so, sorry about this). 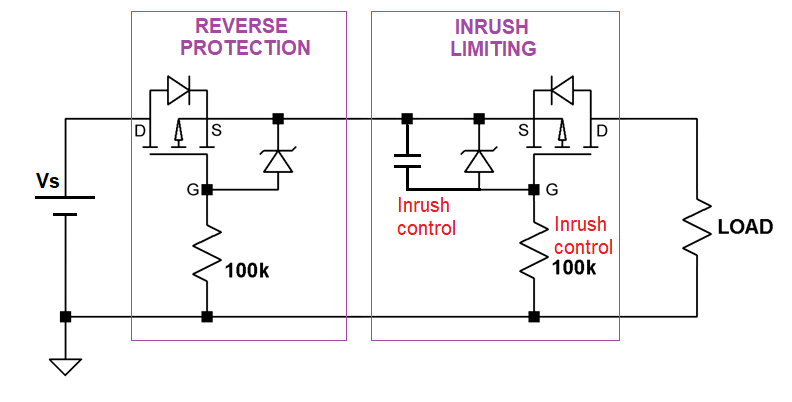 So, assuming you do this, the rest of my answer is relevant....

You need to think about the CR time of the capacitor and resistor to ground. Quite literally C x R is the time constant and for this type of circuit, the MOSFET might be regarded as being fully conducting at about 50 % of CR. This assumes that the MOSFET fully conducts at about 12 volts between gate and source.

Given that your supply is 48 volts, at the end of the first CR time period you’ll get about 24 volts across the capacitor, it isn’t too far wrong to estimate that at 50% of CR, the voltage will be 12 volts.

However, a lot of MOSFETs might be pretty well conducting at 3 volts so, there’s a fair degree of slop in this gearbox. That’s why I recommend simulating and messing around with values etc..

As for paralleling MOSFETs, it’s not clear cut by any means when operating them linearly through the dangerous zone so play safe and choose MOSFETs that are intended for linear operation. The main clue is page 1 of the data sheet. If it says typical applications are switching circuits or converters then make absolutely sure you give enough headroom. Alternatively go to a company called IXYS and pick the appropriate range designed for linear applications.

Not the answer you're looking for? Browse other questions tagged capacitor mosfet power-electronics reverse-polarity inrush-current or ask your own question.