Connecting a light to a battery

my son and I are working through this book called The Thomas Edison Book of Easy and Incredible Experiments.

We are stuck on the first experiment where you make a switch to connect a battery to a light bulb.

We are using coaxial cable (removing the sheath and using the outer wires) since that’s what we have available as scrap.

We are trying C and D cell 1.5V batteries.

We cannot get any combination of lights and batteries to light up, even bypassing the switch and just connecting wires to batteries and lights.

Any tips would be greatly appreciated.

A LED will light up at its forward voltage, which is 2.1-3V depending on its color. Also keep in mind that LEDs are sensitive to polarity: simply swapping the two pins of the LED in your circuit may work.

However, please consider some generic comments:

Said that, it is a lot easier to try with a small light bulb, from a torch. Even a small spare bulb from your car could work: those are rated for 12V, but produce light at 4.5V too (use 3x C or D cells). Pick the (physically) smallest bulb from the replacement kit (the big headlight bulbs as well as the indicator bulbs need more power than a small battery can provide conveniently - although the D batteries will produce light.)

If you are still for the LED, please:

LED must work. If you do not have a resistor you can still give it a try, however be prepared the risk that LED might fry sooner or later. (It will not blow up or anything, just it won't work any more.). Red and yellow LEDs are working well at 2.1V, green works around 3V, most white works around 4V (although officially you shall supply about 20mA current trough the LED to drive it properly - and the resistor is an easy way to do that). 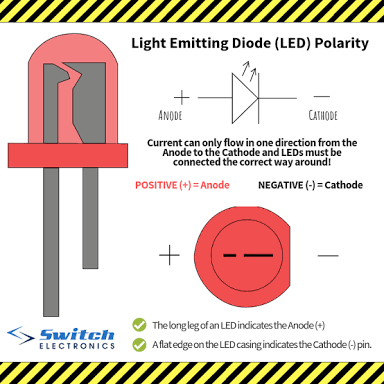 Here is the required minimum voltage to turn on the LED. Remember to put resistor in series. 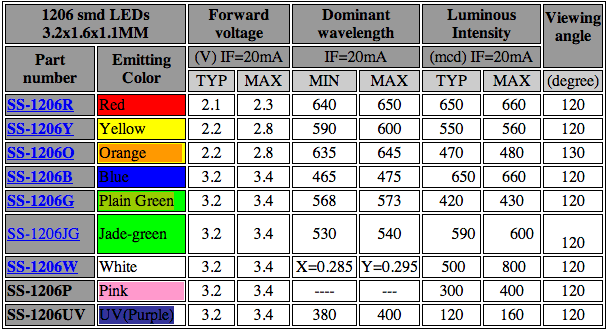 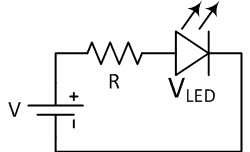 even bypassing the switch and just connecting wires to batteries and lights.

This will fry the LED(most of the time) with a magic smoke sometimes. LED will also get hot. Please never do it. LEDs and resistor should be together.

Not the answer you're looking for? Browse other questions tagged batteries switches light or ask your own question.

13
Will repeatedly turning a light bulb on and off damage it?
1
Building a Lightsaber with pretty much on electrical experience
0
multi-meter current reading dropoff
1
Using PNP as OFF switch
1
Newbie question: Light weight, temporary power?
0
Smart Light Switch power supply solution for 2-wire (without neutral) scenarios
2
LED light fixture glows when not turned on
0
Issues encountered when adding DC adapter to light powered by battery
0
Problem with new bicycle front led light and old bulb back light
1
How to constantly power an LED circuit normally controlled with a momentary switch?