Is this an SPI protocol?

I'm trying to control a 2.4GHz remote for LED panels. Inside there is a keyboard decoder chip and an RF chip, the markings don't return any immediate results. I've decoded the data with a logic analyzer but I'm having a hard time replicating the results with an Arduino, i.e. talking directly to the RF chip.

I'm not sure if the chip is a slave or a master, since it seems to generate its own clock (SCK).

I can detect 5 pins that are actively used:

When driving the D0 line with an Arduino, using around the same timing as the keyboard chip, I can see the LED on the remote flashing in rhythm and all the other lines wake up with a digital signal on them.

The chips are really small and close together, I cannot really isolate them (such as adding resistors for determining direction.

Is this some kind of an SPI protocol? Does this look like something commercial or for which there's an Arduino (slave?) library? Are any of my assumptions wrong? 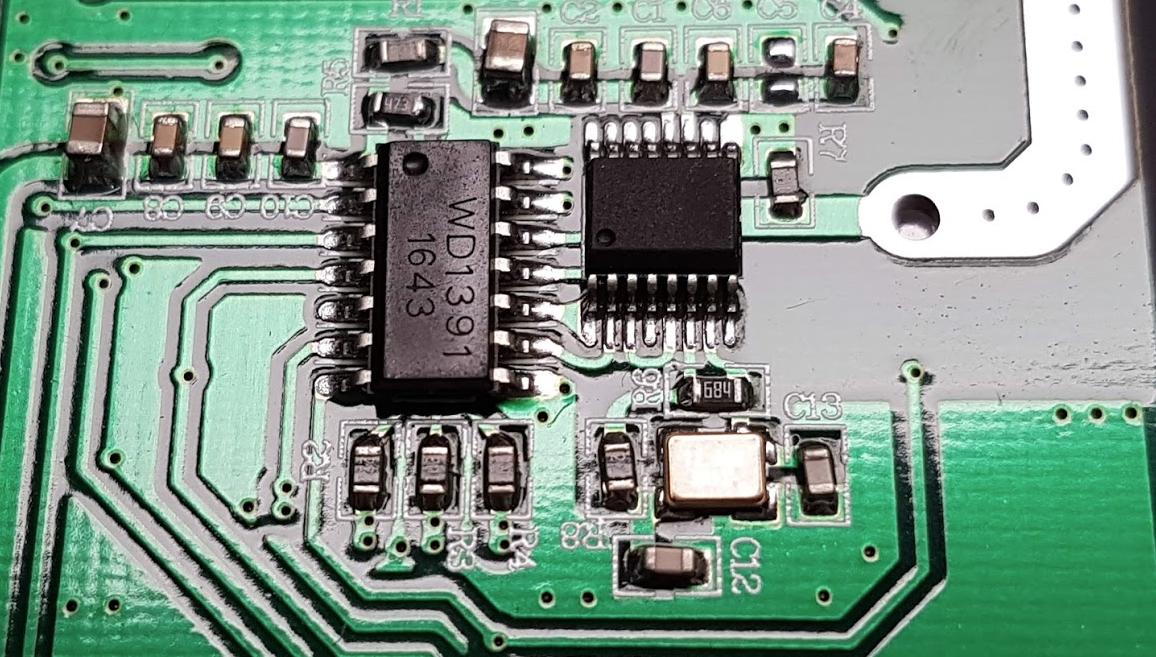 I think I may have found the answer, after some more digging. The RF chip seems to be PL1167.

Going through the register datasheet, I can see that register 0x23 is power management (first message that gets sent in my remote), 0x34 is FIFO pointer, 0x32 is FIFO data, 0x07 is TX enable, which coincides very well with what I'm seeing on the traces.

The inspiration came while looking at the MiLight reverse-engineering effort: https://hackaday.io/project/5888/logs and this led me to the Group discussing this chip https://groups.google.com/forum/#!msg/openhab/ayFUwuABpcE/ThiUv94bq9QJ 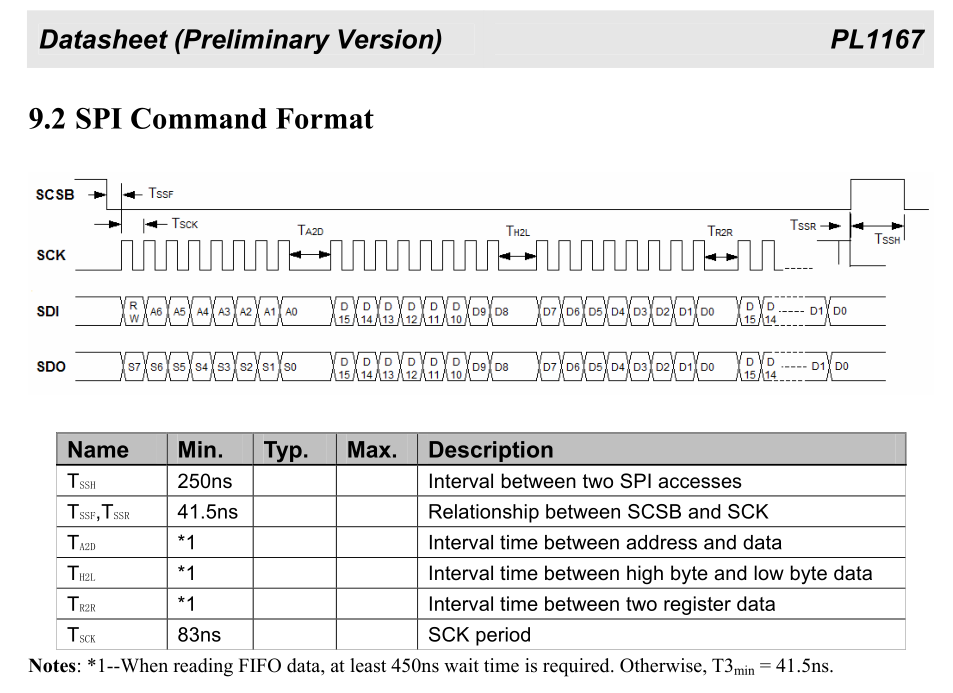 Not the answer you're looking for? Browse other questions tagged arduino spi or ask your own question.