I recently bought a remote control toy for my son which included 2 2S battery packs, with a single SM-3P plug, and a corresponding USB charger as shown here. 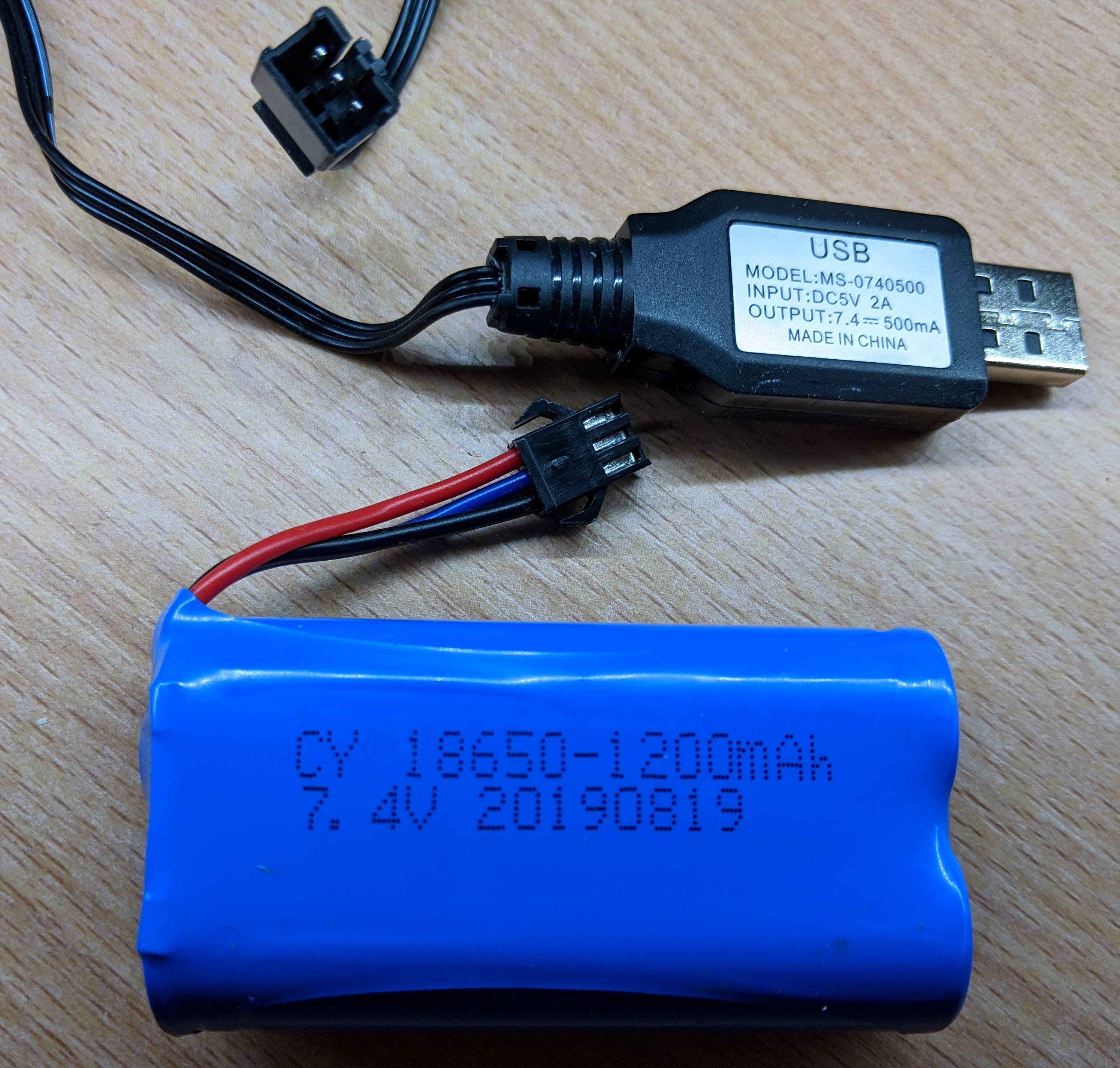 Initially, the car worked fine, though within one or two uses (can't recall now), one of the packs simply stopped powering the car, even though the supplied charger seemed to charge the pack successfully.

Soon after, the other pack has done likewise.

I have confirmed the car works fine when I wire up another 2S LiPo pack to it using jumper leads, so it is clearly the supplied packs that are under question.

I applied a volt meter across the terminals of the batteries. What I found for both packs is making me question my sanity: 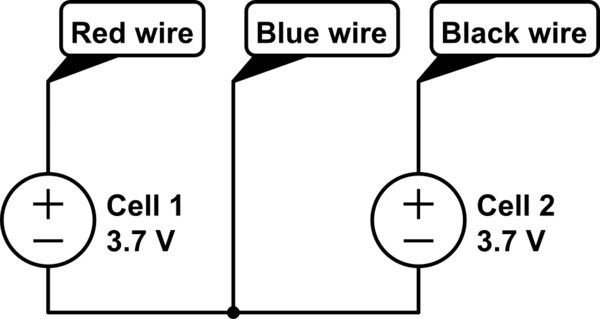 This just raises so many questions in my head:

I have not cut open the insulation to confirm the above assessment yet (it seems ludicrous!), as I don't have a good way of re-sealing it all up again and am hoping there is some logical explanation out there and a simple solution to the problem. Any suggestions or recommendations greatly appreciated!

Lastly, for the avoidance of doubt, the SM-3P battery connector in the car has only two pins, which connect to the red and black wires on the battery, as you would reasonably expect.

UPDATE: Just noted this post which suggests a possible explanation. It still seems very odd that this should happen to what should be two brand new batteries with only one or two cycles each, and both exhibiting an apparent full charge level in the reverse direction on the second cell.

UPDATE: Have cut away the insulation now. Here's what I found:

Also, I tried reading the voltage off the charger pins without the battery connected, but can't get a consistent result. It appears to oscillate quickly between about +3V and -3V, though difficult to be certain of those figures. My multimeter (Uni-T UT139C) doesn't update quite quickly enough.

UPDATE: Confirmed cells read normally when tested individually, per comment from Bruce. One reading 4.2v at present, the other reading 3.9v. (Oddly, I'm still getting 4.2v and 4.1v when reading across the plug pins... must be some function of the PCM causing this.) Voltage in series is 8.1v

Likely then that the PCM has malfunctioned somehow (in both batteries)? Perhaps the charger has caused some damage?

UPDATE 15-Apr-2020: So I finally received the replacement PCMs I ordered from AliExpress today. I am now ready check myself into an mental asylum. After switching the old module out for the one of the new modules, the behaviour is exactly the same. I even tried connecting the old and one of the other new modules to a separate pair of 18650 cells I had and got the same behaviour consistently. 0v across the power terminals of the PCM and voltage seemingly reversed when testing across the P- and BM (guessing this stands for Battery Middle?!) terminals of the module. Testing across the B- and BM terminals gives a reading as you would expect from testing the cell in isolation (that is, it isn't inverted!), though the reading is consistently around 0.1V or so off from the negative voltage reading gotten from P- and BM (similar to what I observed previously). Where do I go from here? How did this ever work? What am I doing wrong?

My 2 cents coz had the same problem with my grandson's rc. The stock battery died after 4-5 charges. Simply, get new 2 pieces 18650 battery. Unwrap the stock battery pack, unsolder the wirings with the balance connector. . Use that same wire exactly on the new batteries. Bingo, you just save couple of dollars for stock replacement battery! Test using the balance connector, will read cell 1, cell 2 and total charge.

Not the answer you're looking for? Browse other questions tagged batteries lithium-ion wiring or ask your own question.