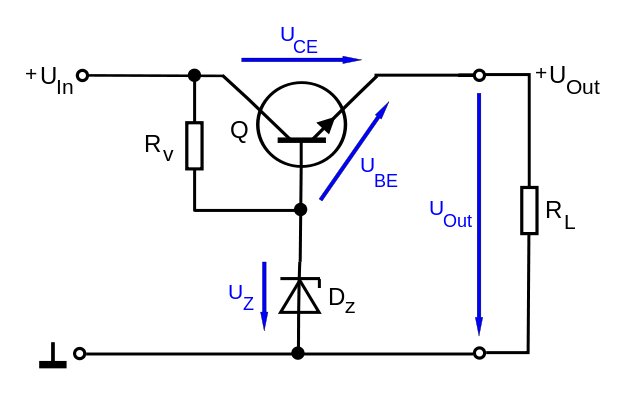 If its aim is that of generating a stable output voltage signal, the transistor should react in order to decrease Uout.

Let’s say the emitter is 0.6 volts below the base. Because B-E is a diode, we can think about how much current is flowing into the base given what we know about diodes. Here’s the 1N4148 as an example: - 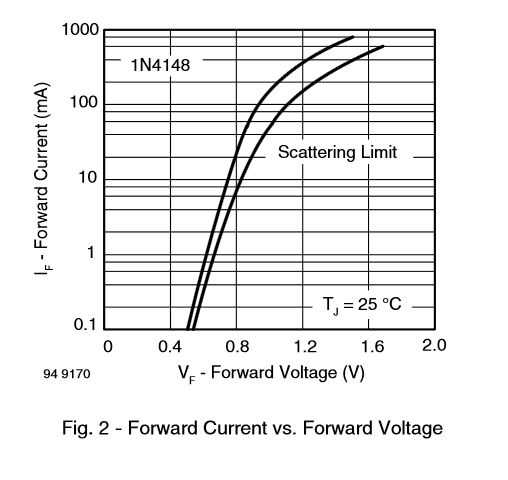 If the emitter voltage fell by (say) 100 mV (due to load changes) AND the base voltage remained constant (due to a very “perfect” zener diode at the base), the change in base current would be from 1 mA to about 6 mA and that’s a pretty decent change of current into the base.

That change in current is multiplied by hFE (say 100) and about 500 mA extra is dumped into the emitter resistor. This (largely) has the effect of countering that change in emitter voltage and, this is negative feedback and the beauty of the “emitter follower”.

Compare the above scenario with a BJT having a hFE of exactly 100 and with a constant 1 mA feeding the base. The emitter current would be 100 mA and this would entirely suit a 100 ohm emitter resistor requiring 10 volts across it.

However, if that load resistor changed to 90 ohms, due to the constant 1 mA base current (and fixed hFE), the emitter voltage has to drop to 9 volts. A poor regulator.

It is the non linear behaviour of the base emitter diode that produces such a decent regulation figure even though it’s a simple and single BJT.

what does it happen to the current through Rv

Rv is immaterial because, it’s there just to keep the zener voltage constant and my words above have assumed that it is constant.

Not the answer you're looking for? Browse other questions tagged transistors voltage-regulator circuit-design zener or ask your own question.

3
Voltage regulator design with op amp
0
Current in CE and CB configurations of a transistor when output voltage is increased?
0
Common base configuration, input V-I characteristics
1
How can this negative voltage spikes be explained?
0
Explain adjustable 4A regulator
0
Help me understand what happens with the circuit when an AC signal is applied
3
What is Cut-Off Current in BJT transistors?
0
Discrete linear voltage regulator
2
Large Signal Transconductor