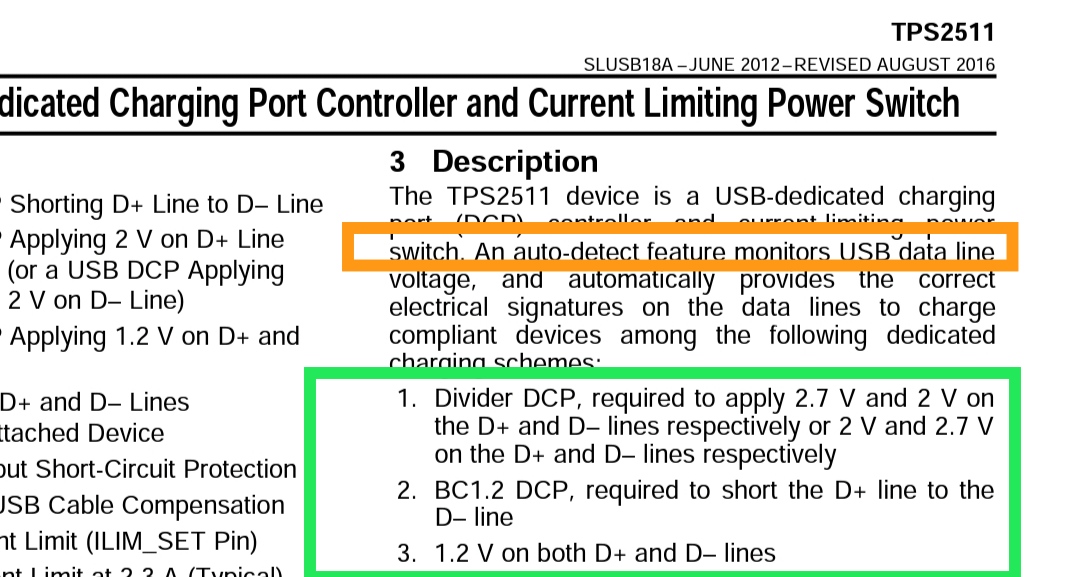 64
What is the ideal way to handle data pins D+ and D- on a USB power adapter to be compatible with fast charging on devices?

3
Will a device charger with higher current output necessarily charge an electronic device faster?
2
How do phones charge their battery at seemingly any rate with no issues? 500mA or 1A or 1.2A depending on the charger?
26
How do USB charging and "smart" charging ports (e.g. Anker's PowerIQ) work?
2
How can the SparkFun Lipo USB charger power other devices at the same time as charging?
1
how can I current-limit a Raspberry Pi 2 USB host port so phones/tables do not try to charge
0
How to disable charging of a battery while still powering my application?
0
Charging a Li-Ion battery with a photovoltaic cell during constant current phase
5
Is it generally safe to use any USB charger with any USB device? How does device know what current is charger able to provide?
3
How to keep a small Li-Ion battery on float for backup service?
2
Using an MCP73831 charge controller with a BAS3007A Low VF Schottky Diode Array