I have a BLDC hub motor (out runner type; 3 phase wires) for my electric bike. It currently has 1 set of hall sensors (3 pieces) and I would like to install a second set (3 more) for spare (in case one of the original 3 stops working). 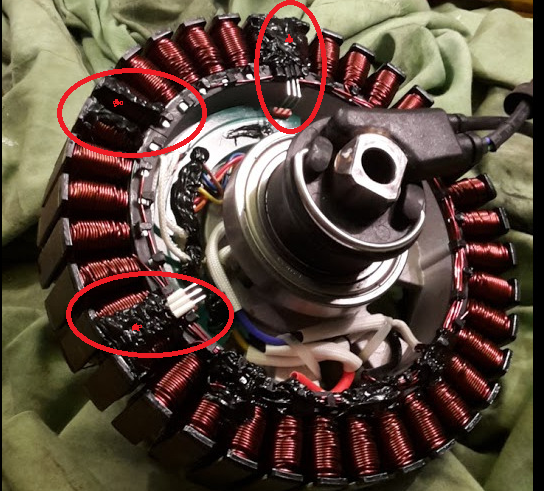 NOTE: on the photo the middle hall sensor is not installed since the photo was taken when replacing it with a new hall sensor.

In the following picture I have tried to indicate which wires serve which purpose: (The wires indicated in red are the motor phase wires) 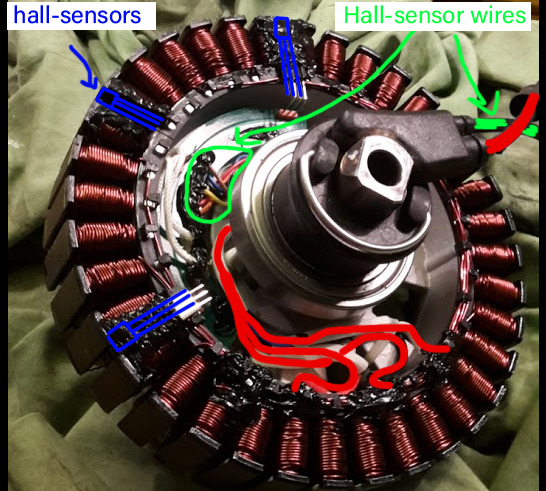 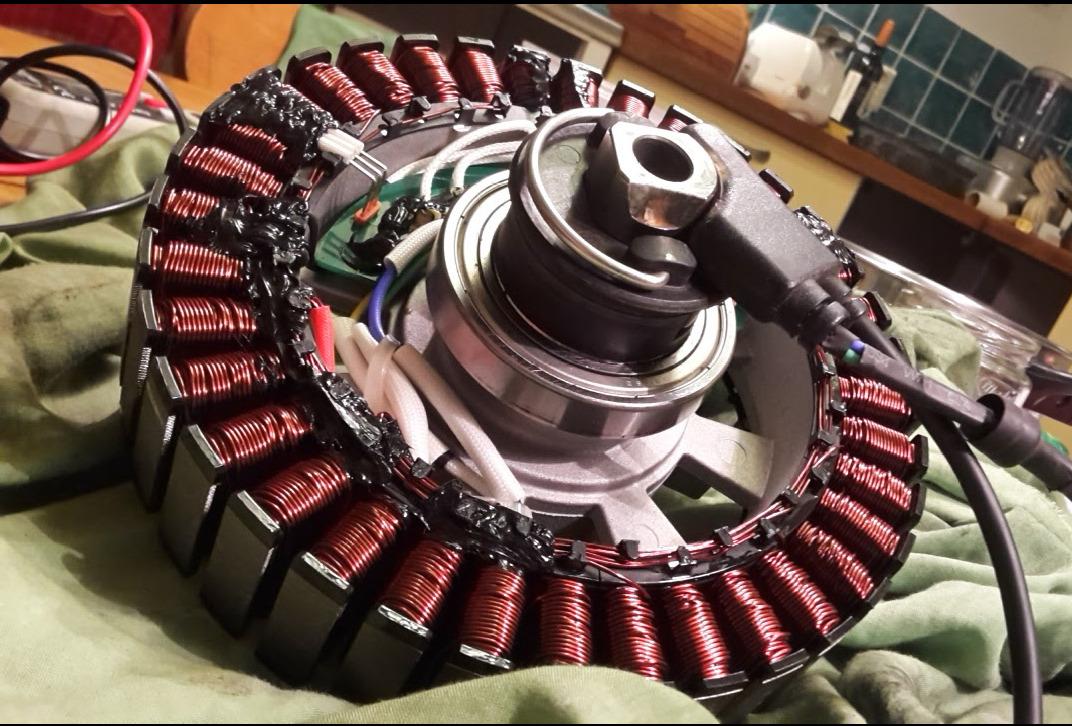 There is also 1 wire for a temperature sensor among the wires inside the green circle but Its currently not connected.

There are hub motors which come with 2 sets of hall sensors from the factory and I would like to upgrade mine to 2 sets.

The current set was installed from the factory.

You can place the other three Hall sensor in the next groove: That is: you rotate each Hall sensor (clockwise or counter colckwise doesn't matter).

Not the answer you're looking for? Browse other questions tagged dc-motor brushless-dc-motor timing hall-effect or ask your own question.