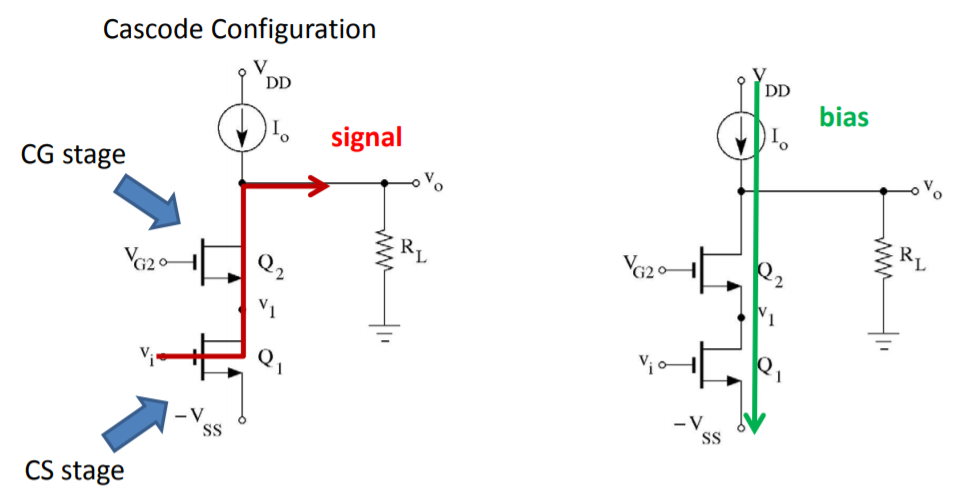 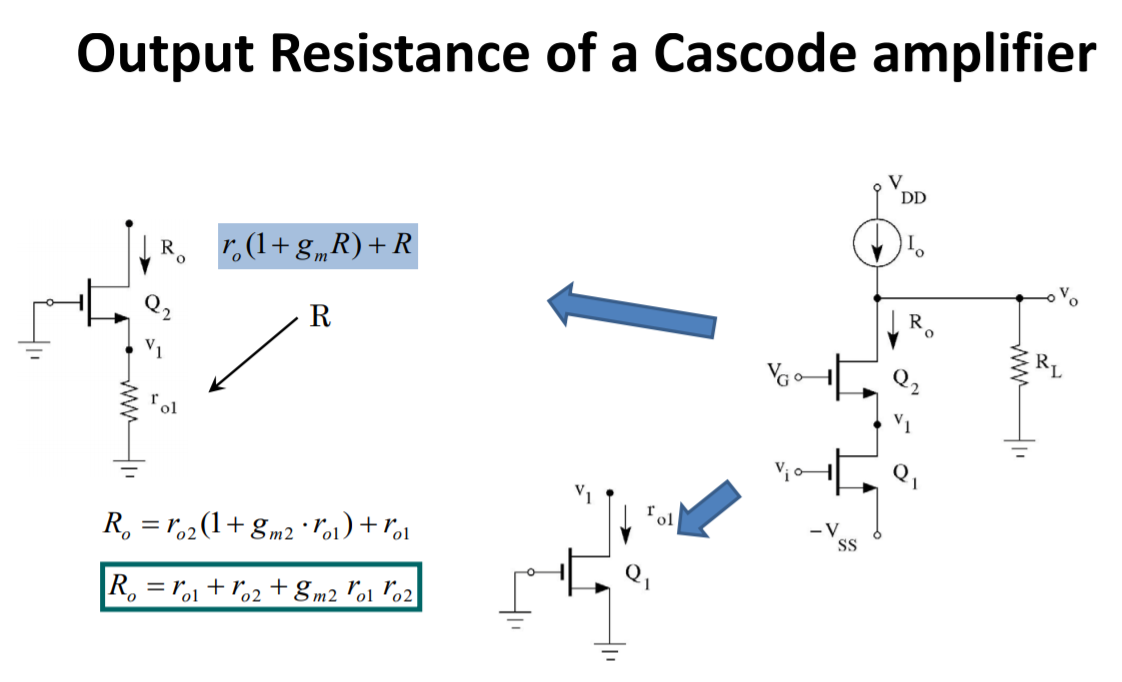 1) Is it good as a voltage amplifier or as a transconductance amplifier?

I do not understand it because: - voltage gain is evaluated, so it seems that it is used as a voltage amplifier - when the output resistance is evaluated, we see that it is very high, that is not good for a voltage amplifier. Moreover, I have read in my notes that cascode is used sometimes in order to increase the output resistance in order to have a better behaviour as a current source. But if it is true, I do not understand how can it be a current source, since the load will receive a current which is not equal to the drain current, but to I0 - drain current (except the case in which the load is a short).

2) Do we prefer designing Q1 and Q2 to work in saturation or in triode? And why?

The gm of the structure is still the gm of the bottom transistor while the output impedance is much higher than a CS amplifier.This helps boost the small signal gain of the device, provided the Io in the picture is also implemented as cascode, otherwise the gain will be limited by the output impedance of the current source Io. However cascoding comes at the expense of reduced voltage headroom at the output.

The output of interest is the small signal output current , the gm of the device is unchanged, however the current into the load will be a higher fraction of gm.vi due to its increased output impedance, more of the gm.vi current will into the load.

The idea here is that an ideal current source has infinite output impedance , that is the current it sinks or sources is independent of the voltage across it.

Now when you implement the Io in the above image as a cascode , any small change at the output voltage should not change the Io value as it will mess up the biasing of the circuitry. If Io was just one PMOS , any change at the output would have directly changed its Vds and hence the mirroring of the current Io from the reference. Cascoding helps in reducing the change in Vds by a factor of gm.ro which helps it mirror better and be better current source.

I have assumed that you know how Io in the figure will be implemented, if not please go through slides of Allen Philip online.

Both the transistors need to be in saturation since the output impedance is lowered in the triode region, hampering the performance of transconductance stage.

Not the answer you're looking for? Browse other questions tagged transistors circuit-analysis amplifier circuit-design cmos or ask your own question.

0
Gain and output impedance of an amplifier
1
MOSFET as a VCCS or an variable resistance
0
Output Resistance of a High-Swing Cascode Current Mirror
0
About the output resistance of a voltage amplifier
0
Output voltage in MOS cascode amplifier
0
Diode Connected MOS
0
Sizing transistors (W/L) for an IC Operational Amplifier
1
What happens to the output voltage in CS Amplifier when signal source is large enough to drive the transistor into cutoff and triode regions?