Based on that, meaning that in every calculation, I need to use DC current for power calculation, not RMS value.

By using simulation, I managed to get RMS & average value at my flyback secondary side. Both value are correct based on my calculation. Refer image below:

how can I estimate the average current from the RMS current?

Generally you can't. For instance, think about a regular AC power waveform; the current will be a sinewave and a sinewave has an average value that is always zero (despite having a significant RMS value). However, if you want to understand how your half saw-tooth RMS value converts to "average", we can do this because we know what the waveform looks like. So, for approximately 58% of the time the waveform is zero (as per your drawing) and that means that all the energy is contained in the falling saw tooth part of the waveform (42%).

If that current waveform were a continuous saw-tooth, it would have an RMS value that is \$\dfrac{I_P}{\sqrt3}\$.

Here's the proof for a voltage waveform: - 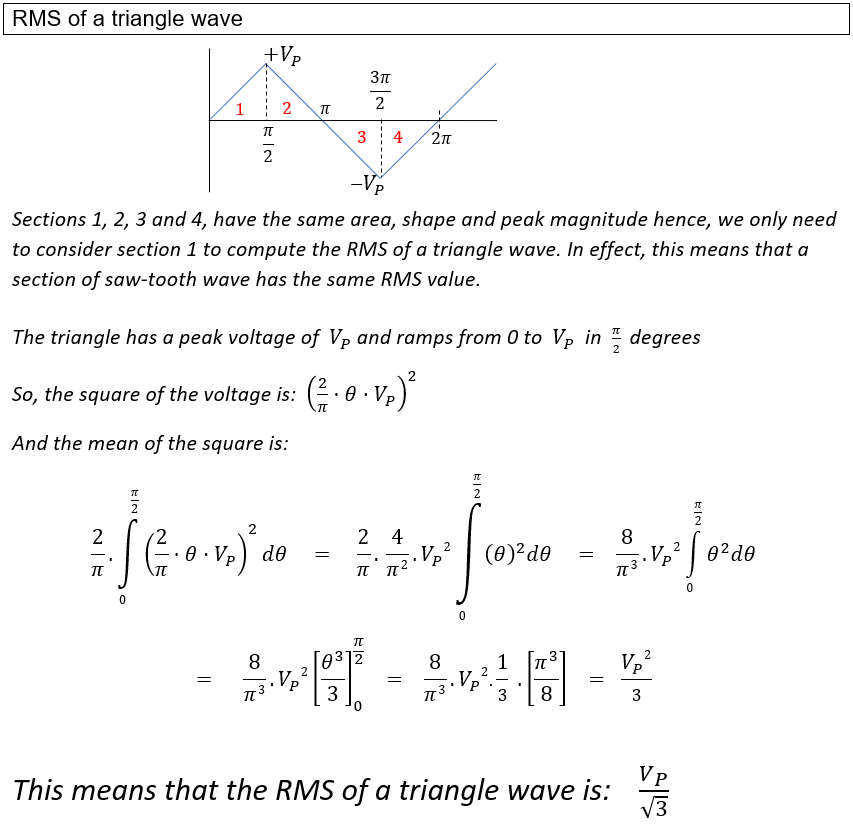 This is the RMS formula for a triangle or saw-tooth waveform based on the peak value.

So, given that the peak current is around 9.1 amps (from your picture), AND the if waveform had no “dead time”, the RMS would be 5.25 amps. But, because we know that there is around 58% “dead time” after the saw tooth has fallen to zero, the square of that RMS value (the power) can be multiplied by 0.42 (then square rooted) to yield an effective RMS value of 3.41 amps. Your picture shows an RMS value of 3.42 amps: - 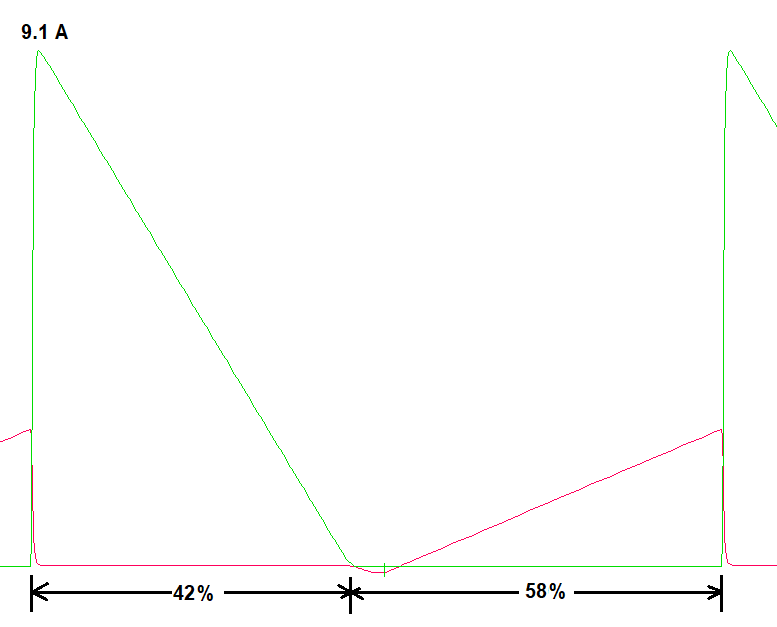 But, do you see that in order to go from RMS to average, you need to know a lot about the waveform shape. In other words there is no generic relationship.

How can I measure this average current in actual condition

Use your meter set to measure DC current - it will average your true wave form.

What is the actual purpose of this RMS current value? When do we use this RMS value in real situation?

0
How to find Rsense value?
0
Calculating RMS of Simple Waveform

2
Why doesn't the RMS current and voltage give me average power?
1
Linear Power Supply Transformer
0
Which one is correct for this power consumption estimation?
0
What current should be used to calculated the drop across the diode? RMS current or average current?
3
Improving Flyback DCM Peak Power using CCM
1
Difference between equivalent output current & secondary RMS output current for flyback
2
Why is there a huge difference between Is2(peak) and Is2(rms) in flyback converter?