I tried to implement a FF of my own, using logic gates, but for some reason, it doesn't work. When I tried using the FF component which multisim offers, I linked the FF's in a row, but the second FF get's contaminated too soon, before the second pulse arrives - thus activating the diode before the time. perhaps anyone could give me some advice on what am i doing wrong: 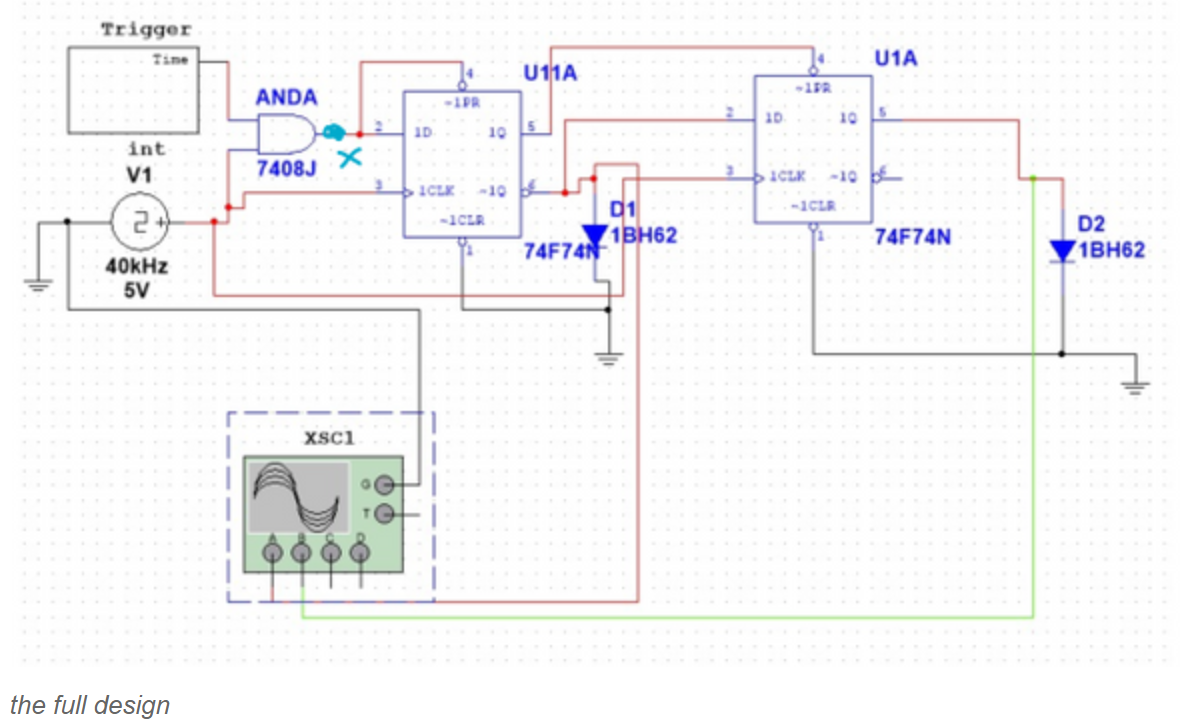 the simulation result of the blue point X marked in picture (1) - the AND gate output: 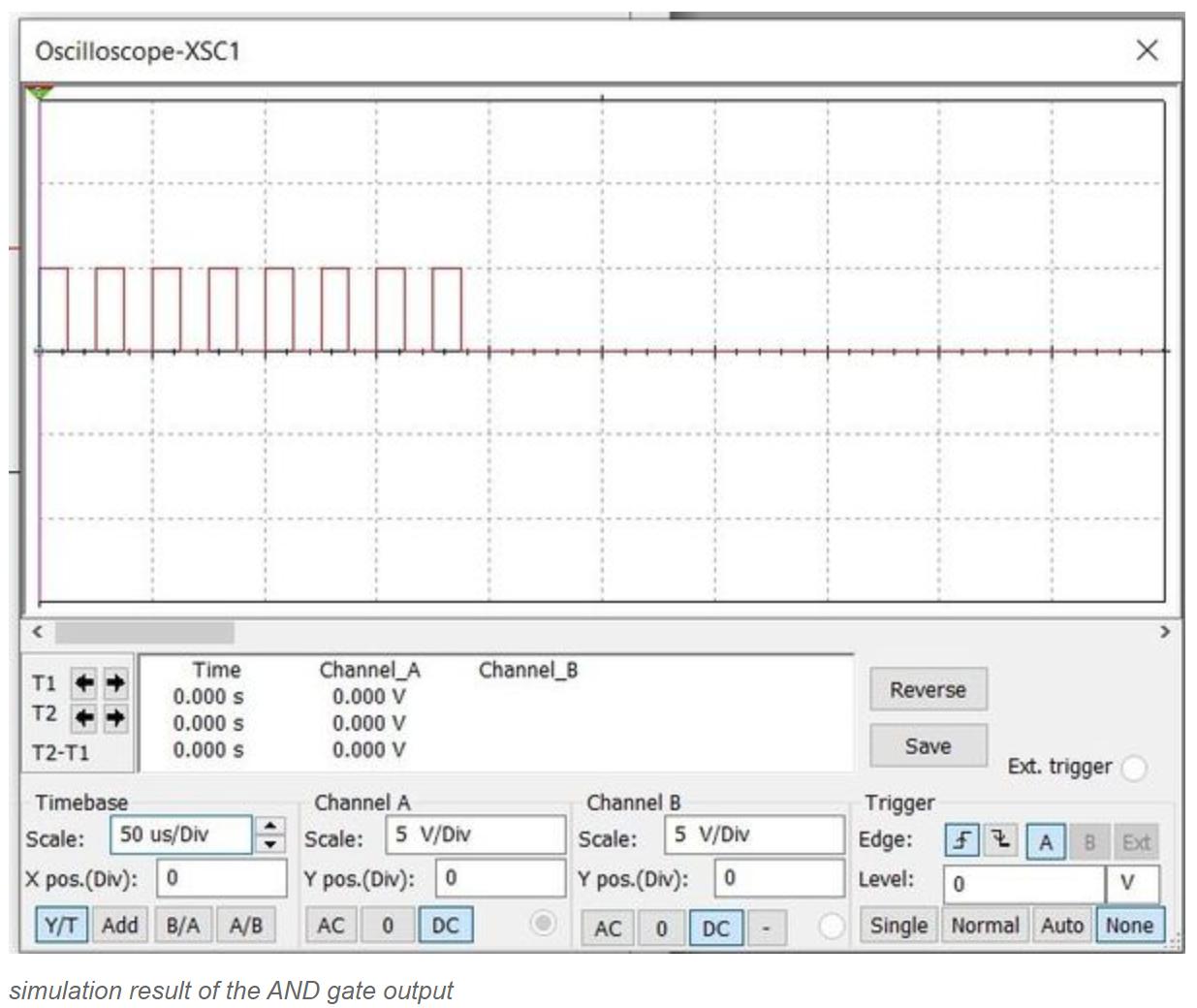 mulation result of the FF's as depicted in picture (1): 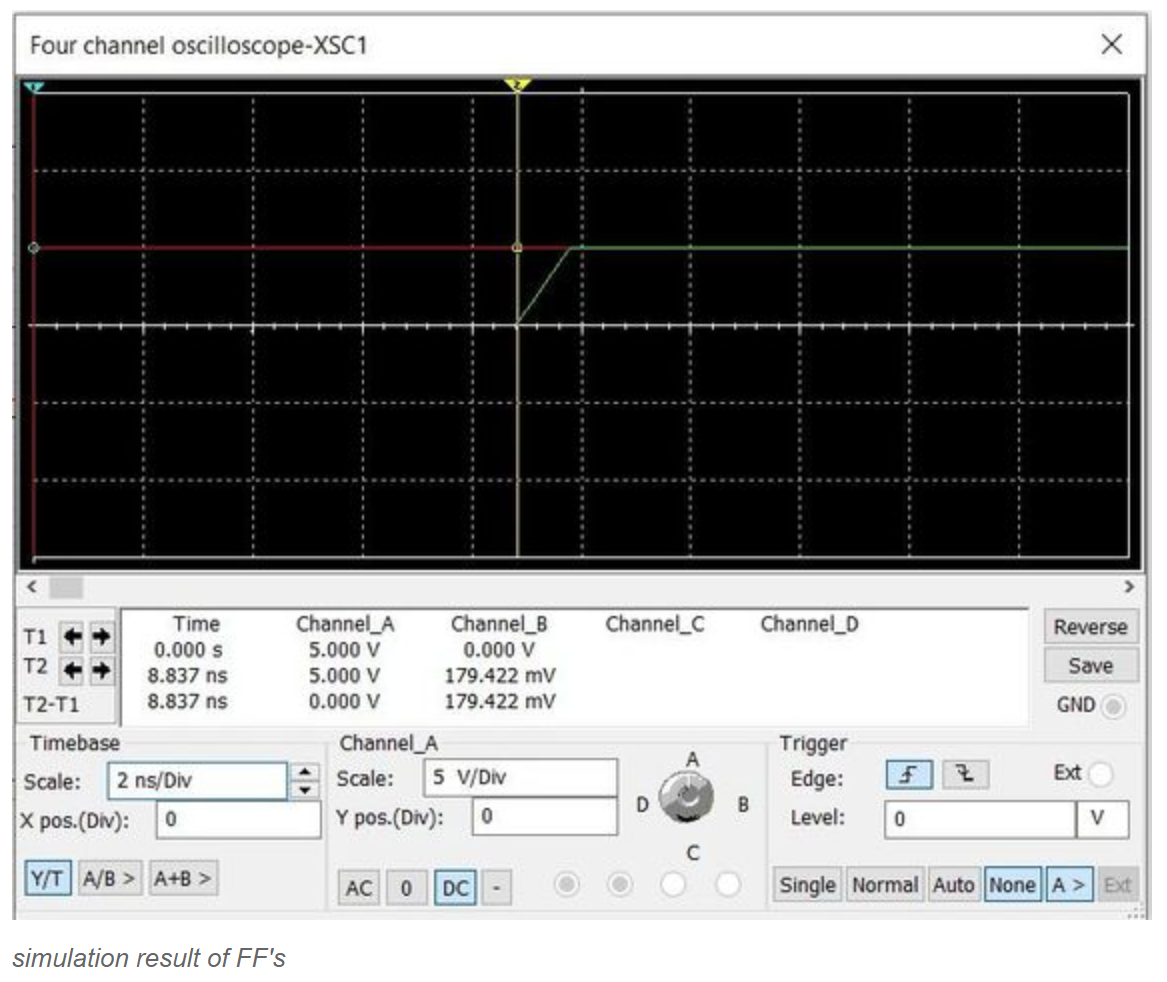 NOTE: the second pulse arrives after 2.5x(10^-5) sec, but the second FF (depicted in green in the 3rd picture) gets contaminated and activates the diode after 2x(10^-9) sec

and last, my FF implementation using logic gates which refuses to work and outputs zero all the time: 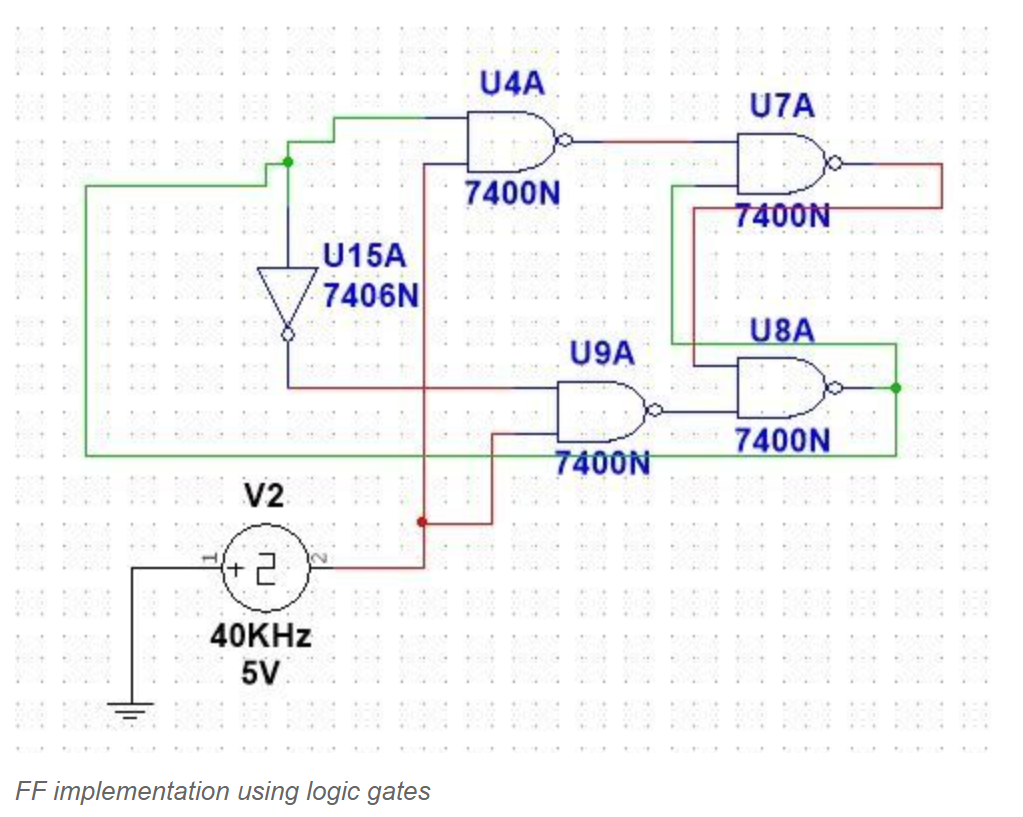 Thank you very much for you time and attention!

There're a lot of "shift register circuit" circuits on the internet, reuse their design instead of inventing the bycicle.

Regarding your gated circuit: I suspect you must add propagation delays to the components for simulation to take place properly. In ideal conditions, when each gate propagates the signal immediately, the device will not work.

Not the answer you're looking for? Browse other questions tagged counter multisim or ask your own question.