Does the unit step response not affect the transfer function? 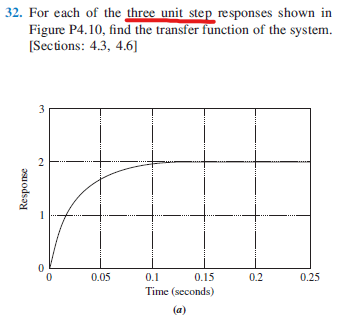 this question says that this figure shows three unit step responses and was asked to find the transfer function.

The picture you include is a single step input response, maybe there are different plots nearby with the other two step responses.

Doesn't the input step responses only affect the output?

So to look for the transfer function does not matter how many step unit response?