I'm fairly new to embedded developping and I'm trying to read and write to a 1-wire device (DS18B20) using USART. After digging around I found two alternatives: 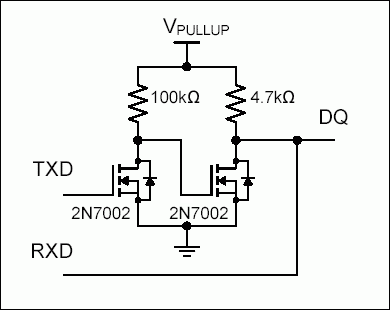 My Question is: I wanted to know if single wire mode does this internally or do I still have to do it.

you don't need external circuitry if you enable open drain mode for the UART Tx pin when configured as single wire mode. Check in detail with your actual MCU.

Referring to the application note from maxim:

From the same Note:

Since most UART transmit data (TXD) pins are not open drain, an external open-drain buffer circuit is usually needed. This circuit can be constructed out of discrete components as shown in Figure 2a, or integrated solutions such as the Fairchild NC7WZ07 shown in Figure 2b are available. In both circuits, the 4.7kΩ pullup resistor provides the logic high on the 1-Wire bus. 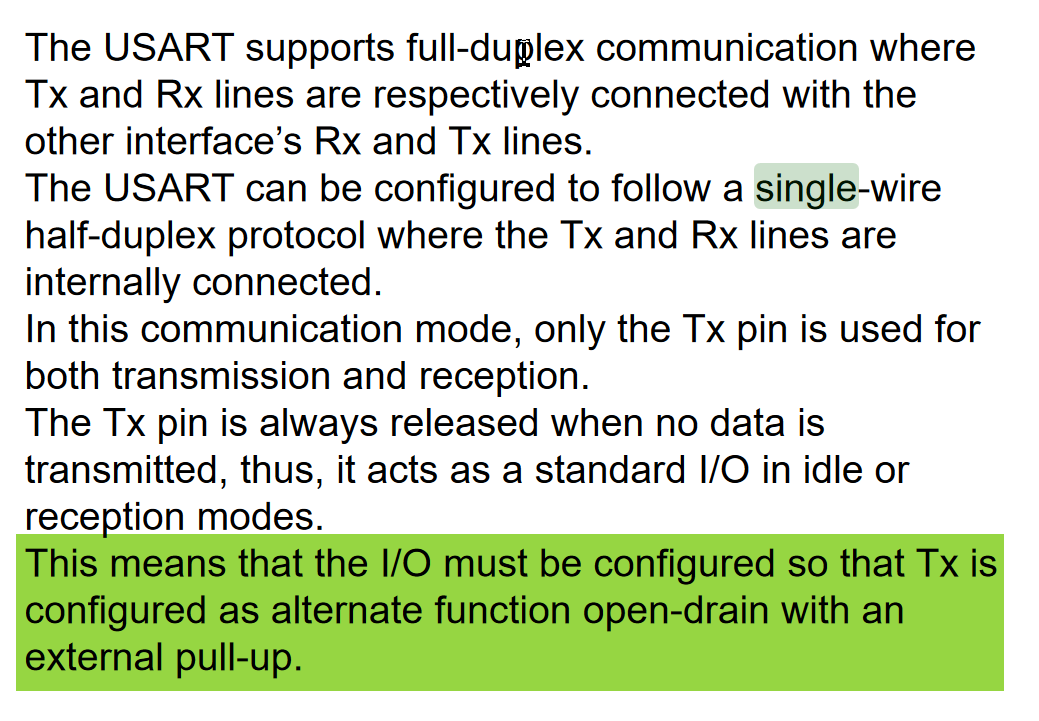 Yes, 1-wire is an open drain idle-pullup bus, and you, as single device, will need to implement that element you show.

The "true" 1-wire devices like your DS... IC have that built-in.

Note that this doesn't solve the issues of adhering to 1-wire bus timings, but that's a microcontroller software issue. 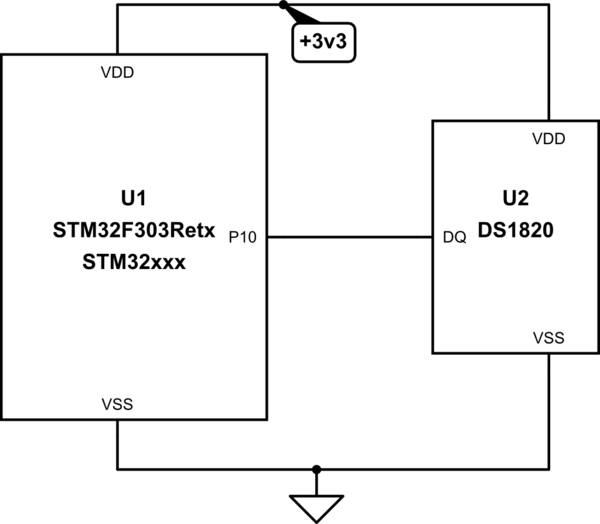 STM32, as from User323693 previous answer, has a "Single Wire" mode very close to what "onewire" require for. Caveat about is we require a simultaneous receive and transmit to implement OW over Usart. ST provide HAL_HalfDuplex_EnableTransmitter(), HAL_HalfDuplex_EnableReceiver() this way receiver is off when transmit and viceversa. Hacking Hal library I produced a full duplex mode Single Wire Library, actual preview code is here: Single wire Access Onewire on STM32. Inspired from this post I plan complete code and get published in a short time

Not the answer you're looking for? Browse other questions tagged sensor stm32 uart stm32cubemx 1-wire or ask your own question.