Push pull converter magnetizing current during both switch off state? 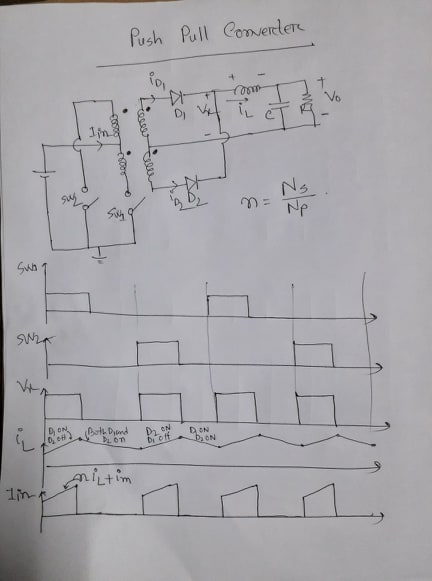 According to this picture, input current/primary current, Iin comprises of secondary current iL and magnetizing current im during sw1 on and sw2 off. What happens to this current when both switch is off? If the current is zero during both switch off, becuase there is no free wheeling path, then how can primary winding of transfromer allow such abrupt current change to zero without creating harm to switch or destroying something?

In a push-pull converter, when both switches are off, there is a net 0-V across the transformer primary side because both diodes are conducting for the output inductor demagnetization phase. The magnetizing current keeps circulating in the secondary side but because there is no voltage across the primary winding, the magnetizing current pauses. This is the flat portion missing in your drawing. The below simulation shows the waveforms: 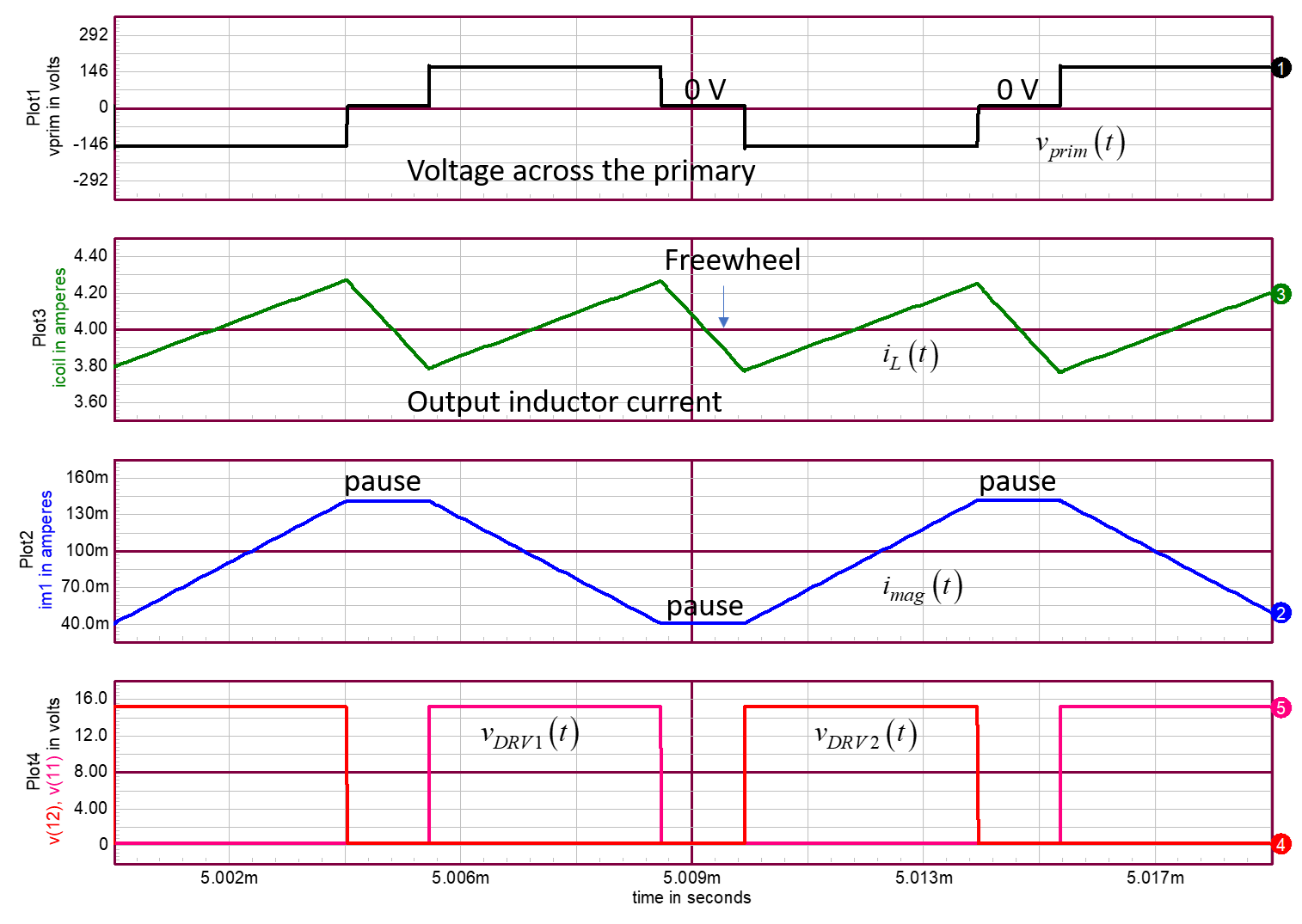 You can find a comprehensive description of the push-pull converter in the Google preview of this book.

Edit: to avoid confusion, I've added below a SIMPLIS simulation using a simple pulse width modulator. Please note the presence of the output inductor which is necessary in all buck-derived topologies: 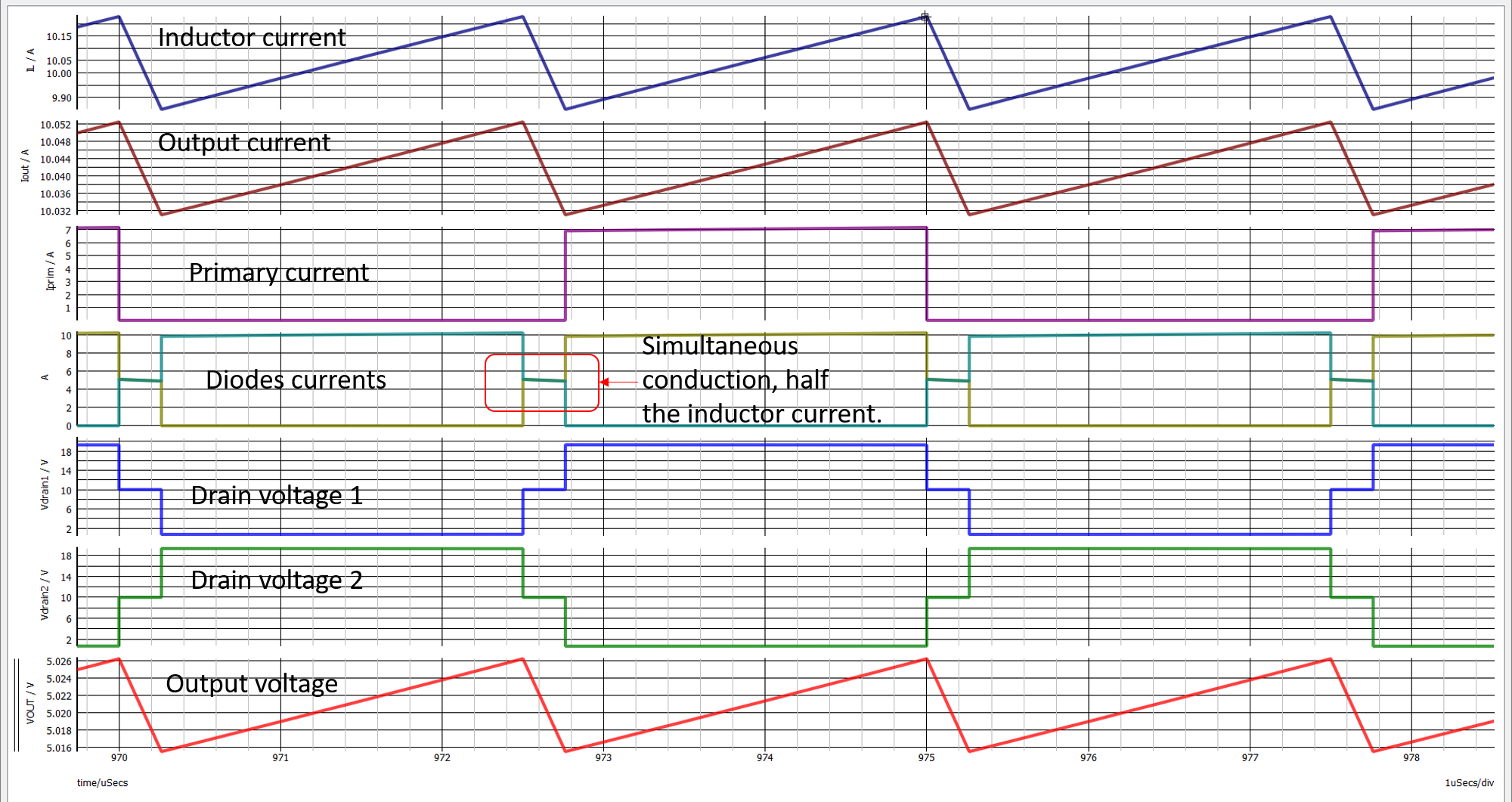 In reality, some imbalance can occur considering variations between diodes.

In a push pull converter during turn on a switch magnetizing current and load reflected current build up.

During both switch off state secondary coil does not carry current.

Incorrect. The residual energy in the primary is in the form of magnetism and that can equally be used in the secondary as it would be in a flyback converter so, one of the secondary half windings will be forward biased and push that energy to the load: - 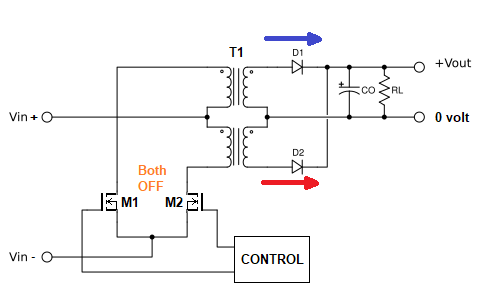 But when both switch off waveform shows primary current is zero. So my question is where does the charged magnetizing current discharges?

I think the above explains that.

I've added a simulation to show what I mean: - 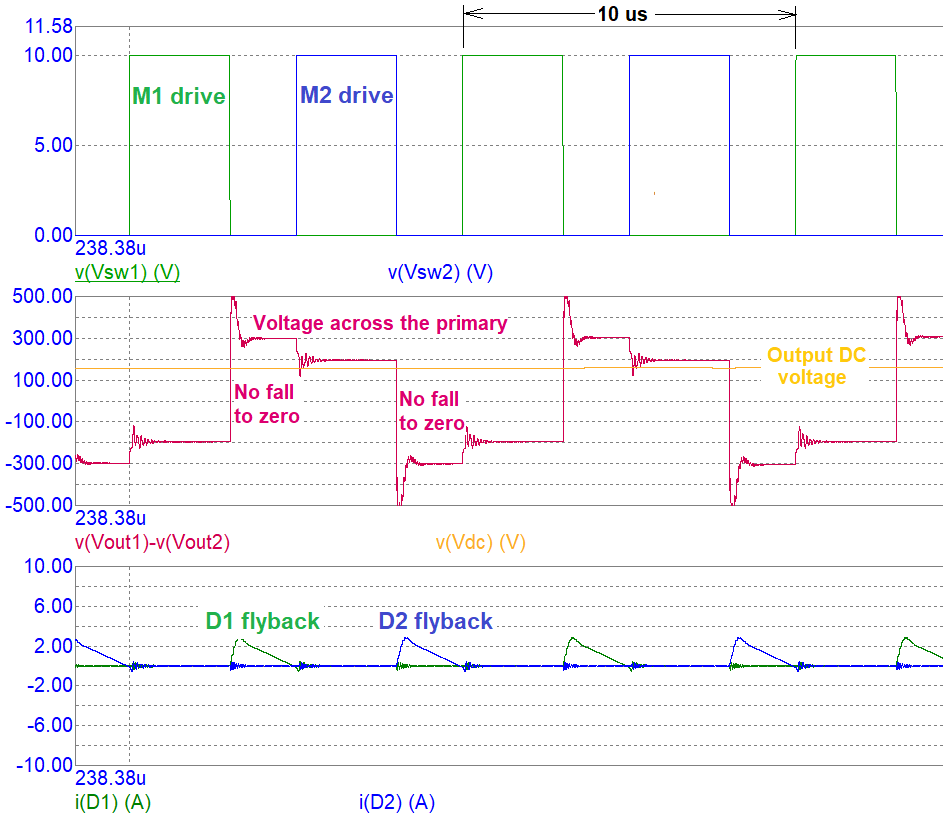 The circuit is this: -

Not the answer you're looking for? Browse other questions tagged power-supply power-electronics dc-dc-converter magnetics push-pull or ask your own question.